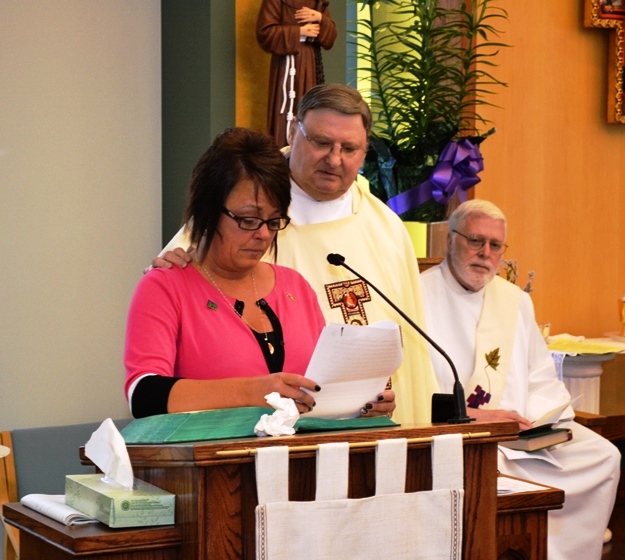 Kelly Swart receives a consoling hand from the Rev. Anthony Janik, Franciscan St. Anthony Health-Crown Point director of spiritual services, during the hospital’s annual observance of National Donate Life Month on April 20. During a packed program in the hospital’s Corpus Christi Chapel, Swart, of Cedar Lake, recalled the story of her daughter Ashley, who died unexpectedly nearly 18 months ago, but who lives on through her commitment as an organ donor.

“Ashley was a loving, compassionate, beautiful and smart girl, who saved the lives of four people and influenced many others, because of her decision to be a donor. We know Ashley lives on and realize the importance of organ donation. We must support each other, as she did. We live each day in honor and remembrance of her. She truly is a hero, who gave the greatest gift of all – life to others,” her mother said. Other speakers at the program included Carol Schuster, hospital vice president of patient care services and regional chief nursing officer; Crown Point City Councilman Andrew Kyres; and Lake County Coroner Merrilee Frey. Janik officiated at a Mass, along with Deacon William Sayre, following the program, during which Janik again paid tribute to the Swart family and others on hand and touted the value of organ donation. 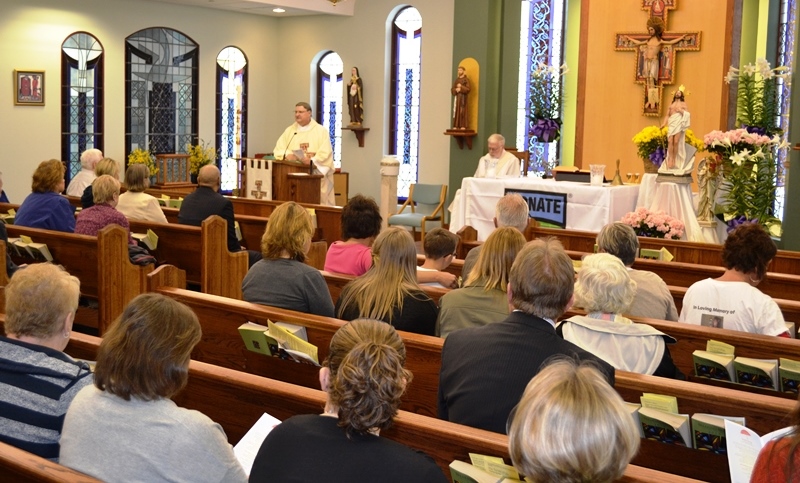