Over their 62 years, Chicago Street Theatre has gained a reputation as a company that takes risks with edgy works, as well as, new and original material that's never been seen before. January 27 through February 11, audiences can experience the World Premiere of Pale Dream by CST member Matt Pera. The new drama is directed by Traci Brant and tells the compelling story of Russ and Doug; two brothers who drifted away from one another and the dreams of their youth. When their father becomes ill, they are forced to reunite. The homecoming brings up numerous emotional questions as the pair confront the people they've become and who it is they might have been.

Following the success of last season's World Premiere of Nedra Pezold Roberts' Wash, Dry, Fold, director Brant is no stranger to tackling new works, She and her directing partner, Jonni Pera (who by the way is the playwright's mom) have taken on the challenges of directing previously unproduced works like American Rex by Chicago playwright, Joshua Rollins along with Backwards in High Heels and Brother of All by CST's Resident Playwright, Jim Henry.

Brant, who served as Chicago Street's Artistic Chair, says that like many other new plays, Pale Dream went through of table and staged readings with the theatre's Artistic Committee to help Matt develop the script. She added that the overall process can take up to two years sometimes before a show is ready for the stage. "The collaborative process is really important to what we do at CST," said Brant," because you're giving life to a brand new work of art and that's really exciting."

The playwright admitted that he trusts the theatre completely with his script. "My grandparents were involved with the theatre and my parents are still important contributors to what Chicago Street does," said Pera, " As a kid, I grew up down here being in plays and helping as a volunteer. In a sense it's helped inform me as a playwright because I've seen or been part of so many great shows at this theatre that it kind of sets a benchmark for what I'd like to achieve as a writer."

While the story of Pale Dream is original, Pera says that it is based loosely on situations in his own life and with some of the relationships he's had within his extended theatre family. In the past, Matt has worked as a writer in the media and contributed short stories to various publications. He has also written and directed some short films featuring his family members and his friends from the theatre. "Writing a play is an opportunity to go back to how the love of storytelling and movies started for me," added Pera. 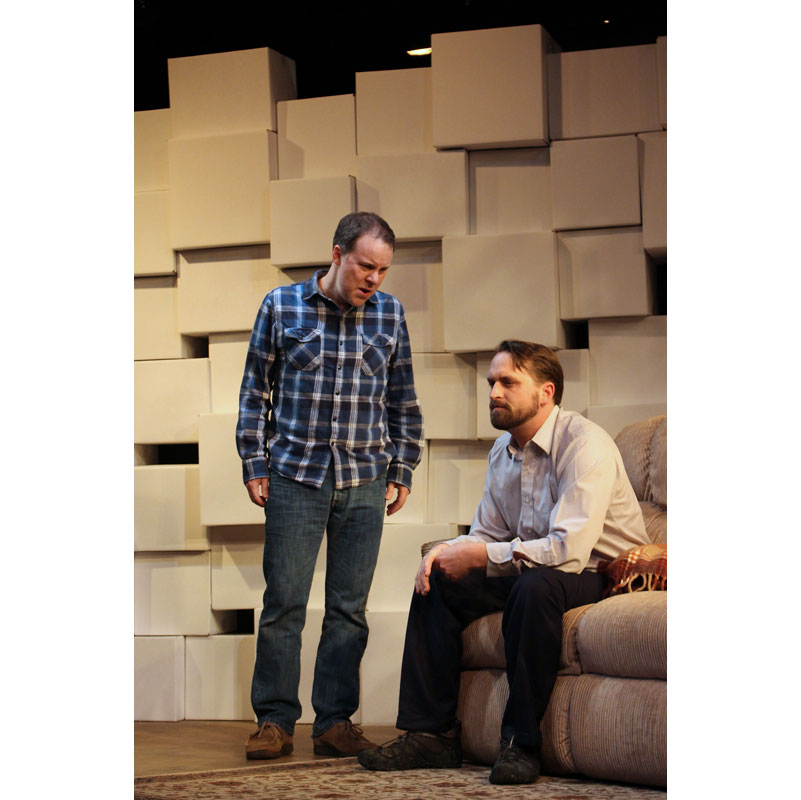 Brant says that whenever she directs it's about clear storytelling to connect with the audience. "One of the primary missions for Chicago Street Theatre is to establish a nurturing relationship between artists and the community," she said, "When you move forward with developing a talent that's right in your own backyard, it's serving that mission in so many ways."

She feels that one of the hurdles directors face with producing a new work is taking what is written on the page and create the world that the play is to inhabit. Brant is collaborating with a team of designers to blaze a trail with blocking, set, lighting, and sound. She admits that it can be challenging to approach material where there are no prior references to how the work was handled before. Because Pale Dream is a work in progress, some of the solutions that Brant and her team device for staging it will most likely be added to the next draft of Pera's script.

Performances run January 27 through February 11 at Chicago Street Theatre. Tickets are available through the theatre's box office at 219-464-1636 X1 or through the website at ChicagoStreet.org. Prices are: $20 for Adults and $17 for Students, Seniors and Groups of ten or More. 4 VIP Couch seats are also available each night of the production for $30 per person. Box Office hours are: Noon to 4PM Tuesday through Saturday and two hours prior to show times. Pale Dream is intended for mature audiences.

On Friday, January 27, audiences are invited to join the cast and crew following the show for an Opening Night Party hosted by Main + Lincoln located at 210 E. Lincolnway in Valparaiso. Audiences can also stay after the production on February 9 to discuss this new work with the cast, crew and playwright as part of CST's popular Thursday Talkback series. Chicago Street Theatre hopes that the community will take advantage of seeing this new work as they continue to offer the region the very best in live theatrical experiences.