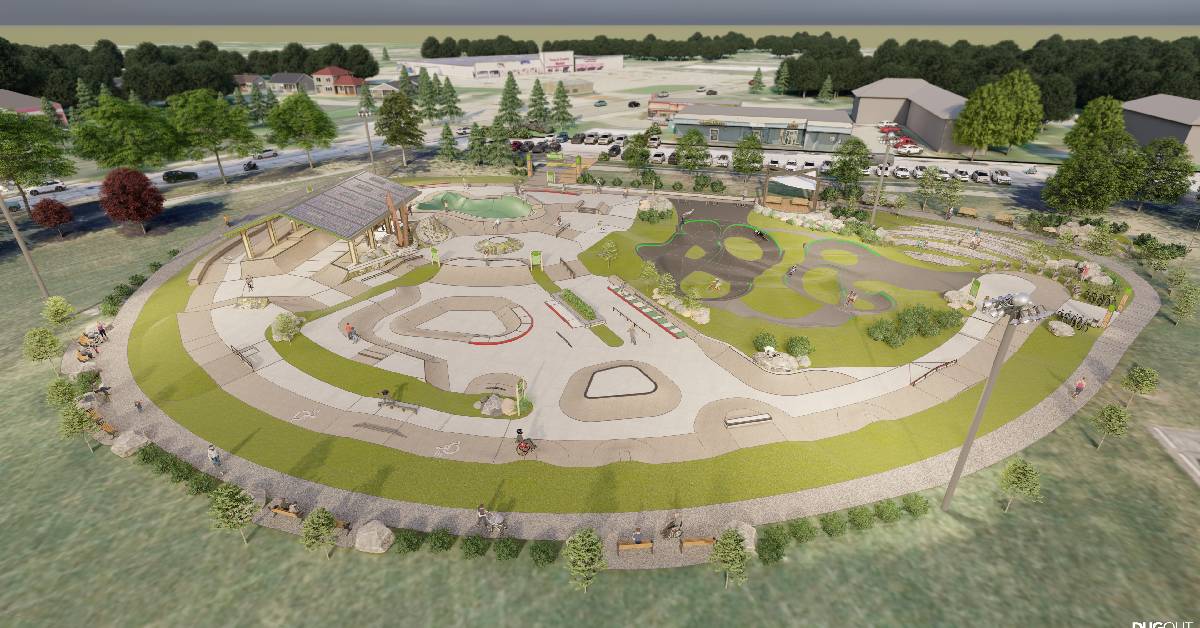 The Valparaiso Parks and Recreation Department is shredding up the concept of a typical skatepark and is instead creating a state-of-the-art space for skaters of all skill levels and abilities.

Kevin Nuppnau, Assistant Director at Valpo Parks, says that the first phase of the operation for the skatepark finished at the end of April. As the department pushes forward to phase two, they hope to bring the new and improved park to fruition.

First, the department hopes to solidify a location. One spot on Nuppnau’s mind is Fairgrounds Park, where connectivity to the skatepark within the park itself would be ideal.

“It will have very creative lines through the park to connect them from one area to another,” Nuppnau said.

Sidewalks and parking lots will be easily accessible to those who would like to utilize the estimated 12,000 to 15,000 square feet of skateable area, including the possibility of a sheltered area that will allow skaters to ride in rain or shine. Nuppnau says this area will also be highly visual to those who do not skateboard themselves.

“As people are driving by or walking around the park, they’ll be able to see this skate park that will have an art element to it,” Nuppnau said.

Designed by Valparaiso native and X Games Course Designer Dug Ketterman, the skatepark’s unique blueprint will make it a feature in the Region’s skate park world.

“I’ve got stacks of drawings,” Ketterman said. “It’s been a matter of compiling designs over the years and putting it all together.”

Ketterman has enjoyed every step of the process, especially completing a project to this degree in his hometown after going to school, participating in the X Games trials, and founding his own company, DugOut Design Studio.

“It’s been great working with the city again. Everyone has been very supportive and open to ideas,” Ketterman said.

Nuppnau described the new park as something the town has never seen before, considering its last skatepark was constructed in 1997.

“We are looking forward to skipping a few generations and moving towards this new, state-of-the-art skatepark, and even being on the cutting edge of this design,” Nuppnau said.

Ketterman agreed, expressing that an up-to-date facility in the area is much needed.
“It was on par for what it was, but now 20 years later, the park just started falling apart and it wasn’t even skateable, it wasn’t even fun,” Ketterman said.

With this new skatepark will come new advancements for those who are beginner, intermediate, and advanced skaters, as well as adaptive athletes in wheelchairs.

“We intend to make it very user-friendly for those of all ages and all abilities,” Nuppnau said.

In addition to the parks department, Nuppnau also credits the Valparaiso community for its encouragement throughout the operation. The support has made the design and production teams want to move forward even more quickly to finish this project.

“We really think everyone will be ecstatic for what’s to come,” he said.

For those who would like to extend a helping hand to the construction of the skate park, Nuppnau said sponsorships are available in the form of monetary donations. These donations could result in benches, naming rights inside the facility itself, and the etching of logos and business names on the main entrance.

“We’re hopeful that their encouragement will still be there as phase two goes underway,” Nuppnau said.

To learn more about the Valparaiso Parks and Recreation Department, visit at www.valpoparks.org. Visit the official page for the skatepark at http://valpoparks.org/583/Next-Generation-Skatepark