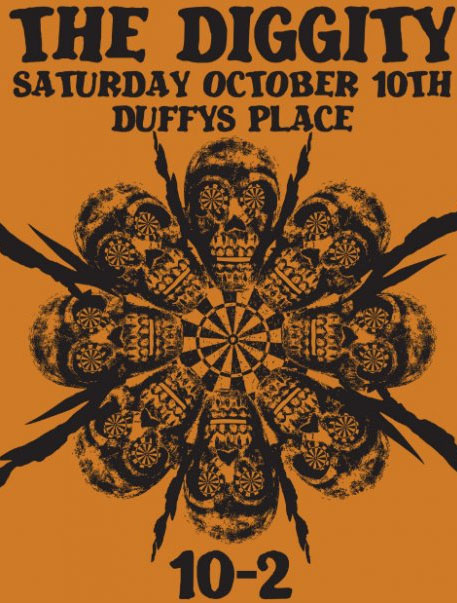 The Diggity is a 6 piece Funk/Rock/Experimental Jam Band, carrying a sound like no one else on earth. The Diggity will captivate your mind with their creative song writing, unique instrumentals, and their mind altering twisted creation of funk.  The band, born in late 2001, started out as an alternative rock band. A year later they made the transition to jam friendly music pulling influences from bands such as (but not limited to) Widespread Panic, Phish, Grateful Dead, the Allman Brothers Band, LLAMA, and The New Mastersounds. In 2006, the Diggity decided to liven it up and move from just playing local coffee shops to playing all over Indiana, and in late 2006 the band took on the challenge of recording an album, which was released in April 2007, entitled, "Out of The Woodwork".

Check out more on The Diggity, give their music a listen, contact them about playing at your event, or leave them a message all on The Diggity's myspace page.