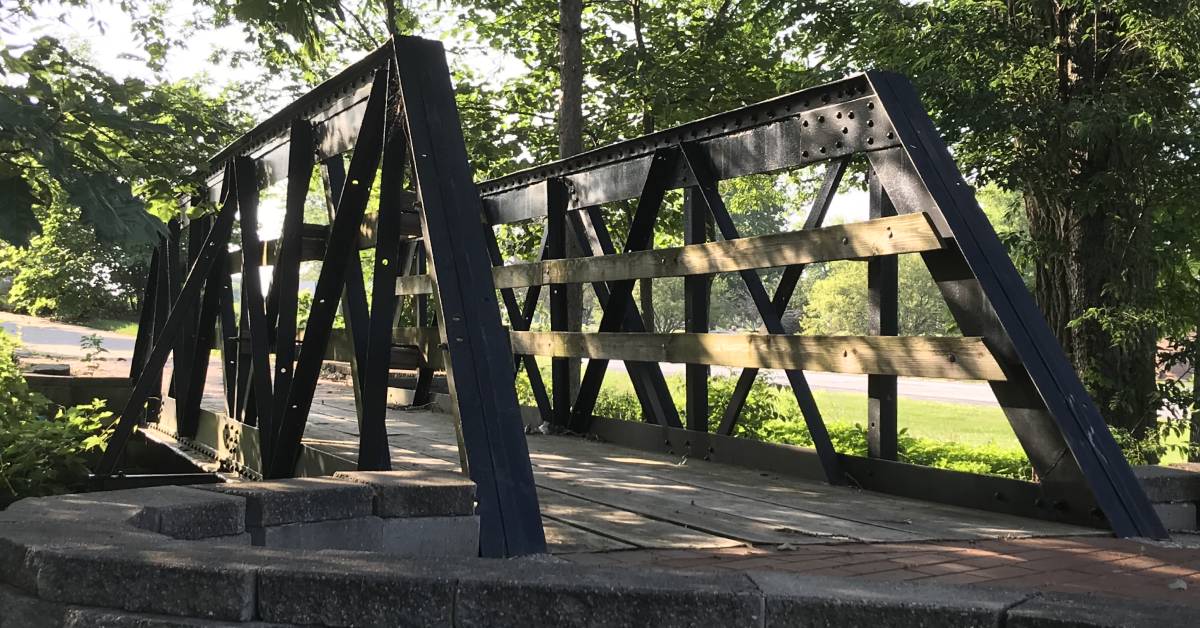 Kissing Bridges are all over the world. Bridges that were once just ways to connect land to land took on the new moniker of “Kissing bridges” as courting couples found them to be the perfect place for sneaking smooches, away from prying eyes and nosy neighbors.

As it turns out, Indiana itself is home to several of these bridges. In Parke County alone there are more than 21 of them. But did you know that there is a “kissing bridge” right here in Valparaiso?

The Student Bridge, built in the mid-1880s, crossed over a section of the Pennsylvania Railroad connecting part of the campus with Sagers Lake, which was frequented by students. It quickly became student lore that any couple who stood on the bridge and kissed the entire time a train was passing under the bridge would have good luck. Lo and behold, the legend of the VU kissing bridge was born.

Sadly, the bridge was torn down in the 1960s, but a savvy local business owner saved a piece of the bridge and brought it on to his property. In 2005, the bridge returned to its home on campus and is now nestled in a tree grove near the Route 30 entrance to the University.

Does it still bring luck to couples who kiss on it? Perhaps you should make a trip to the university with your significant other and try it out.