The problem of conserving the balance between competition and cooperation regarding the orangutan population and human civilization is of particular interest to me. I appreciate the beauty of all animals and one day hope to become a veterinarian. Orangutans are fascinating animals and play a bigger role in human culture than you may realize. Orangutans have starred in movies and are written about in books, both fiction and non-fiction. You can even find the resemblance of orangutans in old artifacts from cultures before ours. If orangutans died off, they would be the first species of great ape to become extinct. It is in humans’ hands to prevent this great tragedy.

Orangutans are much like us, more related than other animals. Yet even with their strong human similarities, they are still vulnerable to human action. As humans clear away forests to build plantations, the size of the orangutan habitat is greatly decreasing. Because mankind is destroying the habitat, it is our responsibility to replace what we are taking. Orangutans are unable to replenish the forest themselves, so the burden falls on our shoulders. In order to restore harmony, not only between humans and orangutans, but between orangutans and other animals in their ecosystem, we must act now! Often, people don’t realize how their actions affect others, until the act is already done. The Indonesian people, in an effort to improve their economy, are breaking up the rainforests into small sections. This fragmentation of the orangutans’ forest could be the cause of their demise. Because orangutans don’t travel in groups, or even families, reproduction is already a challenge. Orangutans also do not travel outside of their forest habitat. If an orangutan gets “trapped” in a section of forest without females, or if the females already have offspring, the orangutans can’t form partnerships or even make contact with orangutans in other sections. As more and more orangutans become isolated, it will be harder to sustain their population.

By acting now we might just be able to prevent the threat of extinction to this species. Efforts are already being made to create corridors or pathways of trees to connect fragments of forest together. I personally look forward to the opening of the zoo’s exhibit to learn more about the orangutans and to see what progress is being made in the conservation of the orangutan population, and am eager to see what the future holds for these amazing creatures.

Click here to read the full issue of the Link. 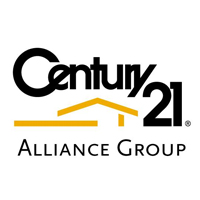