Albert’s Diamond Jewelers has been serving Northwest Indiana since 1905, when their first storefront opened up in East Chicago. Since 1905, the Albert’s story has grown and expanded, and the store now operates in two locations: their Schererville headquarters and in Merrillville at the Westfield Southlake Mall. Let’s go through the journey.

Albert’s had it’s humble beginning when Albert Rubinstein opened up the store in the East Chicago Indiana Harbor neighborhood in 1905. The store was later taken over by Bernie Davis, who was previously the manager of one of Fred Halpern’s father’s stores.

Davis got into some financial trouble, some of which was related to the mills closing down due to the United Steelworkers of America Strike of 1959. Fred Halpern, who was a junior at the University of Alabama at the time, was given the store by his father to run. 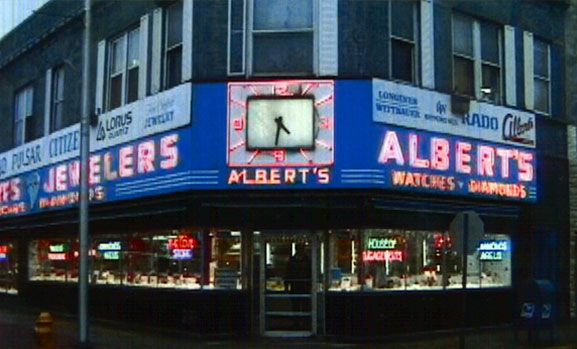 The store started out with no inventory or customers ,and for the first two years Fred never got paid . There were times when the water and electricity were shut off. Halpern decided he had to do something to make it. To try and get more people in the door, started staying open later than all the other jewelry stores in the area.

“I was very very lucky early on to brainwash myself into a positive mental attitude,” said Fred. “It was the next shovel, it was the next customer.”

For example, Halpern kept the store open until after every movie theater closed, hoping to catch the guys coming out of the movies with their girlfriends and sell him a gift for his girl.

“Running the marathon isn’t hard, it’s the training for the marathon that’s hard,” Fred said “You have to have the power to out-work everybody.”

Soon after, Halpern began seeing the fruits of his labor. In 1968, Fred married his wife, Donna on Valentine’s Day. Since then, Albert’s Diamond Jewelers has been honoring the anniversary by marrying couples in the store every year.

Years later, the store began using the well known slogan, “See you at Albert’s” in 1987. And in 1995, the store continued it’s family legacy with Fred Halpern’s son, Josh Halpern joining the team after he graduated from Ball State University. Josh is also a graduated Gemologist from the Gemological Institute of America.

The buying, selling and appraising aspect of the job Josh says he taught himself and learned skills from people all over the world. For an independent operator, he is one of the biggest diamond buyers in the country.

“I have a passion for it. I love gemstones. I love diamonds. There’s nothing prettier than building a beautiful piece of jewelry from the ground up. And knowing the right piece of jewelry somebody should be wearing,” said Josh.

His father, Fred speaks very highly of him saying that he knows more about the product than anyone in the store put together. “He’s like the encyclopedia of the jewelry industry,” said Fred.

Josh started working at the store when he was just a little kid, working from the bottom up. Fred said that Josh even had other kids working above him at one point. In 1997, Josh became the Vice President of the company and then in 2010, he became the President. 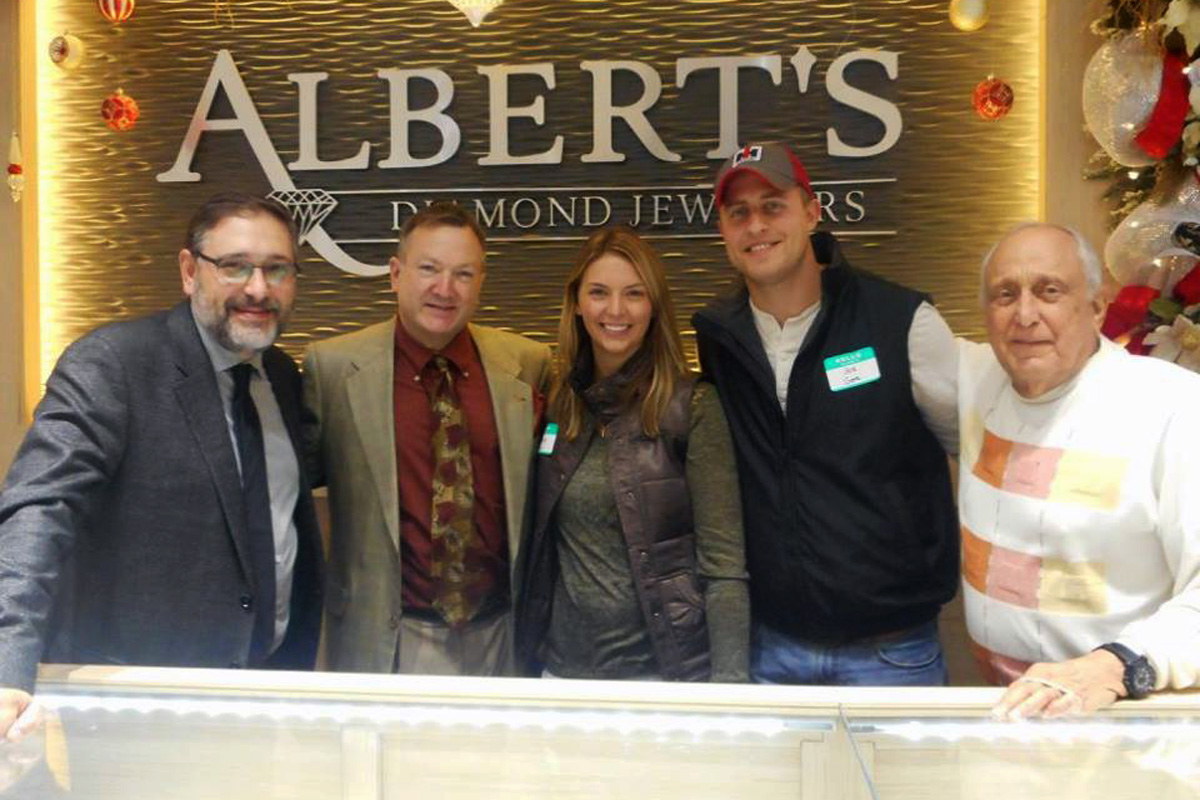 Helping people celebrate engagements, birthdays, anniversaries and other special occasions is very special for Josh. “We get to deal with [celebrations] every single day,” Josh said. “The most caring and generous people in the world come in here.”

Josh holds on to the philosophy to never say “no” to anyone.

“I want to be able to say “yes” to just about everything. It’s just allowed me to be generous. And the most generous I become the more successful the community has let us become,” he explained.

“We’re all about community. Dad instilled in me at an early age, it’s always about giving back, no matter what you do, it’s about giving back to the people you surround yourself with, whether it’s our employees or the community,” said Josh.

Since naming Josh the President of the company, Fred now has more time to take care of his wife who was diagnosed with multiple sclerosis. Fred says that he does all the MS walks for her every year and even pushes her along with him in her wheelchair. Fred has also previously helped raise money for AIDS research for a family member who passed away from the disease.

“Givers are the happiest people in the world,” said Fred.

Fred says that the key to his success was being blessed with a great mom. “She was the most giving person.” said Fred. 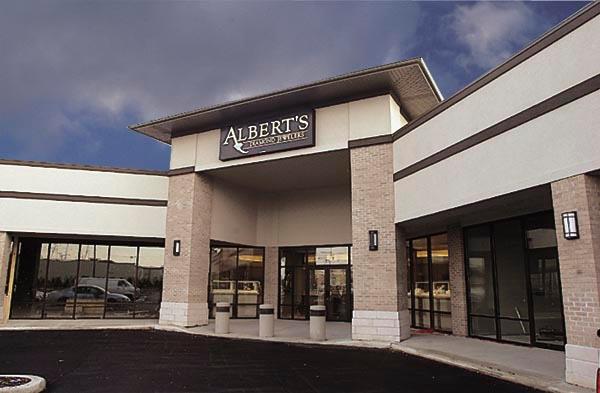 He learned the importance of being honest with people from her, treating them right and listening to them.

“Everyday we work on teaching people how to listen,” said Fred. “The sale doesn’t mean anything unless you listen to the person”

Albert’s moved to it’s most well-known and largest location in Schererville in 2002 and then in 2010 they opened a location in the Westfield Southlake Mall. And in 2012, the Schererville location began a 9,000 square feet expansion.

After many long years of hard work and success, Albert’s remains as dedicated as ever to the community that continues to support them.

Albert’s gives back to the community by honoring students and public servants alike for all their achievements during the year. They have also raised over $1 million to fund research for Multiple Sclerosis through a live auction they hold every year. Albert’s participates in other charity events throughout the year to benefit the Northwest Indiana Chapter of The American Cancer society, Parkinson’s Foundation, The Humane Society, The American Heart Association, foundations that support art education for the youth, and so much more. 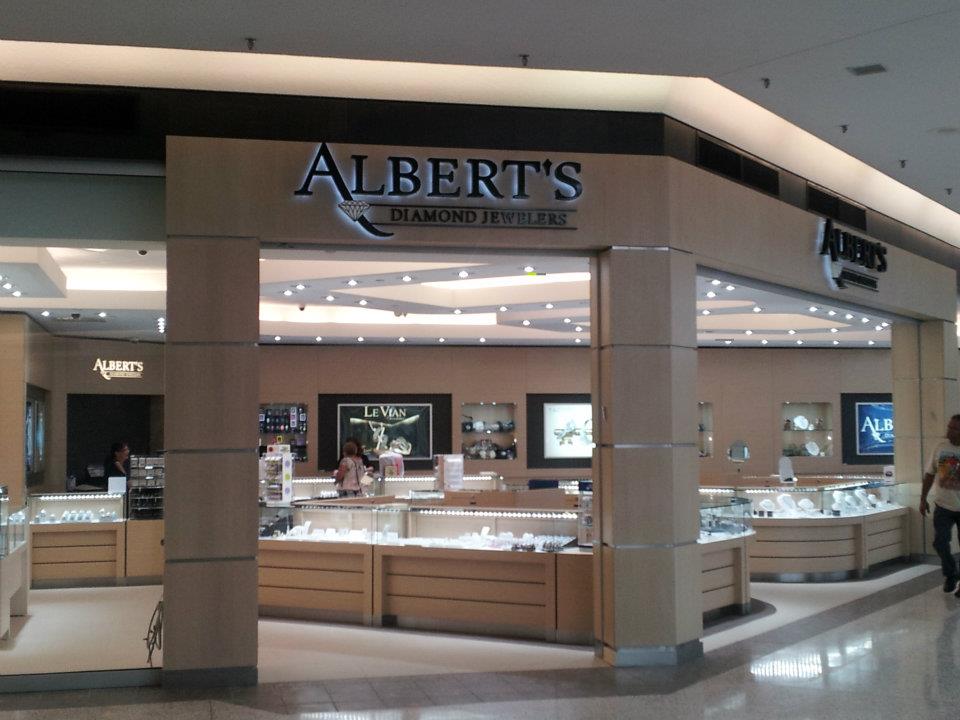 The story of Albert’s is one of hard work, family traditions, and generosity. If you’ve have ever stepped into Albert’s even for a moment, you’ll see and experience the strong sense of family that the Halpern’s hold is passed on to every employee and every customer they serve. 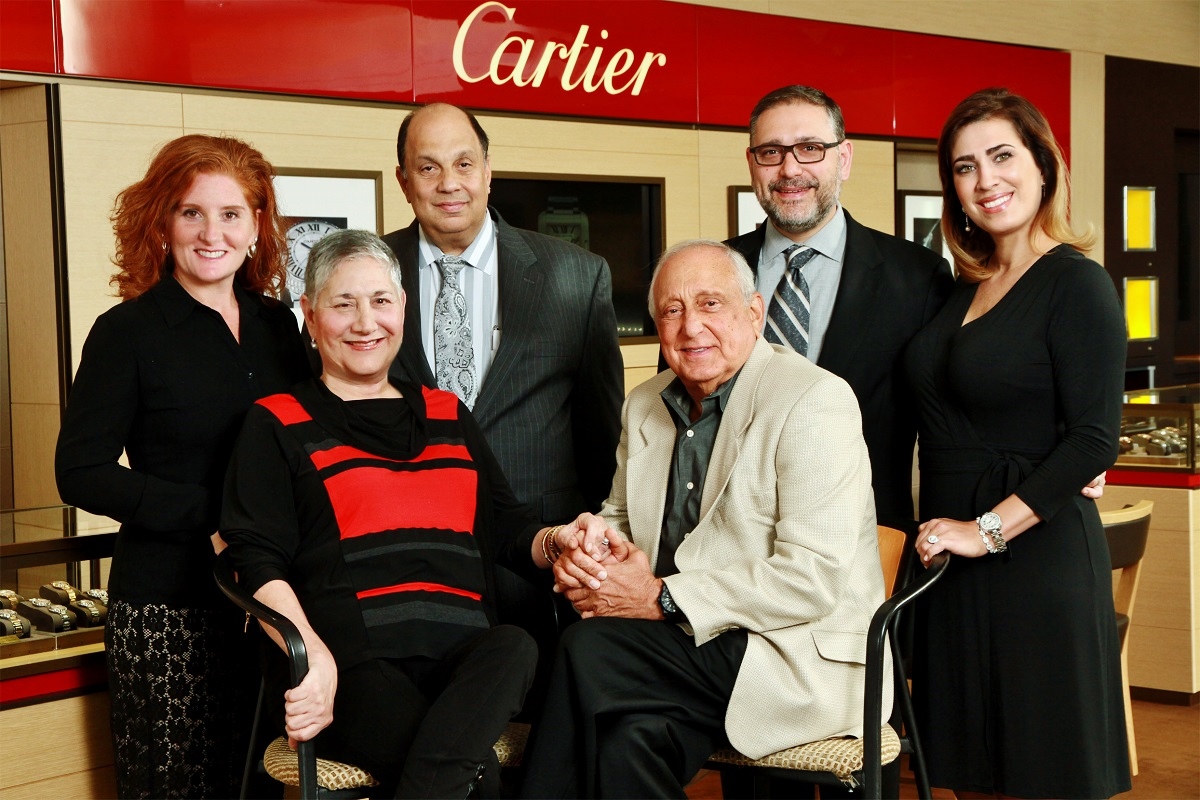