Some companies can boast a couple of family members in their employ, but not many can claim three brothers from the same family on the job.

Not so at Steindler, where Chris, Mike and Bob Wszolek all work under the same roof, designing and making their customers’ sign dreams come true with some levity and laughs along the way.

“We’re very happy to have them,” said Jessica Parks who, like Tom Steindler, has known and worked with the brothers for years. “Just when I thought Steindler Signs couldn’t be any more fun, you add another Wszolek brother!” said Parks, referring to Mike, who joined the team last week.

Chris, the oldest of the brothers, started at Steindler in 2012 and works on graphic design, as he had past experience in web design as well. Mike is second oldest at just three minutes older than his twin brother, Bob. Though Bob is the youngest, he’s been working at Steindler Signs, as a graphic designer, the longest. Bob’s been with the Wanatah sign company for about seven years, all the way back to when Steindler was making signs in his garage. His twin brother, Mike, worked for a fast-paced print shop in Chicago before moving back to Valparaiso in April and recently joined the company in full. Despite being slightly older than his twin, Bob has about an inch on Mike.

“He got three minutes of extra nutrients,” says Mike jokingly about the slight height difference. 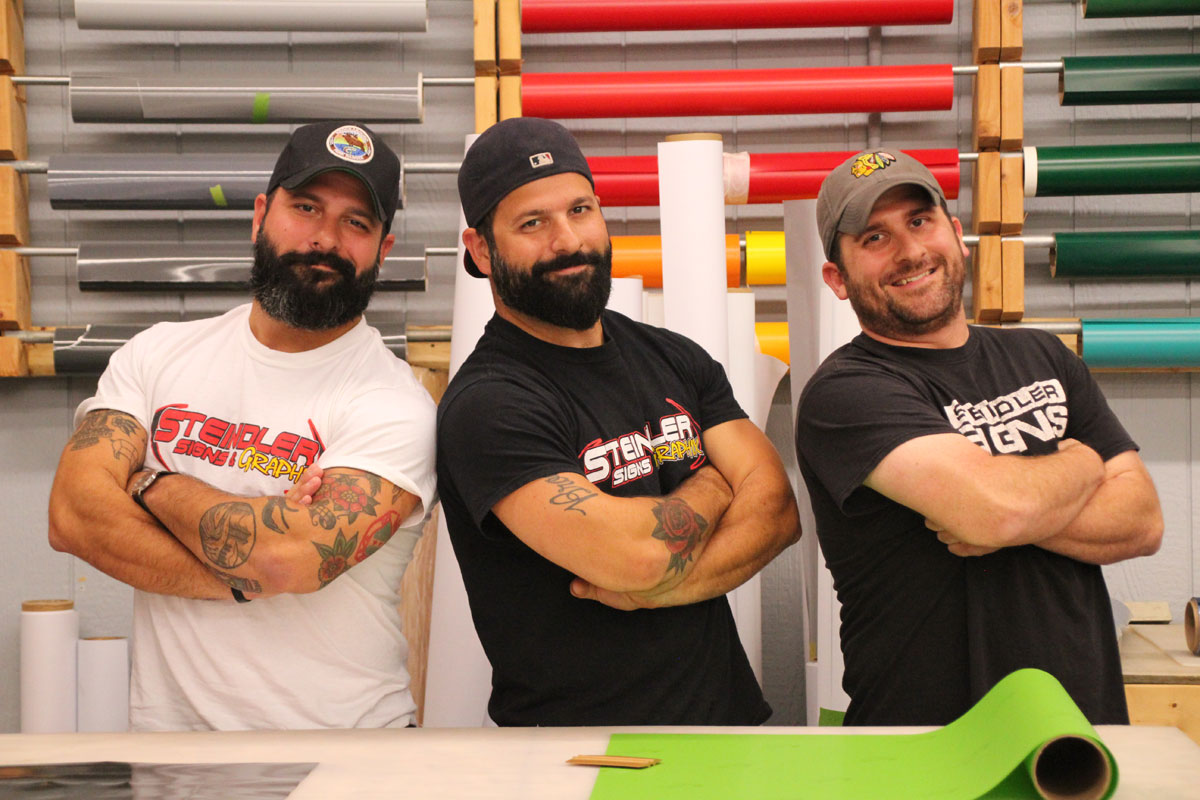 As for how the three of them ended up there finally, it was a story years in the making.

“They would reach out to me about once a year and say, ‘Hey? Wanna come work here?’ and they wore me down,” said Mike, laughing, about leaving behind the Chicago commute and coming to work with his family and friends at Steindler.

“We’ve all always been pretty close and made music together and been in bands. We’ve been artistic from a young age. And we dabbled in graphic design as long as computers allowed it. We’ve all been down that road. So, it’s pretty fitting that we all ended up here,” said Bob.

Once the Wszoleks started talking about their stories, it was easy to see the chemistry they have brought to Steindler and the easygoing attitude that they channel into their work.

“We’ve always had art in our background since we were children. The sign industry is fun, you’re never doing the same thing,” said Chris about the appeal to this family of art-oriented brothers.

As for what has been the most fun and what they’re most proud of in their time at Steindler, the brothers agreed that the signage in Wrigley Stadium for the Cubs was their favorite because they got to see it on tv and feel pride in their work. Mike wasn’t working full-time for Steindler at the time, but he still couldn’t pass up the opportunity to be involved in such a high-profile project.

The three brothers all sport beards, with Mike and Bob settling into their identical facial hair after years of swapping between differing goatees and beards.

“We got our first razor when we were seven,” said Bob laughing

This has helped to make some pranks around the office a little easier; or perhaps just confusing.

“It’s really easy now [to fool someone], if Bob’s busy, we just send Mike up and try and mix up Tom,” said Chris about the prospect of pulling pranks with all of them present in the shop now. 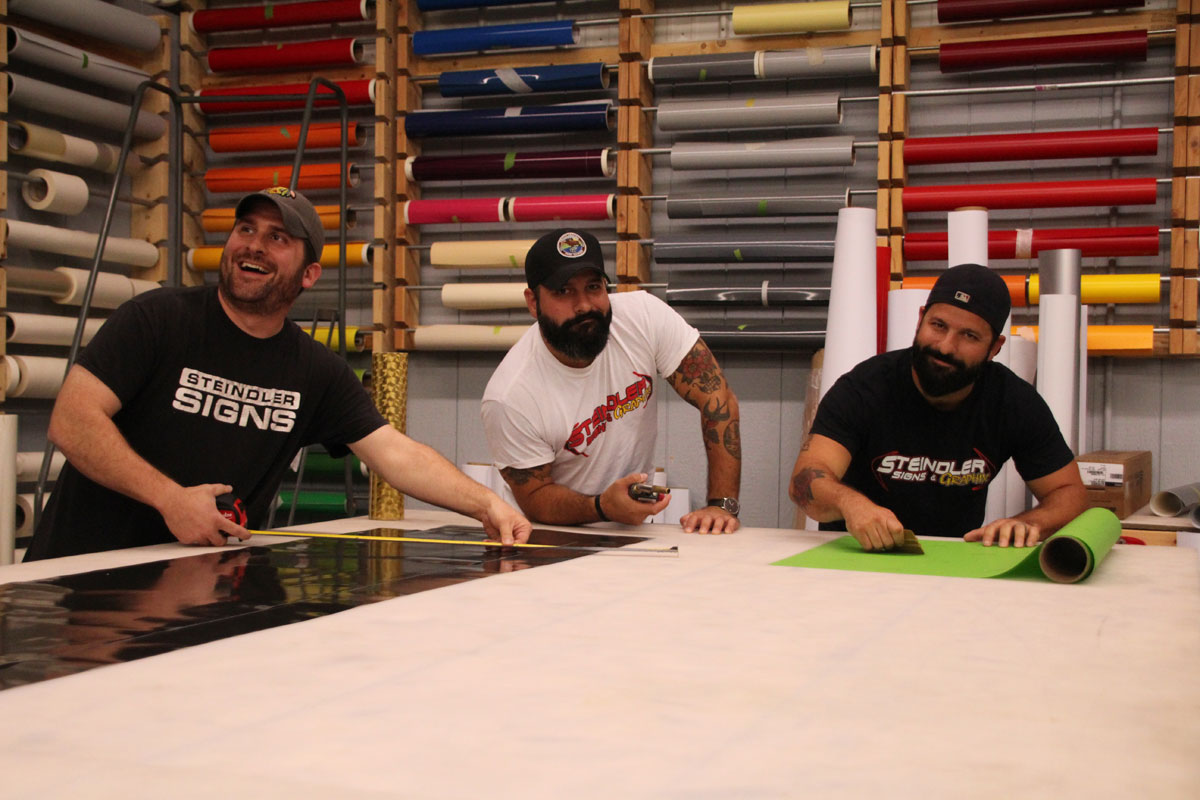 When asked what their favorite thing about working at Steindler together now, the brothers agreed that the sheer number of Wszoleks was a boon to the company.

“The relaxed environment. And all the Wszoleks,” said Chris about what his favorite thing about working there was.

Joking aside, the brothers are happy to be able to relax and take on their work in an environment that lets them really ensure quality graphic design.

“Sometimes you work with other designers who work completely differently which isn’t always bad, but it’s nice to work with people that you know you will sync well with. You’re comfortable giving them something and knowing they’ll do it as you would have done it,” said Bob.

This ‘syncing’ goes back to their time in rock bands together and the way they’ve stayed in tune together through practicing and playing their music, including their current band: The Flightless. Chris plays drums, Mike plays guitar and Bob plays bass; all of which tends to take place in Mikes new house in town.

“We’ve always been in various rock bands together, including now, so we’ve always worked together musically, so I think that translates working well together artistically here,” said Chris about what makes them a great team at Steindler.

“We make it fun,” said Bob, “We like to not be totally serious all the time because I think it helps when customers see that kind of environment. They like that, and it’s not super serious or intimidating.” 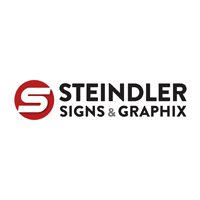