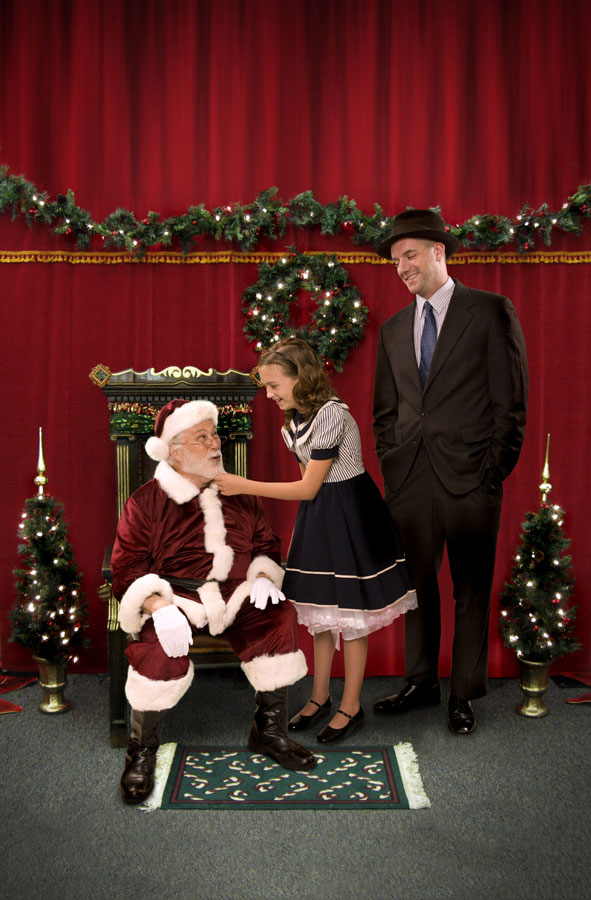 In his incomparable style, Meredith Willson, the author of The Music Man and The Unsinkable Molly Brown, tells the classic story of a white-bearded gentleman, claiming to be the real-deal Santa Claus, as he produces a genuine holiday miracle in It’s Beginning to Look a Lot Like Christmas. The musical adaptation of the popular holiday favorite “Miracle on 34th Street” will bring holiday cheer to Theatre at the Center’s 20th Anniversary, 1040 Ridge Road, Munster, Indiana, November 11 through December 19, with the press performance on Sunday, November 14 at 7 p.m. The production will be directed by William Pullinsi.

It’s Beginning to Look a Lot Like Christmas opened in October 1963 at the Shubert Theatre in New York and played for 338 performances. The story tells the tale of a skeptical little girl who doubts the existence of Santa Claus. When the real Kris Kringle inadvertently is hired to represent jolly St. Nick in the Macy's Thanksgiving Day Parade, he must convince the child and her cynical divorced mother (the department store's special events director) that he's the genuine article. A feel-good musical featuring a memorable holiday score including the title song, this production will leave even the youngest audience members smiling and humming a tune.