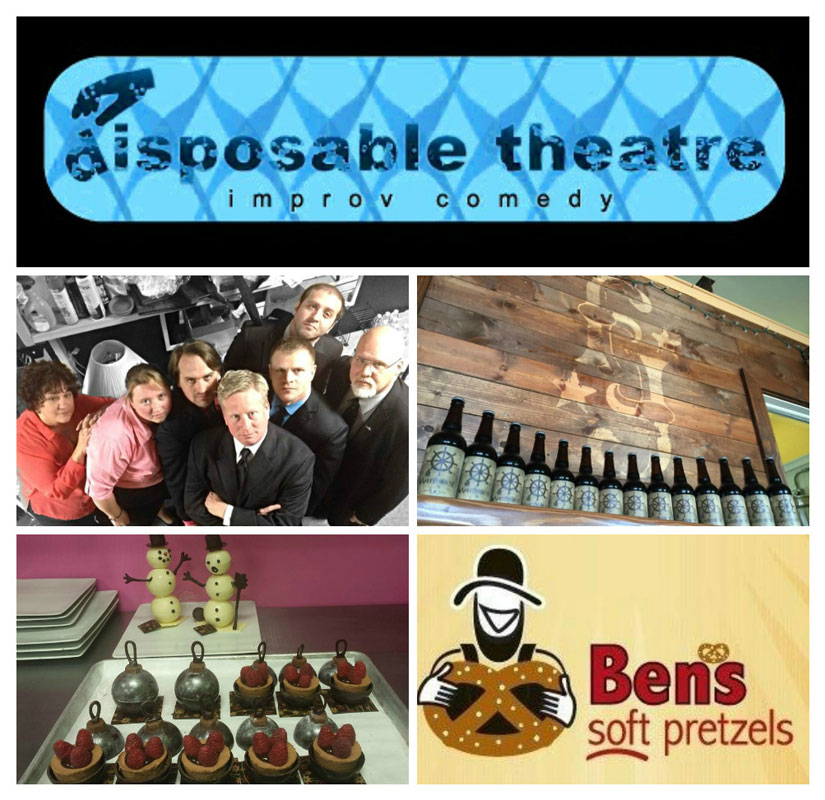 Audiences can get the cure for the "Winter Blues" with beer tastings, soft pretzel, chocolate treats and a healthy dose of laughter from Disposable Theatre's NO LIMITS Comedy show Saturday, January 17 at Chicago Street Theatre. The improvisational comedy group has been playing to packed houses all over Northwest Indiana and this is a great chance to catch them live at Chicago Street's intimate Edith B. Wood Studio Theatre where they have gained quite a following over the past six months.

What sets this show apart from the group's usual antics is that all proceeds from this performance benefit the ongoing projects at Chicago Street to provide educational and artistic programming to the community. "This is our opportunity to 'give back' to the theatre that has given us a space to reach our audiences," said Disposable Theatre member, Matt McCann, "CST has been very generous to us and we wanted to do an event for them and our fans."

Disposable's original troupe will perform an entertaining evening of improvisational comedy similar to what audiences would experience traveling to Chicago to see Second City or the Improv Olympics. Many of the group have studied with these comedy institutions and three of the members were the opening act for Chicago Street Theatre's award-winning production of The Santaland Diaries in 2013. Each Disposable Theatre show is different because it is based on suggestions from the audience with hilarious results! To sweeten the performance the group will be joined by goodies from Ben's Soft Pretzels, Evolution Artisan Confections, and Four Fathers Brewing in Valparaiso. Space in the studio theatre is limited and not handicapped accessible.

Tickets for the event are just $10 and can be purchased through the Chicago Street Theatre Box Office at 219-464-1636 X1 or online at ChicagoStreet.org. Box Office hours are weekdays 10 AM to 2 PM and two hours prior to performances. NO LIMITS to the fun you will have Saturday at CST!