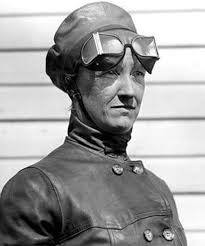 It would be an understatement to say that Wisconsin-born Bessica Raiche broke the mold of how women in the 20th century were expected to conduct themselves on both a professional and personal level. She was a proto-feminist who wore bloomers, drove a car, shot guns, and practiced medicine, first as a dentist and then as one of the first female specialists in obstetrics and gynecology in the United States.

She was also an accomplished linguist, artist, and musician aside from being a businesswoman. In 1910, she and her husband built a Wright type biplane in their living room made of bamboo and silk and then assembled it in their yard. On September 16 of that same year, Bessica became the first woman in the United States to be accredited with flying solo in an airplane. As impressive as what that was, it was even more impressive that she had received no flight instruction or experience prior to her flight! In 1923 she became president of the Orange County Medical Association until she died in 1932. 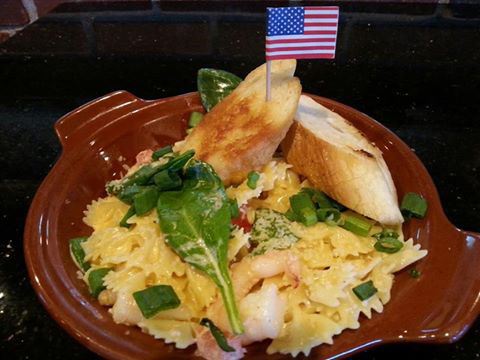 This week Industrial Revolution Presents Bessica’s Cajun Pasta!
Our Bowtie pasta tossed in a Cajun Parmesan Cream Sauce with fresh Tomato and Spinach, served with your choice of Shrimp or Chicken, topped with fresh Green Onion and served with a side of Garlic Toast!