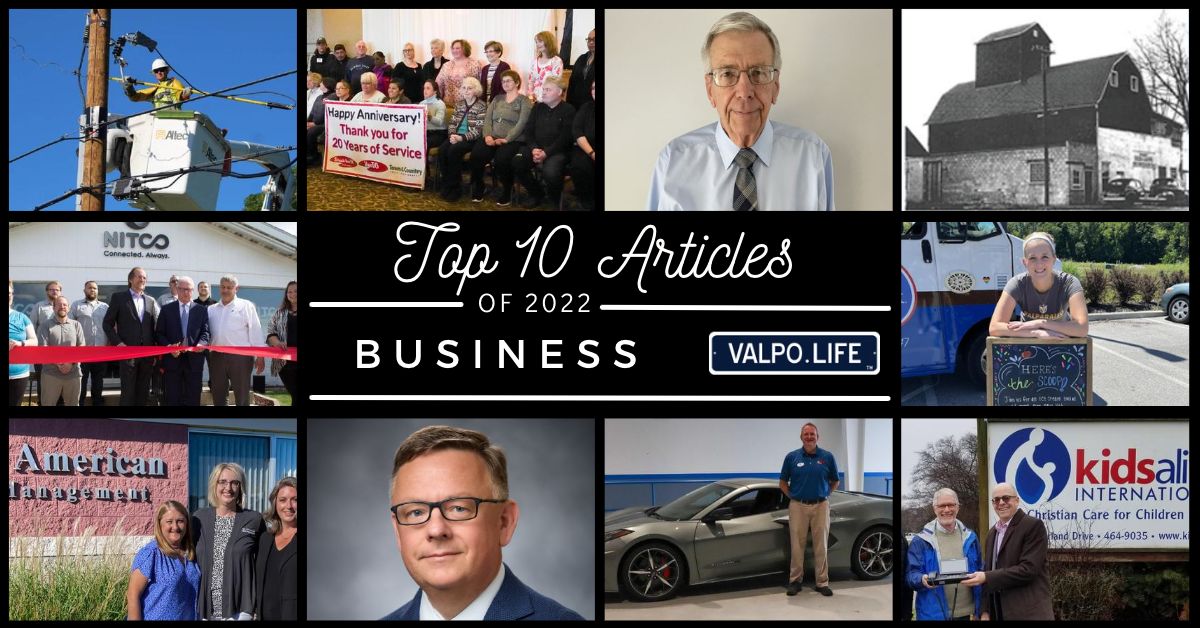 From highlighting some of the amazing employees across the many organizations in our Region, to celebrating businesses through their successes, to supporting various groups' accomplishments during the year, 2022 involved a lot in the world of business that we were proud to share on the GreatNews.Life sites.

Veterinarians continued to care for beloved pets in the community, new developments were made and ground-breaking events were held, workers celebrated work anniversaries, doors were opened to brand new complexes, and nonprofits continued to support those with greatest need.

In no particular order, here are the top 10 business articles on Valpo.Life to recap the good news in 2022!

Richard (Rick) Eilts is a sales consultant at Currie Motors Ford of Valpo and has been for the past three decades. Eilts found his love for sales through a friend who was a salesman, and the rest is history.

“At the time, I was not sure I wanted to be a salesman. But I met a very nice fellow named Larry Huck and talked to him. I found out that you can be a nice guy and salesman. That's how it all started,” said Eilts.

Chester, Inc. reflects on the past and looks forward to the future on its 75th anniversary

In 1947, Orville Redenbacher and Charles Bowman purchased the George F. Chester & Son Seed Company in Boone Grove, Indiana. 75 years later, Chester, Inc. has become an agricultural giant in the Region, providing farmers with the equipment and technology needed to stay as profitable as possible.

The Chester & Son Seed Company served as the birthplace of “Chester Hybrids.” After starting the company, Redenbacher and Bowman experimented with tens of thousands of popcorn strains before settling on the hybrid kernel known as “RedBow.”

NITCO is a telephone and internet service provider with a singular focus – providing for their local customers. With roots in the community that stretch back over 125 years, NITCO is founded on its commitment to Northwest Indiana, through customer service and beyond.

Tom Long, NITCO president, noted that fulfilling that commitment is a company-wide effort – accomplished by a team of employees that live and work in the Region. He takes pride in having helped create a culture where the staff invests in the community.

Vale Park Animal Hospital’s new veterinarian, Dr. Ashley Walker, may just be starting her career in veterinary medicine, but she is already a kind, driven, and intelligent young woman who any loving pet owners would be lucky to have care for their furry friends.

Dr. Walker is originally from Peru, Ill. She earned her bachelor's degree in Zoology at Southern Illinois University and received her veterinary degree from the University of Minnesota.

Three years ago, Mike Cairns retired from the Valparaiso Police Department after nearly 12 years of service – but he was not one to simply start relaxing at home. Instead, he took up a longstanding offer from a friend, TeamChevrolet of Valparaiso’s General Manager Dave Brubaker, to try his hand selling cars.

As an officer, he’d often spend time at the dealership when things were quiet, chatting with the team about life and cars. He knew he wouldn’t be in the force forever, and Brubaker offered him an open position whenever he decided to turn in his badge.

Kankakee Valley REMC Linemen: working day and night to keep the power on

Electricity is easily taken for granted – for the average American, their interaction with it only goes as far as flipping a switch to turn on the lights, or waiting for it to come back after an outage. In the background, an army of over 100,000 linemen work day and night to keep America’s power on, and to restore it when it goes out.

One team of linemen serves at Kankakee Valley REMC, working to ensure their over 18,000 member-consumers across eight counties have the electricity they need to power their days. That means an early workday for people such as Jesse Webb, a journeyman lineman and crew leader for KV REMC.

BucherTech distributes over $10,000 in it grants to nonprofits, schools, and other community organizations

Ten different schools, nonprofits, and other organizations around Northwest Indiana are celebrating the gift of new computers, new monitors, updated software, and other critical new IT tools after Valparaiso’s BucherTech awarded over $10,000 in goods and services through their annual community grant program.

As a property management company, 1st American Management Company, Inc. AMO ® takes pride in its team of financial experts from its certified public accountant (CPA) to its accounting department.

General Counsel for the City of Valparaiso Patrick Lyp might not be a native of Northwest Indiana, but he works for this community every day.

Since 1997, Lyp has been serving on local boards and in positions that support the infrastructure and activities that make Northwest Indiana an amazing place to live.

On Thursday, April 26, Strack & Van Til hosted its annual Years of Service Luncheon, which honored staff members who have worked with the company for 15 to 50 years. 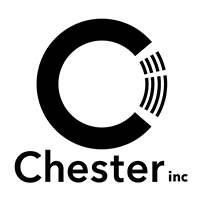 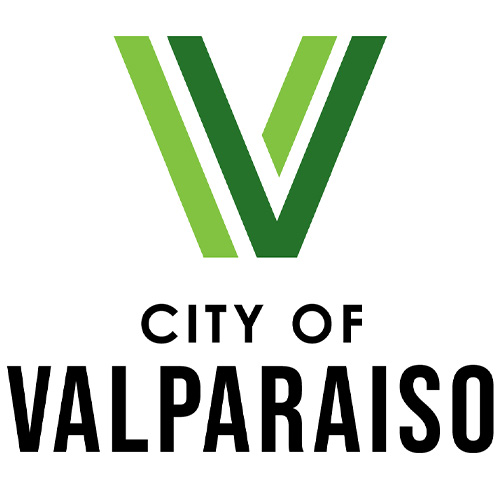 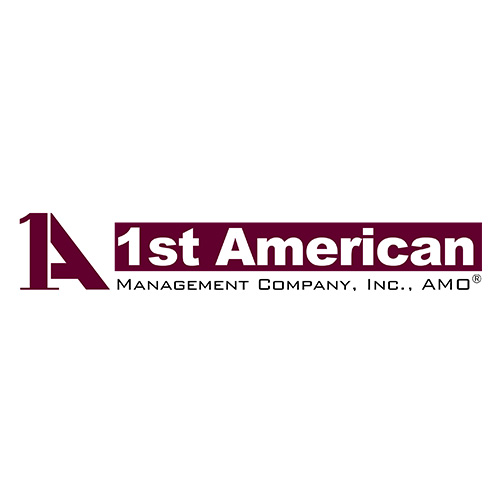 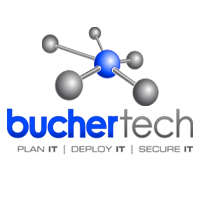 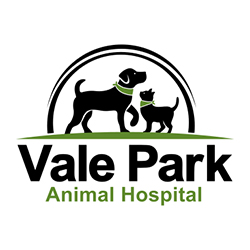 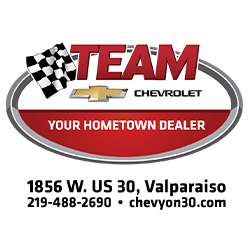 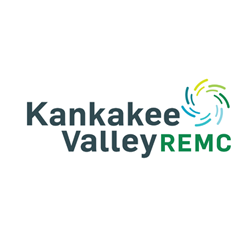