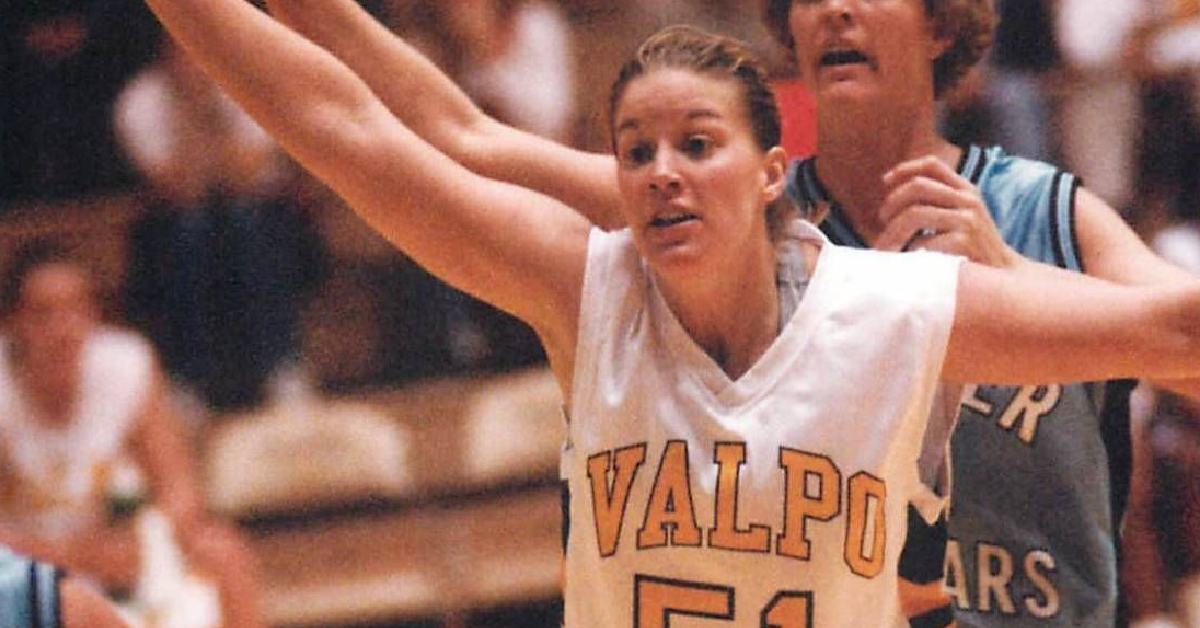 Three former Valpo women’s basketball players were named to the Indiana Basketball Hall of Fame’s 2021 Silver Anniversary Team, as announced by the Hall of Fame this week. 2006 Valpo Athletics Hall of Fame inductee Sarrah (Stricklett) Mosher, Lisa (Winter) Finn and Carie (Wickham) Bronnenberg were the trio honored for their accomplishments as high school seniors 25 years ago.

Mosher was an Indiana All-Star at Valparaiso H.S. as a senior in 1996 before stepping on campus. In her four years playing on Union Street, Mosher stood out, earning All-Conference honors all four years — including First Team accolades as a junior in 1998-99. She was the Mid-Continent Conference Tournament MVP in 1998 and a CoSIDA Second Team Academic All-District choice in 2000.

Mosher is Valpo’s career field goal percentage record holder and graduated as the record holder in rebounds as well with 772, now good for second in the category. She also is third in program history in scoring with 1,498 career points, second all-time in free throws made and fourth in field goals made, while she also still holds the program’s single-season field goal percentage record. She was inducted into the Valpo Athletics Hall of Fame in 2006.

Finn closed her prep career at Huntington North H.S. as the 1996 Indiana Miss Basketball and eventually transferred to Valpo prior to the 1998-99 season — becoming the first and only Indiana Miss Basketball to suit up in the Brown and Gold. She averaged 8.6 points and 4.5 assists per game over her two seasons in the Valpo uniform, leading the team in assists and steals in both her seasons. Finn dished out 143 assists as a senior, a mark which led the Mid-Con and ranks sixth in a single season in program history, and closed her career with 264 assists, 12th-most in program history.

Bronnenberg was a First Team All-State selection by Hoosier Basketball Magazine as a senior at Avon H.S. in 1996 before arriving at Valpo. She appeared in parts of five different seasons in her time on campus, playing 117 career games — at that time the most games played by an individual in program history. Bronnenberg closed her career with 631 career points scored and 642 career rebounds, the latter still good for 11th in program history. She also ranks seventh in career field goal percentage, while she appears fourth on Valpo’s single-season rebounding chart with her 269 boards in 1997-98.

Mosher and Bronnenberg were part of Valpo’s 1997-98 squad that won a then-school record 22 games, while all three players contributed to the 1998-99 team which won the first Mid-Con regular season title in program history.