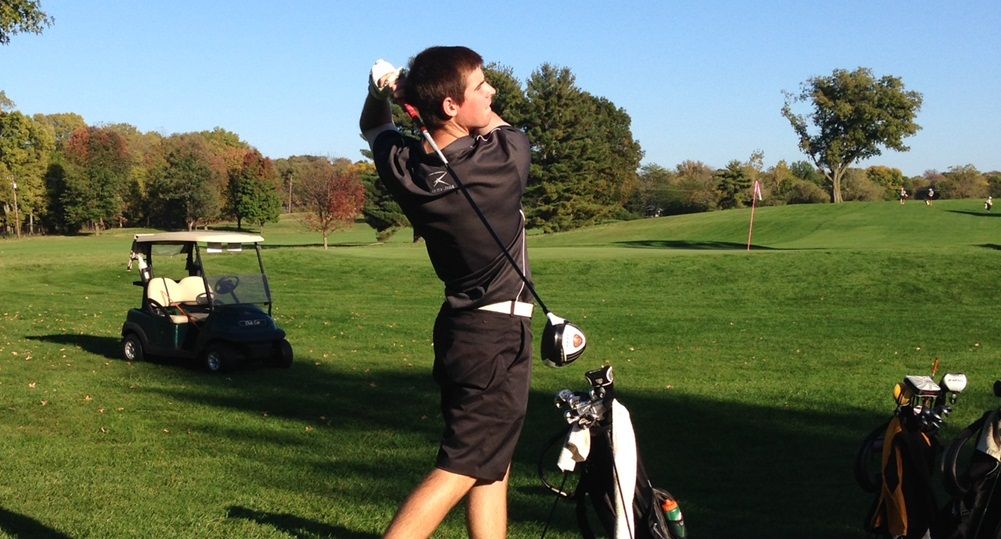 “Our coaching staff is excited for Joe, Eric and Jared and the recognition that they have received from the GCAA this past year,” said Crusader head coach David Gring. “These three embody our team culture - high performance and results in both Division I golf competition and in the Valpo classroom.”

The GCAA honored a total of 206 Division I players who were juniors or seniors academically, participated in at least 50 percent of his team’s competitive rounds during the season, had a stroke average of 76.0 or below during the 2013-14 season and maintained a cumulative GPA of at least 3.2. The Horizon League had eight men’s golfers honored, with Valpo’s three honorees tying for the league high.

The trio of Crusader honorees all ranked among the team’s top-five golfers during a successful 2014-15 campaign for the Valpo men’s golf program. Winters closed his career by posting a pair of top-five finishes among three top-10 placements, recording a scoring average of 74.48 – third-best in a single season in program history. Magoline finished with a scoring average of 75.48, good for ninth in a season all-time at Valpo, while Harris matched Winters with two top-fives and three top-10s, finishing with an average of 75.96.

“The balance that the three of these young men demonstrate in their golf practice, competition and studies on a daily basis is exemplary,” said Gring. “Joe and Eric both graduated from the College of Business this past year summa cum laude; Jared is a pre-med major, completing his junior year, and he has an excellent GPA. We are proud of these three guys and the efforts they put in every day. The leadership on our team is very strong and these three upperclassmen pave the way for us. It is an honor for our coaching staff to work with these fine young men.”