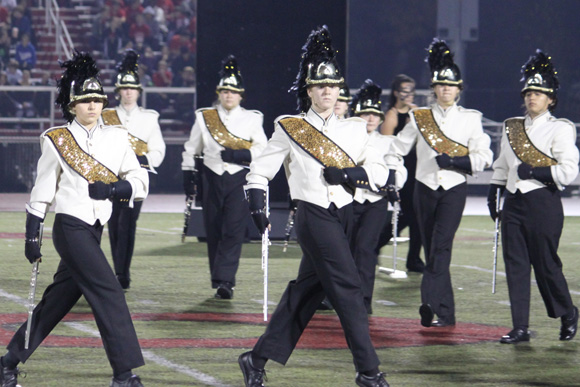 There were four ISSMA Regional Marching Band events across the state on Saturday, one competition for each competitive class A-D. Despite the threatening weather conditions experienced from Minnesota to the Gulf of Mexico this past weekend, all four ISSMA regional events managed to complete their day of competition. The CHS Band put in an energetic performance at Lafayette that allowed them to capture one of the coveted top 10 places in the Northern Class “A” competition, qualifying them for Semi-State. The top 20 schools in the Class “A” competition at Semi-State will include: Lawrence North, Decatur Central, Carmel, Lawrence Central, Ben Davis, Center Grove, Avon, Snider, Homestead, Hamilton Southeastern, Fishers, Northrop, Columbus North, Lafayette Jefferson, Lake Central, Mishawaka Penn, Carroll, LaPorte, Castle and Chesterton.

“Being part of a competitive marching band is not an ‘immediate gratification’ proposition, it takes a great deal of time and dedication for the students to develop their skills to do this, and even more time to do it well,” said the director of the Trojan Guard Michael Scheiber. “Our kids are just now starting to really master this production and we’re very proud of their work ethic and success,” Scheiber continued. The Semi-State competition is the third and final precursor to the ISSMA State Marching Band Championship that will be held in Lucas Oil Stadium on Saturday, November 3. The ISSMA Class “A” Semi-State event will take place at Ben Davis High School on Saturday, October 27 the Trojan Guard’s Semi-State performance is scheduled to begin at 5:59 p.m. EST.

For additional information regarding the Trojan Guard or any band activity, please contact the CHS Music Department 983-3730.