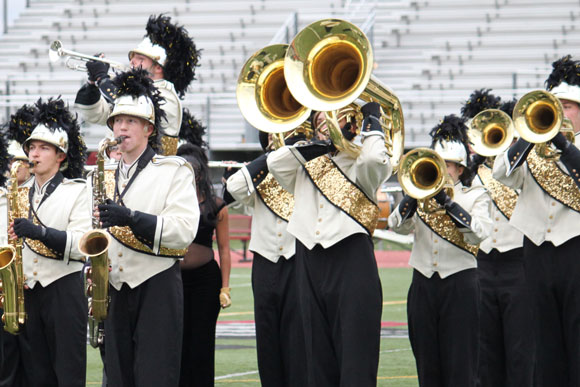 The Chesterton High School Trojan Guard Marching Band traveled to New Lenox, Illinois this past weekend to take part in the Lincoln-Way Central Marching Knights Field Show Competition. The field of competition included 14 Illinois bands in three different classes based on band size as opposed to the school size classification used at Indiana competitions. The Trojan Guard put in their best performance of the season, a collective effort that netted the group first place in the Class “A” competition. In addition to taking top honors in Class “A”, the band also received caption awards for the highest score in Music Performance, General Effect, and Visual Performance. The Percussion Section of the band received the trophy for outstanding percussion performance, and the Color Guard was awarded the trophy for Best Auxiliary in Class “A”.

This week, the Trojan Guard takes part in the Indiana State School Music Association’s Regional level of competition with a performance at Lafayette Jefferson High School in Lafayette, Indiana.

For more information about this or any CHS music event, please contact the Chesterton High School Music Dept. at 983-3730.