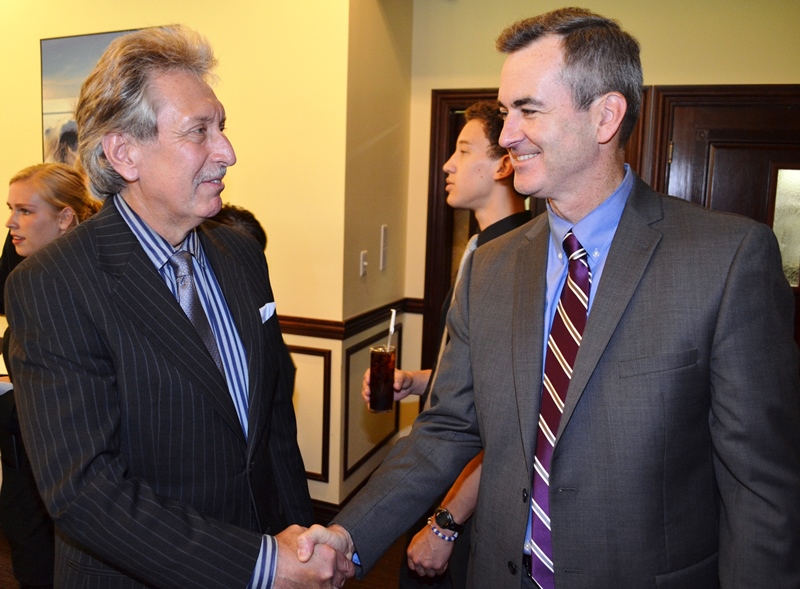 Hospital officials and staff members, along with families and friends, gathered June 23 to celebrate the years of service and accomplishments of two outgoing Franciscan Alliance Northern Indiana presidents.

A celebration for James Callaghan, MD, who is leaving Franciscan St. Anthony Health-Michigan City after serving at the helm since 2008, took place there; while another for David Ruskowski, who is “semi-retiring” after becoming Franciscan St. Anthony Health-Crown Point president that same year, took place later in the day at Youche Country Club in Crown Point.

Effective July 1, Callaghan will become president and CEO of Franciscan St. Francis Health-Indianapolis, Mooresville and Carmel; while Ruskowski will serve on the board of directors for Franciscan Alliance’s Central Indiana Region and as an adviser to the corporate marketing team, while also enjoying more free time with his family.

During his tenure in Michigan City, Callaghan headed initiatives that led to the hospital earning national and local recognition for outstanding quality of care. In addition, since 2011, Callaghan has led the Franciscan Alliance Clinical Operations Group, which works to improve the quality and lower the cost of care systemwide.

Previous to that, he served as the hospital’s chief operations officer and vice president of medical affairs; he led a physician multi-specialty group into a clinically integrated relationship with the hospital, and led it to a financial turnaround.

Callaghan began his local medical career as a family physician in Michigan City and Chesterton. Prior to that, he served as a flight surgeon in the U.S. Air Force.

He resides in Michigan City/Long Beach with his wife and their four children.

Ruskowski began his Franciscan Alliance career when he was recruited to be director of cardio-respiratory services at what now is Franciscan St. Francis Health-Indianapolis.

There, he held various positions, including president of the Indianapolis Regional Heart Center and vice president for marketing and planning.

Ruskowski, who resides in Carmel, Ind., is married and has two children and two grandchildren.

Asked what they will miss the most about their respective hospitals, both men replied, “the people.”

That was evident at their celebrations, as each leader was praised countless times by long lines of well-wishers and told they likewise will be sorely missed.