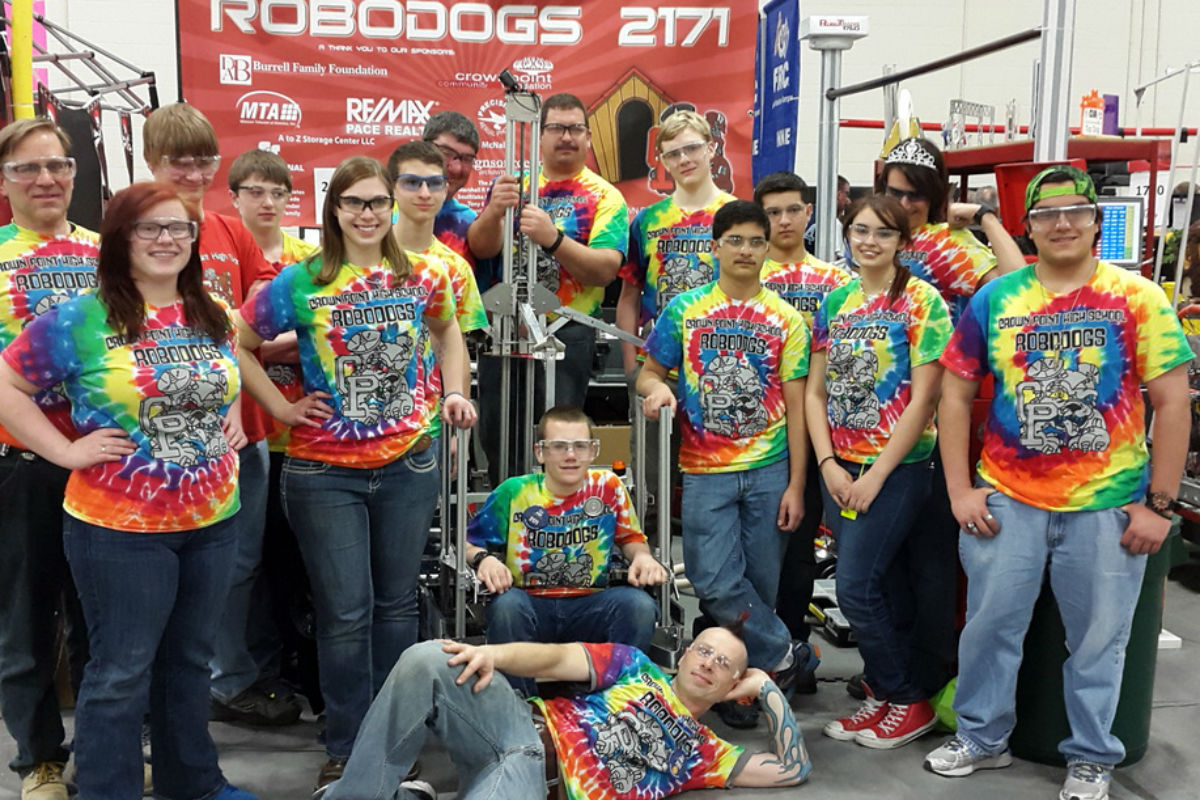 When you think of high school teams, sports or academics are usually the first to come to mind. This can bring together images of football teams and debate teams, basketball and spelling bees. One would not expect robotics to be thrown into that mix, but that is exactly what Danielle Pace calls her school extracurricular and favorite past time. As team captain of Crown Point High School’s RoboDogs, she ensures that their team is running up to speed.

Pace’s love of robotics came at an early age when she began her introduction into robotics with Lego robotic building sets.

“I remember having these Legos that could be built into spiders and other things that could move with help from little circuit boards,” says Pace. “That was my first introduction into robotics and it kind of started me down the path.”

While Pace was in the 5th grade, her school was visited by Crown Point’s robotics team and demonstrated all of the robots they built and how the team functioned to successfully build each robot. It was during this time that Pace’s interest in robotics was solidified.

“From that day I found out that I was really into building something that successfully worked on its own,” says Pace. “It was something that captured my interest and led me to where I am today.”

Pace continued to hone her skills on with help from her father, Roger who helped her develop her skills and understanding of basic components of machinery.

“I remember working together on building projects with my dad,” says Pace. “We even worked on a project that involved restoring and old car. We worked side by side and finished it together.”

Crown Point’s Robodogs team is one of 7,000 world-wide robotics teams under FRC (FIRST Robotics Competition). These teams from around the world compete to create, program and build different robots that compete with other teams in officially held competitions. 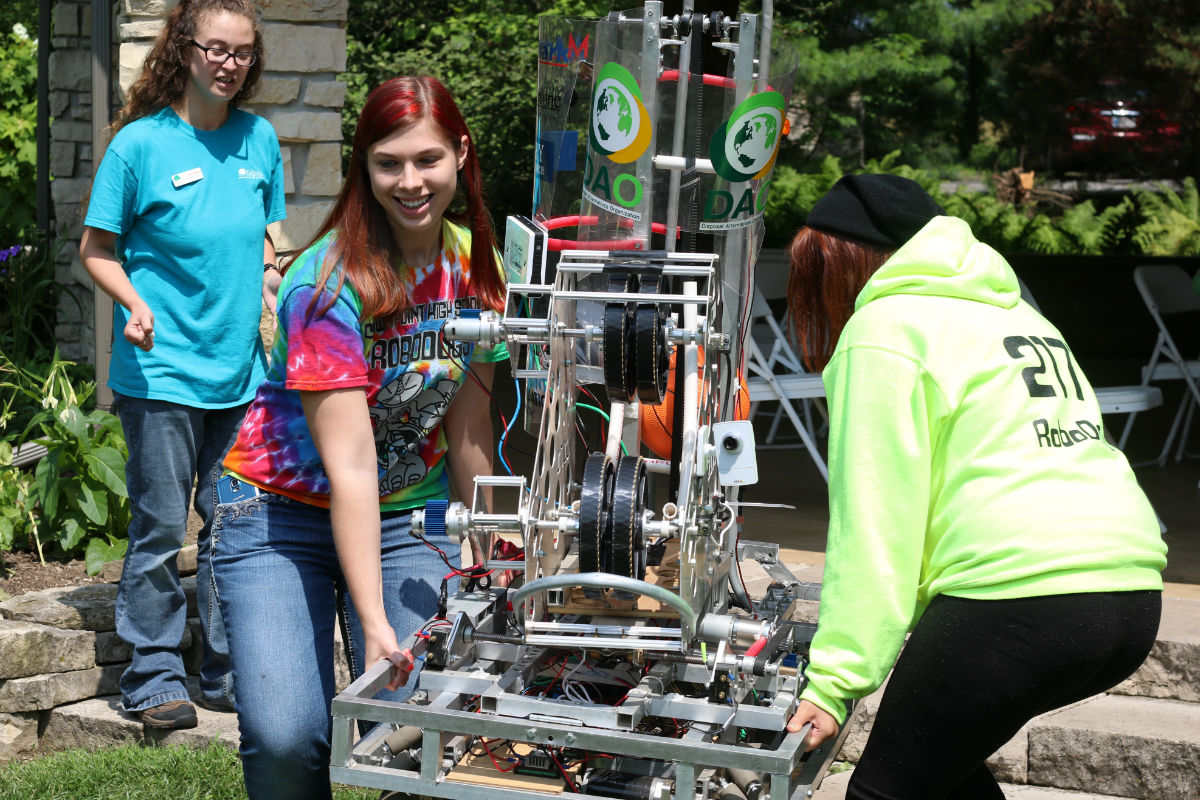 “We’re actually called the Robodogs 2171,” says Pace. The number means we are the 2,171st team to be recognized by FIRST (For Inspiration and Recognition of Science and Technology).”

Every January FIRST releases a video of what the competition will be that season. The team then has six weeks to create an entire robot from design to final, working design that is competition ready.

"The robotics competition is open for everyone and even students as young as preschool to third grade can participate in programs designed to teach them about robotics. Even on our team we have freshmen through senior level members helping out and working together,” says Pace.

Along with her love for mechanical creations, Pace’s love extends to the animal side as well.

“We’ve always had animals in our home,” says Pace. “Animals have always been a part and love of my life. I would always enjoy going to the vet with my animals and seeing the care and attention they gave them.”

Pace’s home has been a host to many varieties of animals including her pet skunk, Petunia.

Pace has spent time working and learning at McAfee Animal Hospital where Dr. Larry and Brooke McAfee and have been important figures in helping her learn about animal medical care and continuing to foster her love for animals.

“I shadowed with Dr. McAfee learned a lot from them,” says Pace. “They taught me a lot of the medical jargon and had a lot of enthusiasm. They were so great to work with.”

Pace has taken this love and knowledge of animals and has used it to teach students and hold lectures for wildlife and forestry students at Taltree Arboretum & gardens.

“Taltree is a place that I’ve also been a part of since a young age,” says Pace. “It’s a wonderful place to spend time at.”

While they may seem at odds with one another, Pace’s love for robotics and animals has begun to find a happy medium thanks to the advances in technology.

“With 3D printing and their ability to create nearly anything, we now have the ability to create prosthetic limbs for animals and other pets,” says Pace. “We can create robotic devices to feed larger animals that may present challenges for humans to feed. Components are now cheaper and can be produced on a much wider scale.”

With technology and knowledge catching up with her dreams, Pace hopes to take her love for animals and turn it into a career.

“I’d love to work in a zoo or work do movie work with the American Humane Society. They work with exotic animals on movie sets but require special training and a veterinarian specifically trained to work with wildlife,” says Pace.

Danielle Pace is a student who has found love in two vastly different areas and is constantly working to excel in both areas. They are two loves that have come to find a happy medium and a bright future for Danielle whose enthusiasm and excitement is second to her drive to make her dreams come true.

To see more about the Robodogs or to make a donation to their team, please visit their website: http://cprobodogs2171.weebly.com/