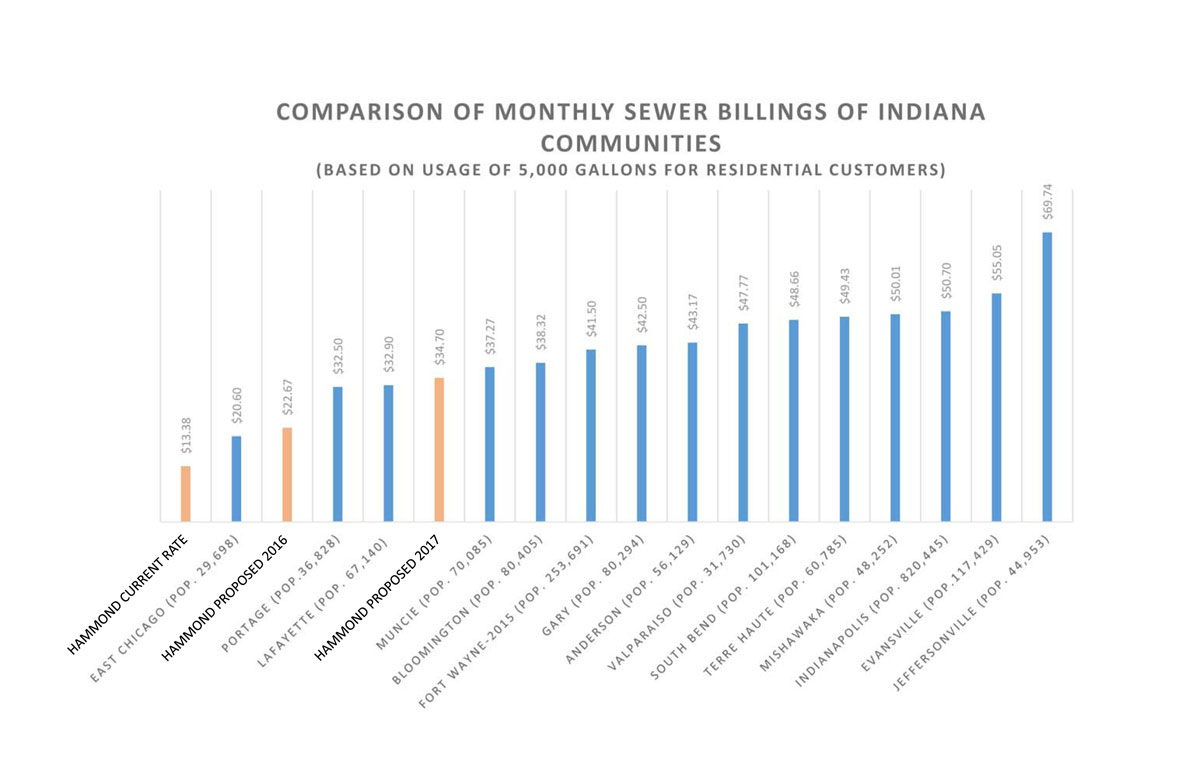 Increasing regulations by the Federal government are forcing the Hammond Sanitary District (HSD) to increase sewer rates, system-wide, for the first time in over 8 years. Rates are expected to increase over a two-step process with typical homeowners seeing increases $9.29 per month later this year and $12.03 per month in the fourth quarter of 2017. The rate increases must first be approved by the HSD later this month and then ratified by the City and Town Councils by both the City of Hammond and the Town of Munster before they can be put into effect. The Hammond Sanitary District currently has the lowest sanitary rate in the State of Indiana.

The Hammond Sanitary District first signed a Consent Decree with the United States Environmental Protection Agency, the Department of Justice and the Indiana Department of Environmental Management (IDEM) in 1999, which required the construction of a 33 million gallon Combined Sewer Overflow (CSO) Basin near HSD's sewer treatment plant on Columbia Ave. Future plans required by USEPA and IDEM to further reduce CSO's are expected to cost another $190 million over the next 17 years

"We have fought hard to minimize the costs to HSD customers through protracted negotiations with our customer communities, IDEM and EPA," said Mayor Thomas M. McDermott, Jr. "We have avoided hundreds of millions of dollars in capital improvements and millions of dollars in penalties as a result of our negotiations, yet we are faced with doing what is necessary to reduce the number of combined sewer overflows into the Lake Michigan, the source of our drinking water."