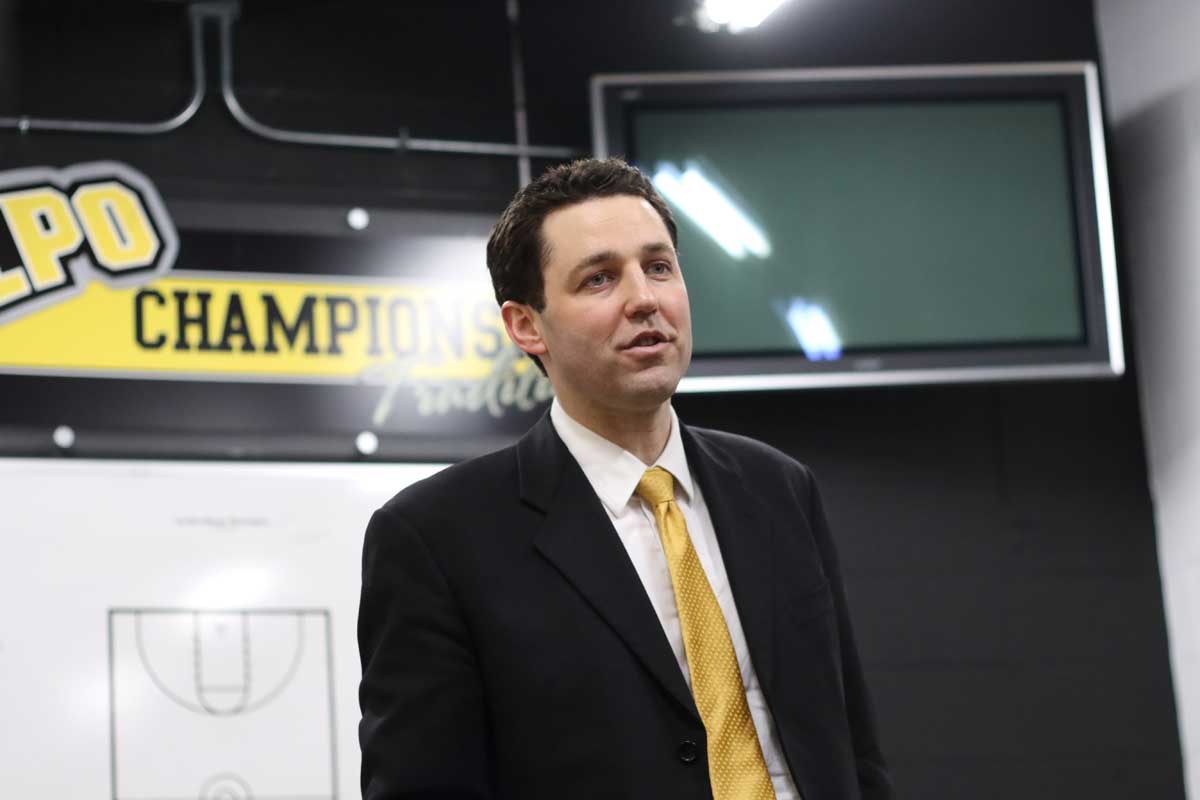 Next Up in Crusader Basketball:
A season which started way back in August with a foreign tour to Canada comes down to the final 40 minutes Thursday night at Madison Square Garden, as the Valparaiso University men’s basketball team is just one win away from capturing the NIT championship. All that stands between the Crusaders and the trophy? A George Washington team which Valpo will be facing for the first time in program history.

Last Time Out:
A 16-point second-half lead became a deficit late in the second half, but the Crusaders never panicked, regrouping in a battle down the stretch with BYU Tuesday night in Madison Square Garden and getting the game’s biggest shot courtesy of sophomore David Skara – a 3-pointer with 17.7 seconds to play that gave the Crusaders the lead for good in a 72-70 victory in the semifinals of the NIT. The triple from Skara capped a season-high 15-point night from the sophomore, while junior Shane Hammink punctuated the win by blocking a potential game-winning 3-pointer at the buzzer - his career-high fifth block of the contest.

Head Coach Bryce Drew:
Bryce Drew (124-48) is in his fifth season at the helm of the Crusader men’s basketball program in 2015-16. In his first five years, Drew has led Valpo to four Horizon League regular season titles, two Horizon League tournament championships and five postseason berths, including a pair of NCAA Tournament appearances. The 2012, 2015 and 2016 HL Coach of the Year, Drew ascended to the head coaching position on May 17, 2011 after spending six seasons as an assistant and associate head coach with the Crusaders.

Series Notes:
Thursday night will mark the first meeting between Valpo and George Washington on the hardwood. GW is the second team out of the A-10 that the Crusaders have faced this year, as Valpo won at Rhode Island, 58-55, back in November as part of the ESPN Tip-Off Marathon. Against current A-10 programs, the Crusaders hold a 10-14 all-time record.