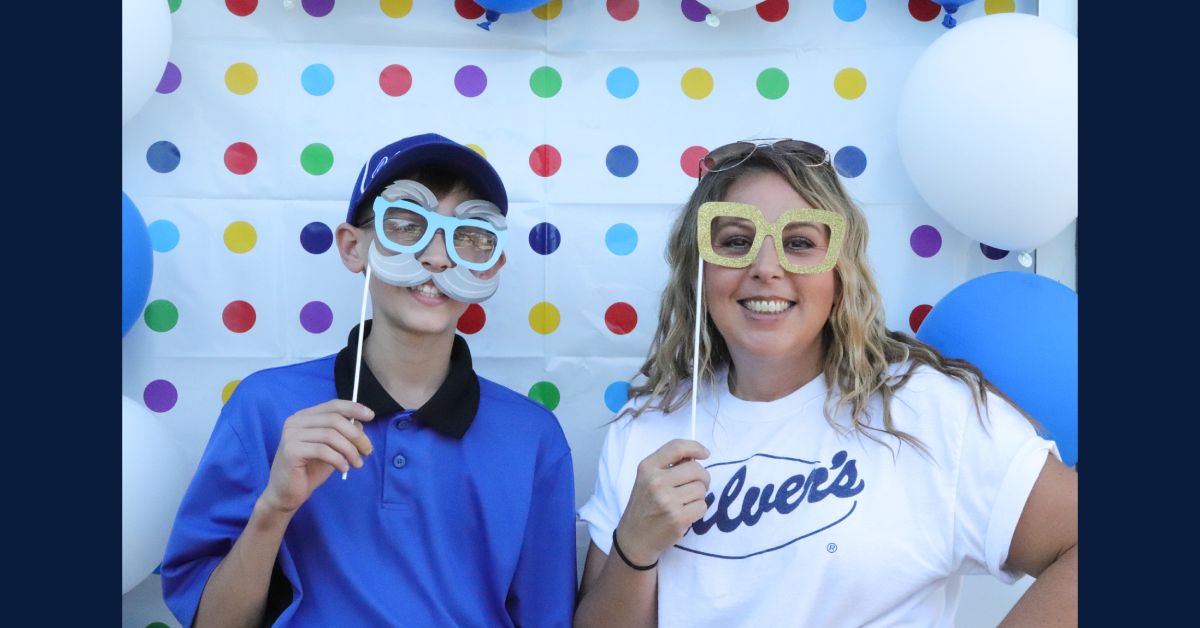 Valparaiso Culver’s has officially started another exciting event series for the Valparaiso community: Kids’ Nights. On Tuesday, August 9, kids and their families got to come out and enjoy all kinds of games and prizes at Valpo Culver’s first official Kids’ Night. Along with the games, there was face painting, balloon animals, sidewalk chalk drawing, and a photo booth for everyone to get silly with. Not to mention, the price of kids' meals was lowered to $3.99 for kids 12 and under dining in.

Lizz Remington, the owner of Valparaiso Culver’s, was thrilled to hold a Kids’ Night for her customers. The Valpo Culver’s team has done a few other small events in the past, but this is the first one they were able to spread the word for and make into a larger event.

“I’ve done kids’ nights at all the other Culver’s restaurants I’ve worked at, and I think that it’s a great way to give back to the community and just have everybody have a great time. Who doesn’t want to have their kids be entertained while they’re eating? It seems to make things a little easier on parents. So, I enjoy them, I think they’re super fun,” said Remington.

Remington’s favorite part about the Kids’ Nights is just watching the kids have fun and feel proud of themselves when they win. She helped them with their face paintings and cheered them on while they played games.

“Watching that girl who was just here nailing all six? Watching her get super excited? That’s what makes it worth it, is seeing them succeed,” said Remington.

Remington has high hopes for the Kids’ Nights and plans on making them a monthly occurrence. The goal is that every second Tuesday of the month families can come and have a little fun.

“I would like them to continue to grow and make it where it’s a family outing on the second Tuesday of every month. I want people to be able to say hey, we’re going to Culver’s because they have games and prizes and a bunch of events for our kids to do,” said Remington.

There are already many ideas in the works for future events. Next month, Remington plans on doing a superhero/princess-themed event where kids can come dressed as their favorite superhero or princess.

Another cute idea Remington has in store is a daddy-daughter date night. Dads and their little girls will be able to reserve a specially decorated table, while Culver’s team members come out to the table and take their orders as if they were at a fine dining restaurant. Of course, don’t forget Halloween, which will be a costume night that even the Culver’s team can dress up for!

With more fun ideas like these in store, Culver’s Kids’ Nights are sure to become a real bright spot in the Valparaiso community.

To learn more about Valparaiso Culver’s and the fun events it throws, visit https://www.culvers.com/restaurants/valparaiso or sign up for the Valpo Culver’s E-Club to receive more information.