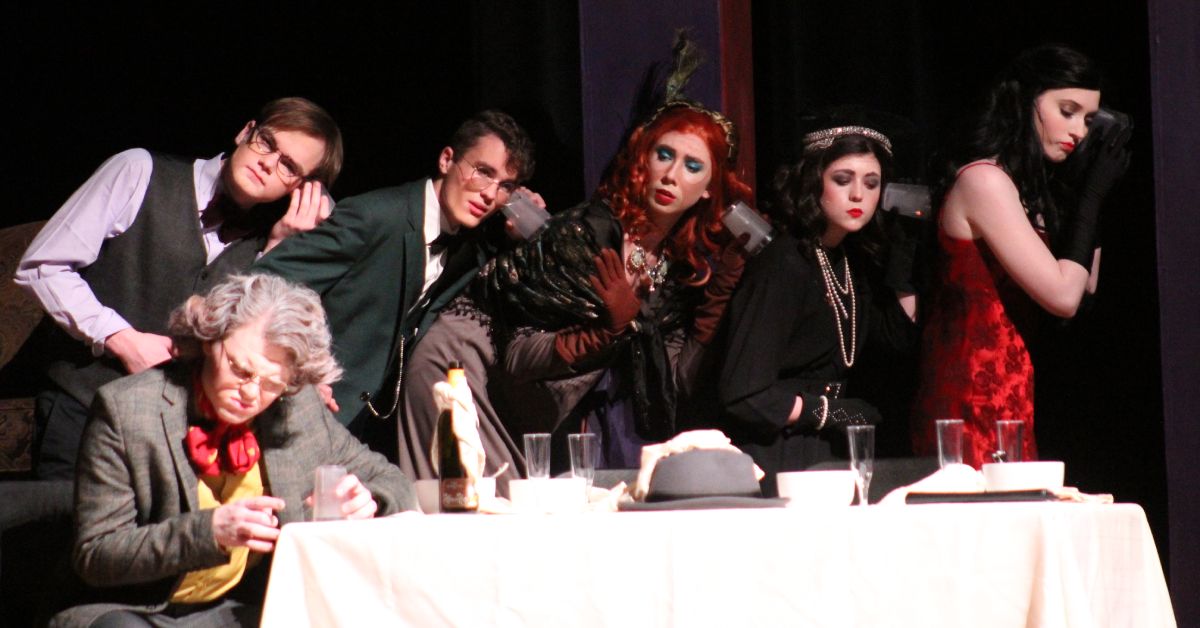 The Valparaiso High School Drama Club is putting on a production of “Clue” this Friday, Saturday, and Sunday. “Clue” is a murder mystery set in the 1950s, full of twists, turns, and laughs. Director Colleen Peluso explained that the cast of the show chose to produce “Clue.”

“When our show got cancelled in the fall with COVID-19, we did a long-form improv show, and then we did our normal Mocha Madness short-form show,” Peluso said. “That was probably going to be our season, but the students really wanted to do a main stage show. It was their bonus show, especially because my seniors really wanted to do a scripted show.”

Along with the intricate characters of “Clue” came the intricate set designs. The set pieces included multiple full room sets and rolling doorways operated by the backstage crew.

“What started out as a very minimalist show where you just want to be on stage turned into this full-scale production,” Peluso said.

Nathan Kirk, who plays the butler Wadsworth in “Clue,” explained the most challenging parts about portraying his character.

“Figuring out the exact reasons for what my character does and why he’s doing certain things is difficult,” Kirk said. “He’s lying a lot. Not everyone is telling the truth, it’s veiled a lot in mystery.”

Isabel Blaney, who plays the maid Yvette, explained her favorite parts about her character.

“My favorite thing about my character is that she’s a little sassy, and she does whatever she wants,” Blaney said. “I think there’s a lot of room to do whatever I want with the character, and I think that’s really fun.

“Clue” will be performed this Friday and Saturday at 7 p.m., and Sunday at 2 p.m. Tickets will be $10 at the door, and masks are required.