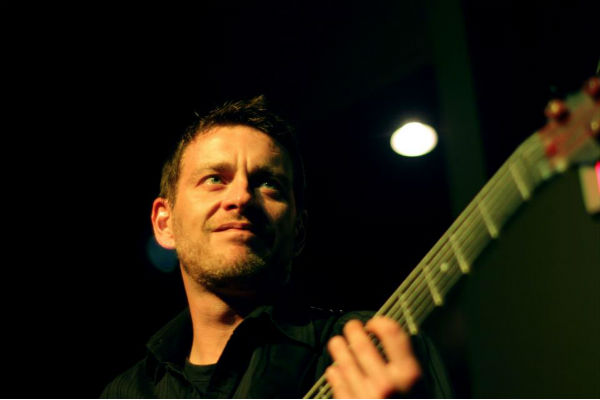 The Valparaiso High School Jazz Bands will be presenting their 18th Annual Guest Artist Jazz Concert, featuring local bassist, Buddy Pearson. The the concert will be presented at First United Methodist Church in downtown Valparaiso. There is no admission charge, however donations to the VHS Band Program will be accepted.

Buddy Pearson has been steadily playing bass for 32 of his 41years. Hailing from a very musically supportive family. Buddy was given his first upright bass at age nine, and, in one way or another, has never looked back.

While playing in the school's music program from the age of 9 to 18, Buddy also studied privately with George Wellington. Who, at the time, was principal bassist for the Chicago Symphony Orchestra. Also, it was during this time that he switched his focus from upright to electric bass with more of a concentration in Jazz. Soon after, this led to a Scholarship to the American Conservatory of Music where he studied intensively under jazz pianist Ahmad Jamal's main bassist James Cammack.

Soon after, Buddy heavily immersed himself in the Chicago area Jazz scene. Sharing the stage with a diverse group of traditional and contemporary Jazz artists such as Ahmad Jamal, Willie Pickens, Jerry Bergonzi ,Fareed Haque, Brian Auger, Brian Lubecke, Liquid Soul and many others. He is also co-founder for the last 16 years of the Jazz Fusion group, Freek Johnson. Who were the headliners at the Valparaiso University Jazz Fest in 2006, and continue to play all around the Chicagoland area.

Along with playing, Buddy has been teaching all levels of bass privately, and at Valparaiso's very own Front Porch Music for the last 12 years.