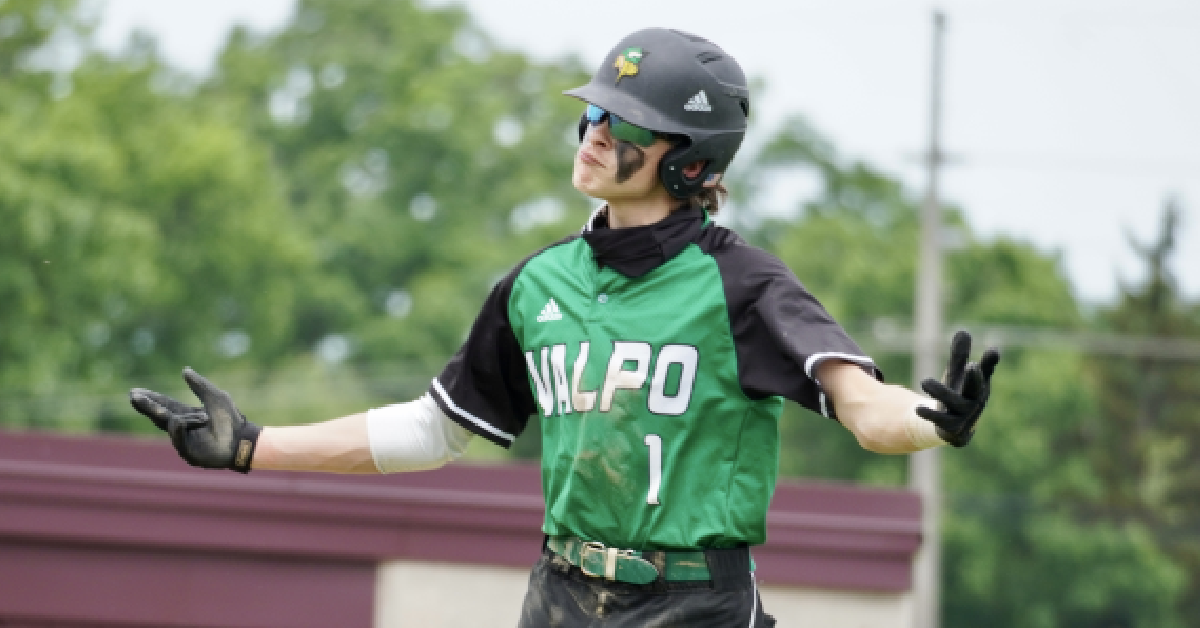 Winning the Indiana High School Athletic Association (IHSAA) Class 4A Sectional, on Saturday in Chesterton, against Crown Point High School has been a long time coming for Valparaiso High School baseball players and their fans.

The Vikings have not won a sectional since 2012 before that, it was 2002. The win was made possible because of some well-placed hits and a handful of misaimed throws by Crown Point High School that allowed the Vikings to score six runs and win the game with a final score of 6-2.

The Vikings have taken the season, one game at a time, but when the sectional draw was announced, the players were confident they had a good chance of winning. The Vikings and the Bulldogs met twice during the regular season. Each team won one game. Crown Point won the first game with a score of 7-5, while Valparaiso shut out the Bulldogs during the second game with a final score of 10-0.

Logan Lockhart, a Valparaiso High School Junior, was one of several Vikings who had success at the plate. Lockhart was 3-for-4 at the plate.

“The game started, I stepped in the box, and I had a few good hits,” Lockhart said. “I have been struggling hitting curveballs, so I knew they were going to throw them to me. They did, so I sat back and drove the ball.”

Lockhart, who plays center field, said the atmosphere was crazy but he enjoyed every minute of it.

“This is crazy. We haven’t won in a while, so it was good to win,” Lockhart said.

The Vikings had a few hits in the first two innings of the game but didn’t score until the top of the third when they drove in two runs. Players continued to crack the bats in the top of the fourth inning, scoring three more runs. The sixth run occurred at the top of the seventh inning when a few out-of-control throws by Crown Point allowed Valparaiso junior Thomas Vo, who was a pinch runner for senior Michael Zajac, to cross home plate.

The Vikings' pitching was led by senior Grant Comstock for the majority of the game and senior Nolan Coil took over in the last inning to secure the win.

Comstock said he began to get behind in the counts as his pitch count continued to increase in the seventh inning.

“The plan was to attack hitters and get after them,” Comstock said. “We knew we were going to score.”

Crown Point scored early in the game, but the rally died out during the next few innings. The Bulldogs wouldn’t score again until the bottom of the seventh inning.

“Going into the game, we knew that it was going to be tough. We knew we were going to have to play a super clean game to beat them,” said senior Will Pettit. “We just didn’t do that today, but we played hard.”

Pettit said the Bulldogs were looking forward to sectionals.

“We competed well but it obviously didn’t go our way for most of the day,” Pettit said. “We fought to the last out and stayed in the game.”