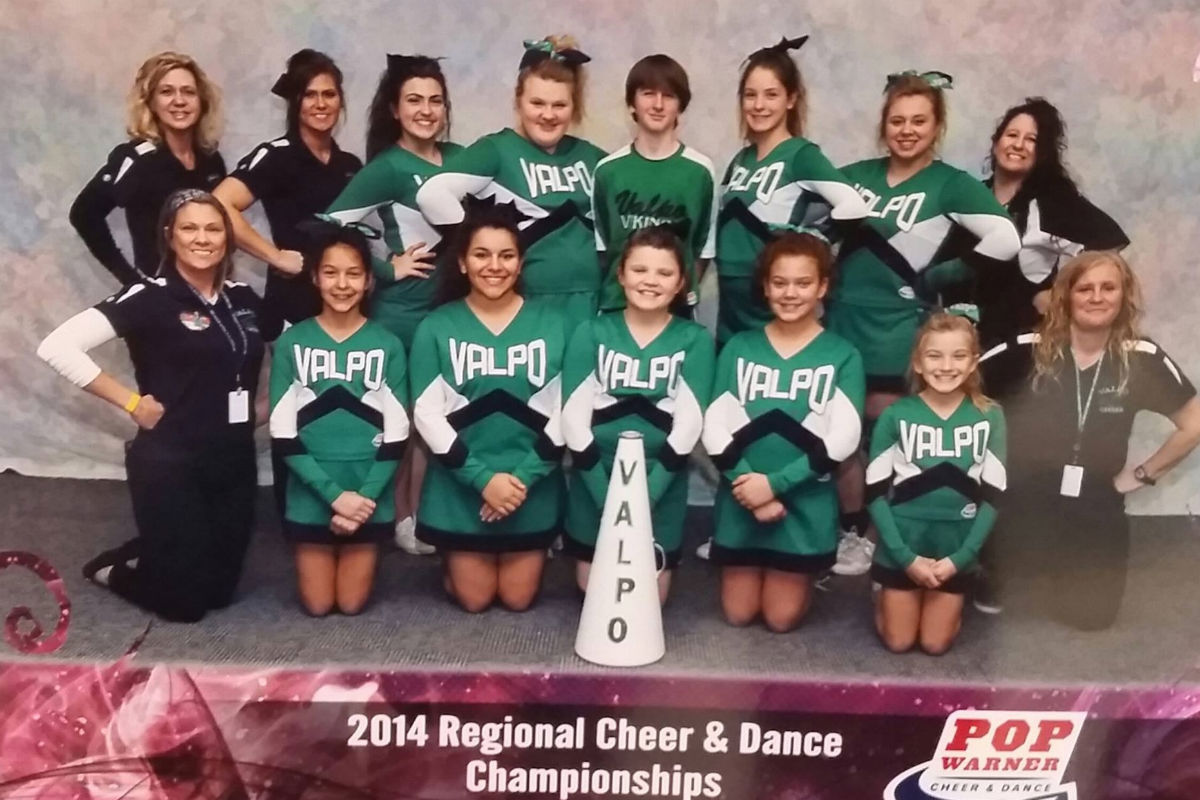 The Valparaiso Midget Pop Warner Cheer Team became Regional Champions in their division on November 9. The team has now earned their spot to compete at the ESPN Complex in Disney on Friday, December 14.

This is the third year in a row that the Valparaiso Midget Cheer squad has held the Regional Champion title and they are proud to represent the Mid America Region at the National Championship in Walt Disney World.

The team has worked hard, practicing three times a week in addition to cheering for the Jr. Midget football teams on Sundays throughout the season. Besides their hard work for Pop Warner, the cheerleaders must also maintain good grades in school or a low GPA could compromise their participation next season.

To help raise funds for the Florida trip, the Midget squad is also busy doing fundraising to help defray the airfare, meals and hotel expenses. If anyone would like to make a donation for the team, please contact Lori Staack at 219-242-5047 or email at buffylou15@aol.com.

The Midget squad would like to invite everyone to come out and help support their pancake breakfast at the Moose Lodge, 108 Indiana Avenue, Valparaiso on Saturday, November 29, 2014 from 7 a.m. to 1 p.m. Besides a great breakfast to help energize you before you hit the stores for sales, you can bid on many great silent auction items, purchase a 50/50 ticket or buy a baked sale goodie. The ticket prices for the breakfast are $7 for adults, $5 for kids 12 and under and a Pop Warner member special of $4 if you wear a coaches shirt, football jersey or the 2014 cheer t-shirt.