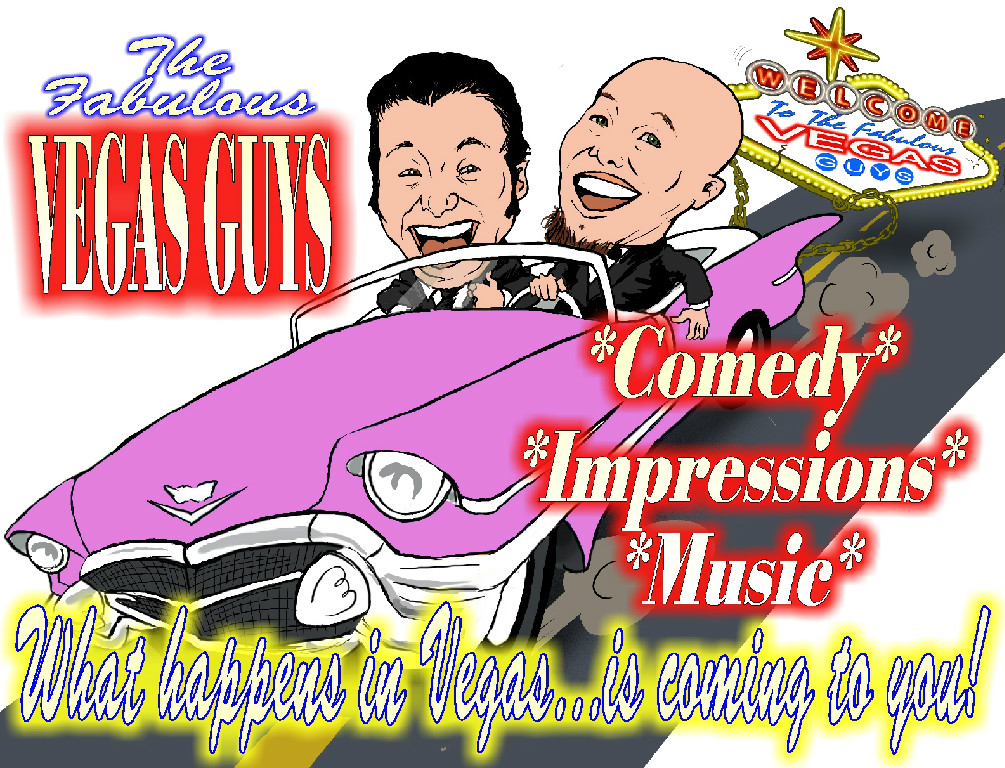 The Fabulous Vegas Guys, a two-man Las Vegas styled act featuring comedy impressionist, Don Tersigni, will be coming to the Memorial Opera House in Valparaiso, IN Saturday May 2nd at 8:00, for a special one-night-only performance. Minneapolis entertainer, Jonny Bird, rounds out the cast of this one of a kind show.

Tersigni, a Valparaiso native, has performed across the country with his "Voice Chameleon" act, featuring popular bits like "Rocky becomes a comedian," "never before seen movie sequels and prequels," "celebrity nursery rhymes," and his "magic movie star sunglasses," on both TV and as a corporate entertainer to rave reviews for more than 25 years. He was recently highlighted on the Oprah Winfrey Network, and is a former comedy champion of “Ed McMahon’s Next Big Star.”

Canadian born Jonny Bird has performed behind a microphone for more than two-and-a-half decades as a radio and live DJ, voice-over talent, KJ, MC, event host, singer, writer, musician, and comic entertainer. As a solo artist, he has worked with Grammy Award winning singers and producers, and his original song and video, "NEVER," was recently selected over acclaimed national acts as the theme song for a Canadian Special Olympics team.

Tickets are available online at http://www.memorialoperahouse.com/