The Valparaiso Rotary Club presented its Four Way Test Award to member Damien Gabis, founder of Taltree Arboretum, for “living the Rotary Four Way Test and the Rotary motto ‘Service Above Self’,” at its annual meeting held June 30. 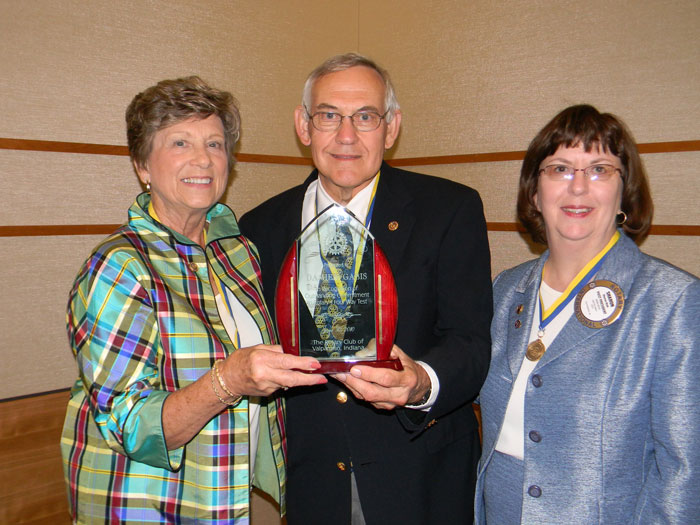 Gabis, with his wife Rita, recognized in 1997 that the loss of green space would have a detrimental effect on people. They envisioned a place where people would come to be refreshed and restored, find inspiration and creativity in nature, and learn about horticulture and ecology. Their vision created Taltree Arboretum, a 360-acre reserve of formal gardens, woodlands, wetlands, and prairies, located southwest of Valparaiso.

Gabis has served in many professional and volunteer capacities in the community. He is a member of the American Academy of Microbiology, American Public Gardens Association, American Conifer Society and the Indiana Academy of Science. He is a recipient of the Personal Achievement Award from Franciscan University of Steubenville, was elected to the University of Illinois-Chicago Entrepreneurship Hall of Fame, and has received the Harold Barnum Industry Award, International Association of Milk Food & Environmental Sanitarians and the NW Indiana Quality of Life Council Award for Environmental Health. He has served on numerous Rotary committees, including the Board of Directors and served as President in 2006-07, and is a Paul Harris Fellow.

Damien and Rita have been married for 43 years; have three children and three grandchildren. 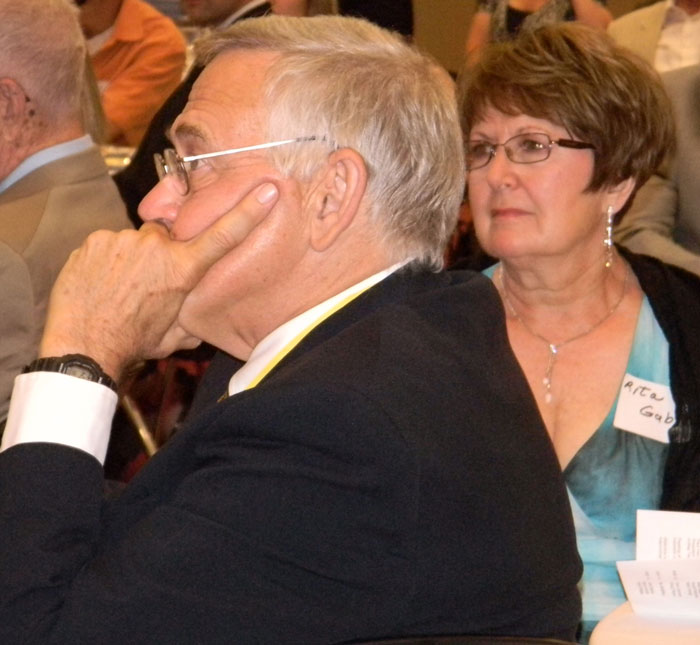 2) Damien and Rita Gabis listen as the Four Way Test Award was introduced at the annual Rotary dinner. Damien was unaware that he had been selected as the 2010 recipient until it was announced at the event.