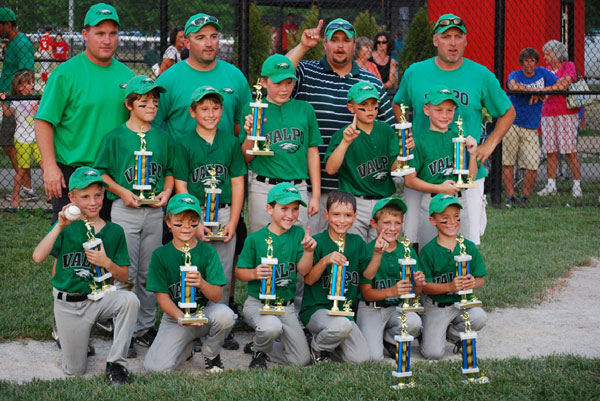 The Valparaiso 8U Screaming Eagles Baseball Travel Team has enjoyed much success this season, but none more than during the final month of the summer season. After playing up against Travel 9U teams most of the summer, the boys used that experience during the month of July winning all three major area 8U Tournaments. During these tournaments, Portage, Lakes of the Four Seasons, and their own Valpo Slam Fest, the boys lost only 1 game and finished 14-1 bringing home three 1st Place Trophies.

According to their coaches, Jason Lawrence, Darin Dingman, Greg Walls, and Tom Milroy, the boys’ success is due mainly to their talent, their desire to become better baseball players, and their hard work and coachability; however, this coaching staff found just the right mix of Coaching, Instruction, and Motivation which greatly contributed to the team’s success.

The Valparaiso 8U Screaming Eagles would like to thank the Sponsors: 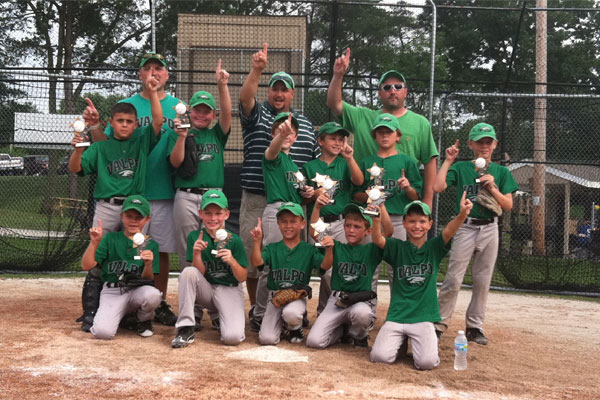 2011 8U Lakes of the Four Seasons Tournament Champions 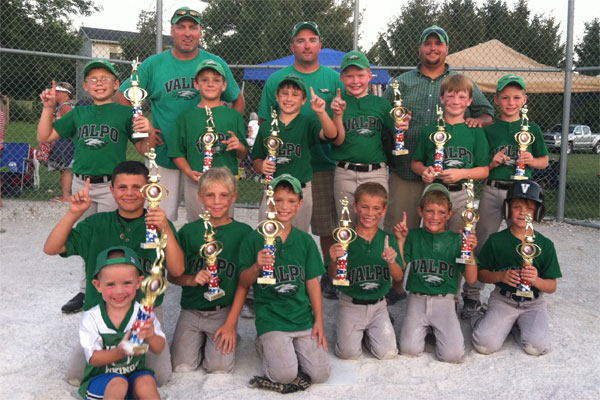