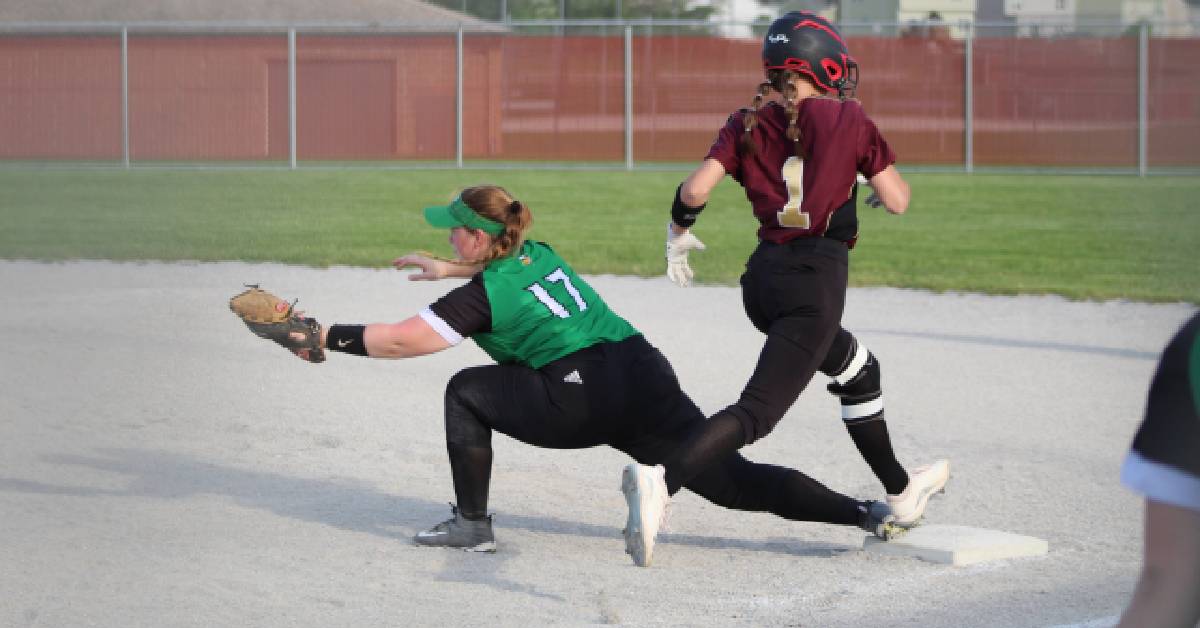 The Valparaiso Vikings rolled past the Chesterton Trojans 15-2 Monday evening to kick off the Softball Sectional Championship in Crown Point – making them 3-0 on the season against the Trojan girls.

“We told [the team] they’ve got to have a lot of respect for Chesterton; we needed to come out here and play our game,” said Tracy Corneil, Head Coach for the Vikings. “And boy, the bats were rocking, the team did a really good job.”

Valpo’s big breakthrough came early on when the Trojan’s infield made a pair of miscues on hard hit balls that led to a four-run inning. The Vikings continued to pile on afterwards, including a pair of home runs from Paiton Iliff and Marley Nagy.

“I kind of like to feed off of other people,” Nagy said. “When they get a good hit, it gets me really excited and I get some mojo going, hits come together.”

Nagy dislocated her thumb last Thursday, an injury that continues to nag and cause some uncomfortable at-bats – but she would never miss a sectional game, especially against Chesterton.

"It was nice to come back after hurting my thumb," she said. "And I came back strong."

The Viking’s next step in Sectionals is to try and find a way past Crown Point. The Bulldogs are having a monster 26-3 season, with their only losses coming from out-of-state schools and the similarly dominant 26-1 Lake Central Indians.

The Viking-Bulldog matchup is set for Thursday at 4:30 p.m. Sectional action continues tomorrow, however, with Hobart facing Portage at 4:30 p.m., and Lowell playing Michigan City at approximately 6:30 p.m.