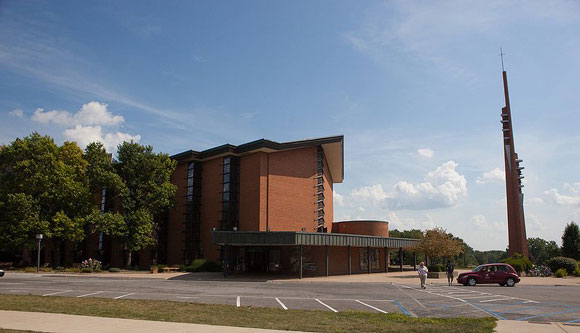 In Past 10 Years, 26 Valpo Students and Alumni Have Received Prestigious Fulbright Awards

"It is an honor for Valpo students to be continually recognized by the prestigious Fulbright Program," Valparaiso University Provost Mark R. Schwehn, Ph.D., said. "This distinction is a testament to the outstanding value of a Valpo education, as well as to the hard work, dedication and leadership demonstrated by our students."

In May, Valpo announced three 2013 graduates had received Fulbright English Teaching Assistantships for 2013-2014. Valpo is the only Indiana master's institution included on the list of top producers, which was published in this week's edition of The Chronicle of Higher Education. Elizabeth Burow-Flak, associate professor and chair in the Department of English and Fulbright Program Advisor, attributed this to Valpo's focus on internationalization.

Each of the Valpo alumni who received grants for 2013-2014 had studied abroad as undergraduates. Halina Hopkins '13 majored in biology, environmental science and humanities at Valpo and was also in Christ College — The Honors College. Currently, she is teaching in Taiwan. Hannah Scupham '13, an English and German major, returned to Germany to teach after spending the 2011-2012 academic year studying in Tuebingen, Germany. Sterling Summerville '13, an international service major, is teaching in Poland, and he previously studied abroad in Namibia.

"My experience in Poland has been full of opportunities for growth and character development," Summerville said. "I am very honored to be here working with such amazing people. I can't thank my Valpo faculty influences enough for helping to make all this possible."

In the past 10 years, 26 Valpo students and alumni have been recognized as Fulbright scholars. Eighteen of these were in Christ College — The Honors College. Burow-Flak said many Valpo faculty members have received Fulbright grants themselves, which enables them to serve as mentors to students who would be a good fit with the program. Several of the Fulbright grants require a language component and emphasize the importance of studying abroad, so Valpo faculty stress the importance of international and multicultural experiences to interested students.

More than 1,800 United States students, artists and young professionals in more than 100 different fields of study have been offered Fulbright Program grants to study, teach English and conduct research in more than 140 countries throughout the world for 2013-2014.

Since its inception in 1946, the Fulbright Program has provided more than 325,000 participants — chosen for their academic merit and leadership potential — with the opportunity to study, teach, conduct research, exchange ideas and contribute to finding solutions to shared international concerns. In the past 67 years, more than 44,000 students from the United States have benefitted from the Fulbright experience.

The Fulbright Program is sponsored by the United States Department of State Bureau of Educational and Cultural Affairs. The J. William Fulbright Foreign Scholarship Board, composed of 12 educational and public leaders appointed by the President of the United States, formulates policies for the administration of the Fulbright Program, establishes criteria for the selection of candidates and approves candidates nominated for awards.

In the United States, the Institute of International Education administers and coordinates the activities relevant to the U.S. Student Program on behalf of the U.S. Department of State, including conducting an annual competition for the scholarships.

For more information about Valparaiso University, contact Nicole Niemi at nicole.niemi@valpo.edu or 219.464.6010.