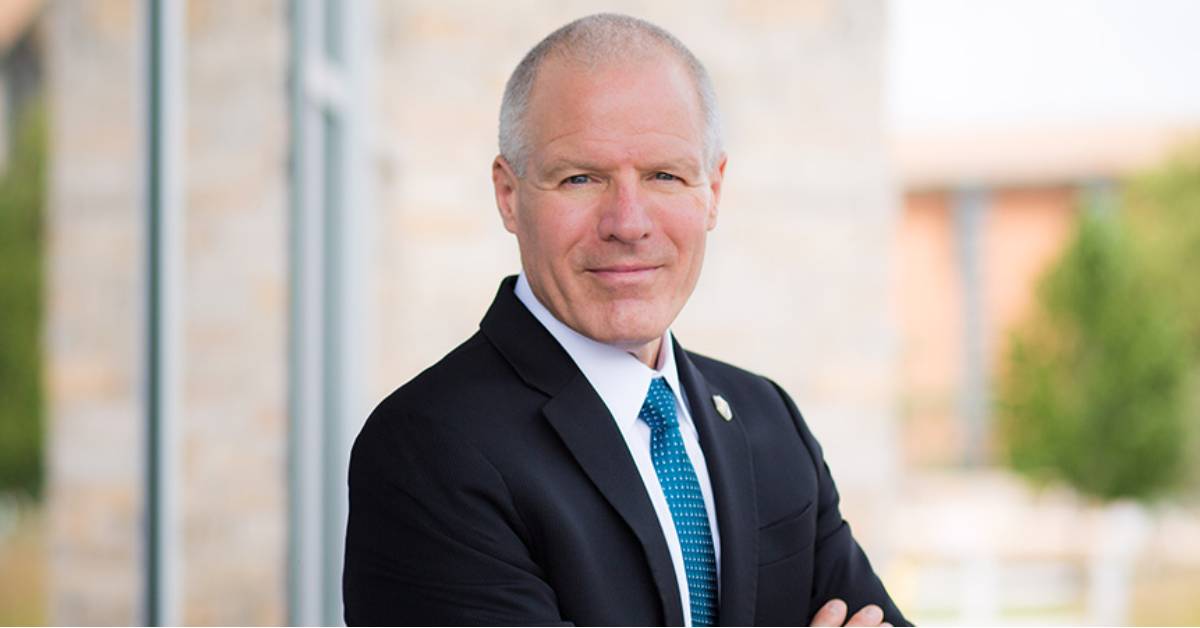 After more than a decade as president, Mark A. Heckler, Ph.D., announced today his recommendation to the Board of Directors that it begin the search process to identify the next President of Valparaiso University. Heckler assumed his position as the University’s 18th president in 2008.

Heckler has agreed to serve as president until such time as a successor has been identified and is available to assume office.

“It may take time to search, hire and effectively transition to the next president. Therefore, the process must begin now to ensure continuity of presidential leadership,” President Heckler announced earlier today in communication to the campus community and alumni. “With the rapid changes in the educational landscape I want to ensure that the next president has the strengths and skill set to address these challenges over the next five years and beyond.”

Heckler implemented a strategic planning process that brought forth the vision for Valpo to be known for the knowledge, character, integrity and wisdom of its graduates and a place for dialogue across differences. Under Heckler’s leadership the Institute for Leadership and Service was created, and he commenced strategic efforts to add generosity to Valpo’s core of student development. Additionally, Heckler created the Presidential Commission for an Inclusive Valparaiso Community (CIVIC), which serves to determine, coordinate and advance the initiatives Valparaiso University needs to implement its vision to become a more inclusive and equitable community.

“President Heckler has provided steady leadership of Valparaiso University, during flourishing times and those of transition,” said Frederick G. Kraegel, chair of the board of directors. “He has served Valpo selflessly with tireless dedication and the Board of Directors joins me in expressing our deepest gratitude for his exemplary leadership and service during the past 12 years.”

A dedicated educator with 40 years of experience as a professor and administrator, Heckler has led Valpo in comprehensive strategic and master planning efforts resulting in significant campus program expansion and construction. Under his leadership a dozen new academic programs were launched, including physician assistant studies, bioengineering, business analytics, cyber security, data science, music therapy, supply chain and logistics, integrated business and engineering, and occupational therapy, and six new campus facilities have been constructed. Most significantly, Heckler launched Valpo’s first ever endowment campaign, Forever Valpo: The Campaign for Our Future which has raised more than $215 million as of June 30, 2019.

“May God continue to bless each and every one of you as together we are called to seek truth, serve generously, and cultivate hope. It is the greatest privilege of my life to be among your company and to undertake this noble work,” Heckler said to the campus community in a communication earlier today.