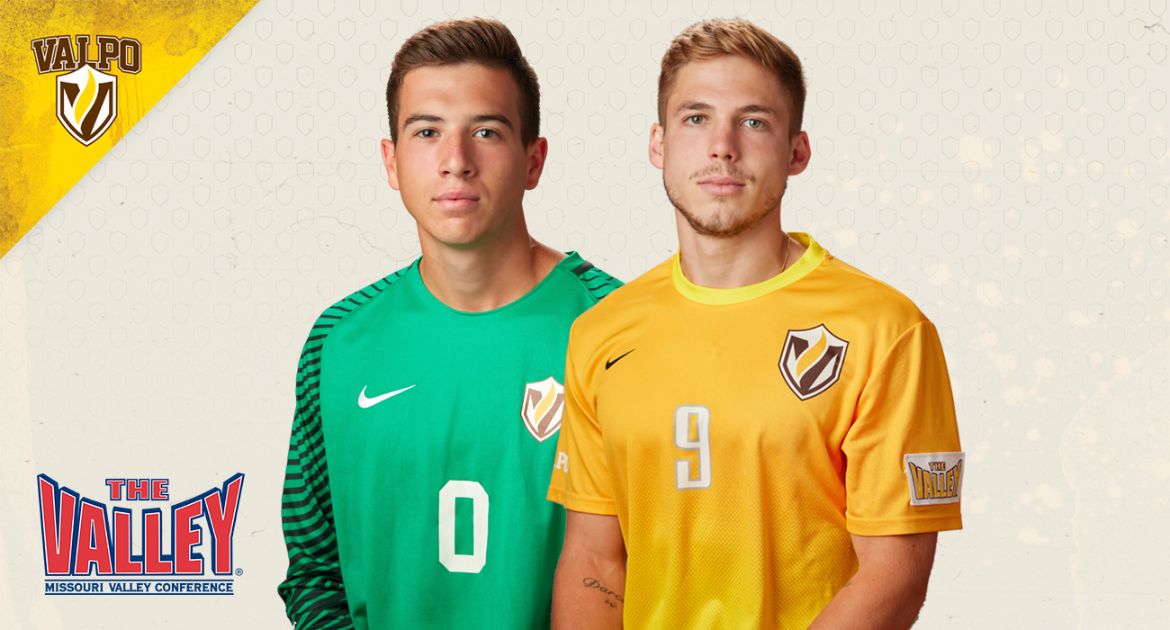 The Valparaiso University men’s soccer team continued to accumulate awards and honors on Wednesday, as the Missouri Valley Conference announced its weekly awards.

Mentzingen scored the first goal of his Valpo career in the 47th minute on Friday night, giving the Crusaders a 1-0 edge in an eventual 2-1 upset of Loyola, a team ranked 18th nationally by Top Drawer Soccer. He wasted little time in picking up his second goal of the season, scoring in the second minute of a 2-1 win over DePaul that helped Valpo secure the Chicago Classic title. Mentzingen has a team-high 10 shots this season and became the first Crusader to pick up his second goal of the year.

Miras had already received a pair of honors for his stellar week, earning a spot on the College Soccer News National Team of the Week after winning the Chicago Classic MVP Award. Miras was a key cog in Valpo’s tournament title, making 12 saves in the two matches including a career-high eight on Sunday at DePaul. Miras has 24 saves in four matches in his first year as Valpo’s starting goalkeeper, ranking third nationally in total saves. He totaled 17 saves for the week, which also includes Monday’s 1-1 draw at Big Ten foe Michigan.

The Crusaders (2-1-1) snapped defending MVC regular season champion Loyola’s 28-match home unbeaten streak, a grand entrance in the department’s first MVC event as a full-fledged member of the conference in any sport. That sparked a week of recognition for the Crusaders, who are ranked ninth in the West Region in the latest United Soccer Coaches weekly poll.

Valpo will look to make it three consecutive wins on Saturday night at SIU Edwardsville. Links to live video and stats will be available on ValpoAthletics.com.