By: Valparaiso University Last Updated: May 5, 2015 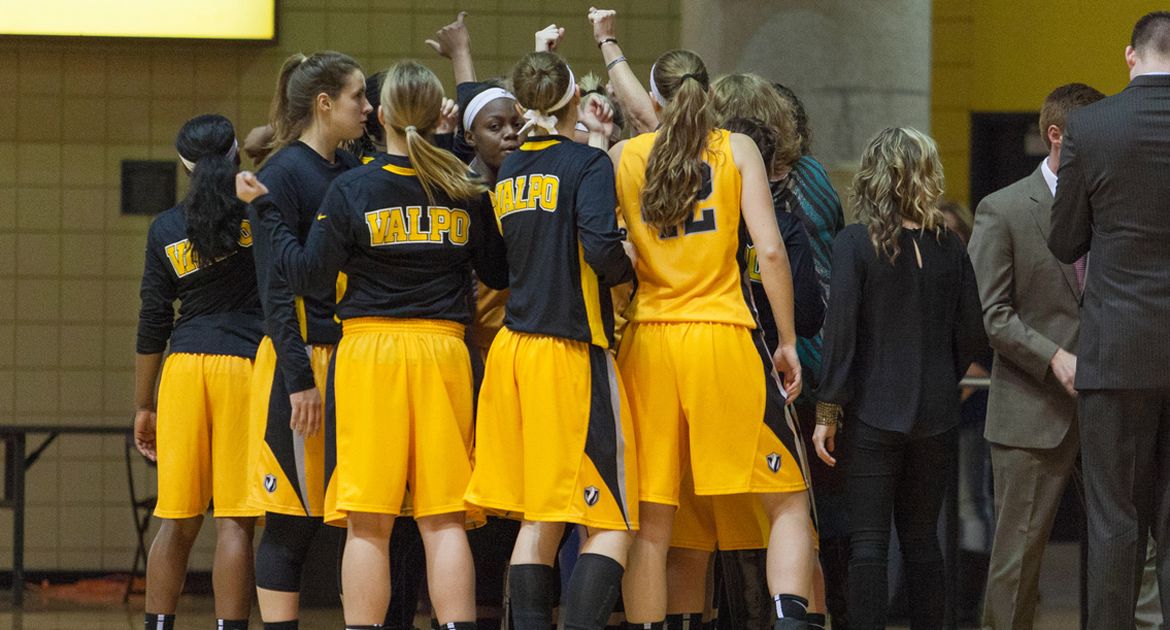 Lindfors will enter Valparaiso as a freshman during the 2015-16 season. She averaged 12.2 points, 10.8 rebounds, and amassed 122 blocks last season for Elk Grove. She accumulated 16 double-doubles in her senior season and recorded five or more blocks in a game on eleven separate occasions. Lindfors earned a No. 194 ranking in the country by the Dan Olson Collegiate Girls Basketball Report. The post player was also ranked the No. 30th player in the Chicago Area by the Bret McCormick All Star Girls Report. Lindfors was awarded all-conference and all-area honors in both basketball and volleyball.

Coach Dorow on Lindfors: "Amber is a mobile post player who has learned a great deal about what it takes to excel at the collegiate level from her family and her AAU coaches. She will make her presence known on the defensive end immediately and I believe she will shine on the offensive end once she learns more about our system. Amber plays under control and has good touch around the basket. She plays more physical than most incoming posts and is eager to get to work."

Scott-Thompson, a 5-foot-5 guard, will be a junior and is eligible to play in the 2015-16 season. She averaged 16.0 points, 3.6 rebounds, and 2.1 assists last season for the Ladyjacks. Scott-Thompson set a new NJCAA single-season record for three-pointers with 143. She enjoyed 13 games of 20 points or more in her final campaign with Dakota College at Bottineau. Scott-Thompson earned First and Second Team All-Region honors while becoming the first Ladyjack to score over 1,000 points.

Coach Dorow on Scott-Thompson: "I am thrilled to announce the addition of the top 3-point shooter from the NJCAA, Imani Scott-Thompson. While Imani will stretch the defense with her deadly 3-point shooting, she will also be able to create scoring opportunities for the rest of our team with her passing abilities. She is very excited to become a part of our Valpo family and we can't wait until she arrives on campus."

Lindfors and Scott-Thompson will join Meredith Hamlet, Claire Marburger, Hannah Schaub, and Allison Schofield as newcomers for the 2015-16 season.

Ranieri took another step forward statistically as a junior in an already stellar career, finishing the regular season batting .423 with 40 runs scored and 38 RBIs. The junior has already set a new program single-season record with 38 walks and leads the Horizon League in both walks and doubles (15). Ranieri is on pace to set Valpo’s single-season records in on-base percentage (.558) and slugging percentage (.808) as well. Within league play, Ranieri took her numbers to another level, finishing the Crusaders’ 20-game league slate hitting .483 with 23 runs scored, 22 RBIs, eight doubles, seven home runs and 15 walks.

Nadler stood out as a freshman, ending the season in the cleanup spot in Valpo’s batting order. Splitting time in the outfield and at designated player, Nadler hit .340 in her rookie season and recorded seven doubles, three triples and 19 RBIs. Like Ranieri, she took her game to another level in Horizon League play, hitting .413 in the Crusaders’ 20 league contests with 13 runs scored and 15 RBIs. Nadler’s best weekend came in the final weekend of the regular season, helping the Crusaders to a three-game sweep of Youngstown State to secure a spot in the league tournament, as she went 6-for-8 with six runs scored and four walks.

Moreno joined Nadler on the All-Freshman squad after starting every game this season at shortstop for the Crusaders. The Murrieta, Calif. native finished the regular season hitting .333 with 33 runs scored, second-most on the team and good for eighth in the Horizon League. Moreno is ranked among the top-30 nationally in sacrifice bunts, laying down 13 successful sacrifices this year, and has also driven in 25 runs and drawn 20 walks.

Valpo Set to Head to HL Softball Championship
Next Up in Crusader Softball: The Valparaiso University softball team takes aim at the 2015 Horizon League title this week, as the Crusaders head to Oakland, site of the Horizon League Championship. Valpo, which enters the tournament as the fifth seed, is looking for its third tournament title in the last four years.

Previously: Needing to win at least two of three games to earn a spot in the league tournament field, the Crusaders did one better last weekend, sweeping their three-game series against Youngstown State by scores of 9-7, 7-5 and 9-5 to send out seniors Tarah McShane and Lindsey Norway as winners at home. Taylor Nadler went 6-for-8 with six runs scored over the three games, while Kaitlyn Ranieri was 4-for-7 with seven runs scored and five walks.

Following the Crusaders: The entirety of the 2015 Horizon League Championship will feature live video broadcasts on ESPN3.com. Links for the live video, as well as live stats, will be available at ValpoAthletics.com. The @ValpoSoftball Twitter account will also feature live in-game updates.