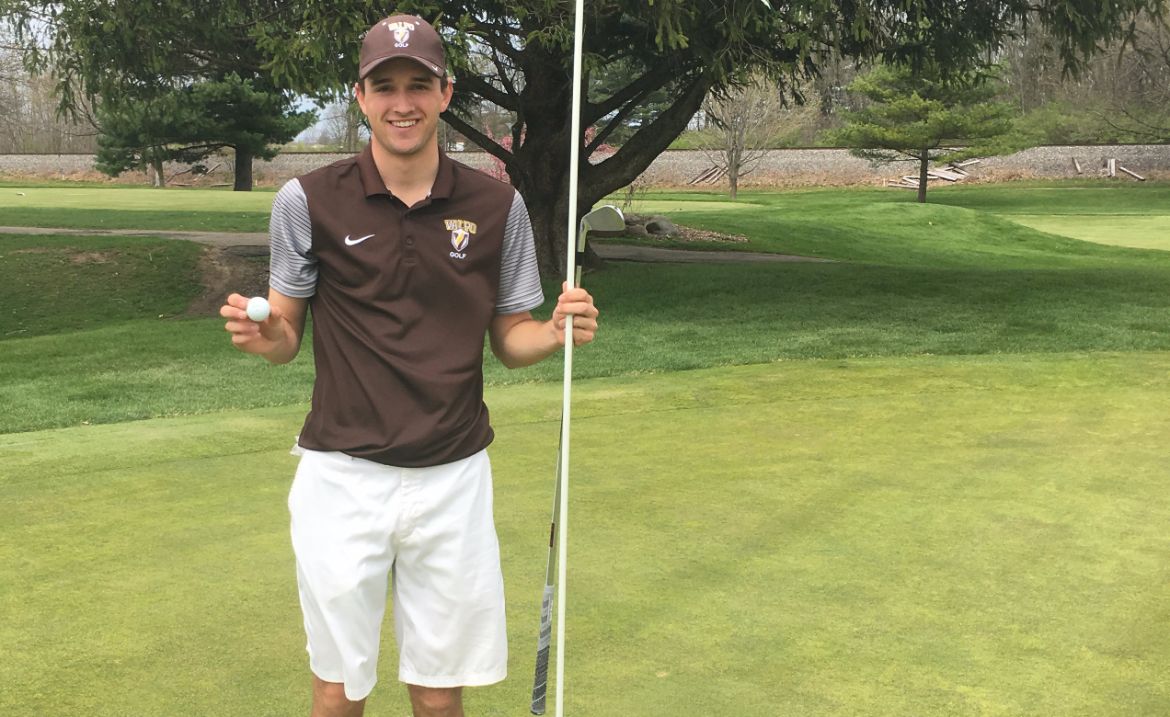 Wittmann and the Crusaders will look to carry over that practice round success as the Earl Yestingsmeier Memorial Invitational gets going on Friday in Muncie. A link to live scoring is available on ValpoAthletics.com.

Valpo Falls Twice to League-Leading UIC Wednesday
The Valparaiso University softball team dropped both ends of a Horizon League doubleheader against league-leading UIC Wednesday afternoon at the Valpo Softball Complex, falling 5-0 in the opener and 3-2 in nine innings in the nightcap.

Thoughts From Head Coach Kate Stake
“We need to be able to close out a game – we have consistently struggled to close out games. Today, we put ourselves in the position in the seventh inning to win the second game, and once again were not able to close it out.”

“We have to be better defensively than we were in this series – not just counting errors, but other plays we should expect to make. We can’t allow a player like Watts, who wasn’t able to do much swinging the bat during the series, to just drop down a bunt a few feet in front of the plate and reach – we have to cover those situations better.”

“We won’t let these three losses in this series define us, just like we didn’t let our five straight wins to start the season define us. We won’t hang our hats on either the high points or the low points of the season, but will just keep going out and playing game in, game out.”

“There’s a lot of season left, and while at this point we don’t control our destiny with the regular season title, we still can control where we’ll finish in the standings. All credit to UIC – I think they’ve earned the top spot in the league to this point in the season; they played well this week and handled our very productive offense. We certainly learned a lot this week, and will continue to build on what we learned moving forward over the remaining month in the regular season.”

Next Up
The Crusaders (19-13, 6-6 Horizon) have a quick turnaround to another Horizon League series, as they will hit the road for a three-game set at Cleveland State this weekend. The schedule for the series has been amended due to weather concerns, and will open with a noon CT doubleheader on Friday afternoon. Links for the live coverage will be available via ValpoAthletics.com.