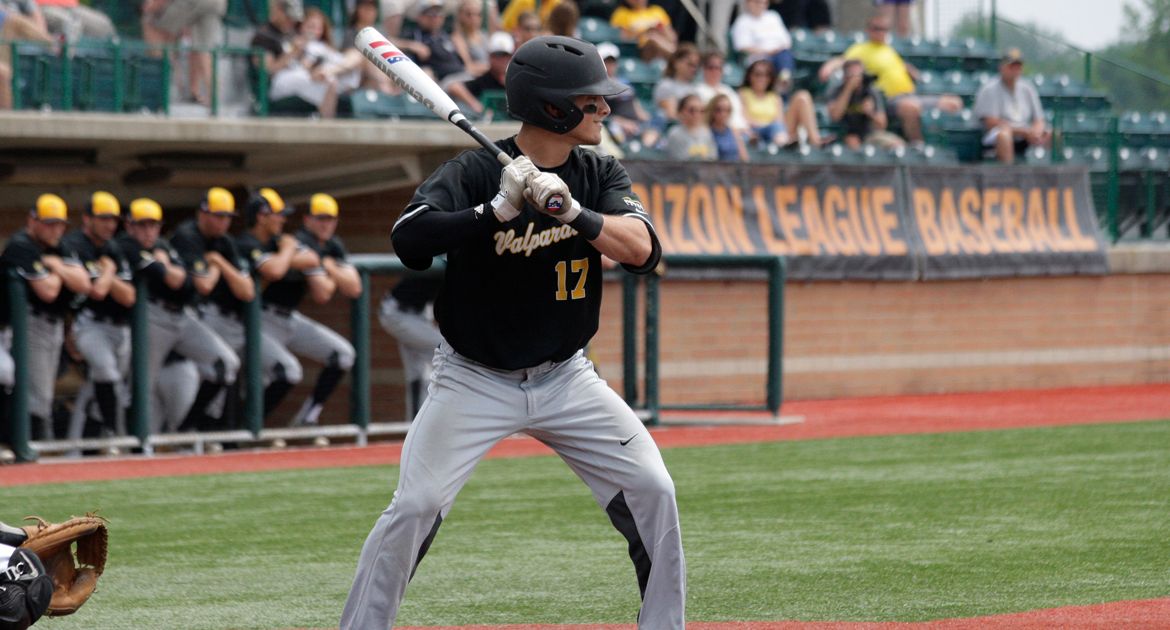 Stea Grand Slam Propels Crusaders to Dramatic Win
One swing of the bat from senior James Stea (Los Alamitos, Calif. / Los Alamitos [Golden West]) altered the complexion of Thursday’s series opener between the Valparaiso University baseball team and visiting Oakland. The Grizzlies played long ball early to build the lead, but it was Stea’s big fly that mattered most as his eighth-inning shot over the left-field fence put the Crusaders up 7-6, a lead they did not relinquish.

Next Up
The Crusaders and Grizzlies will do it again on Friday with the middle game of the series beginning at 1 p.m. CT. The game can be heard on 95.1 FM Valparaiso, WVUR. Links to live audio and stats are available on ValpoAthletics.com.