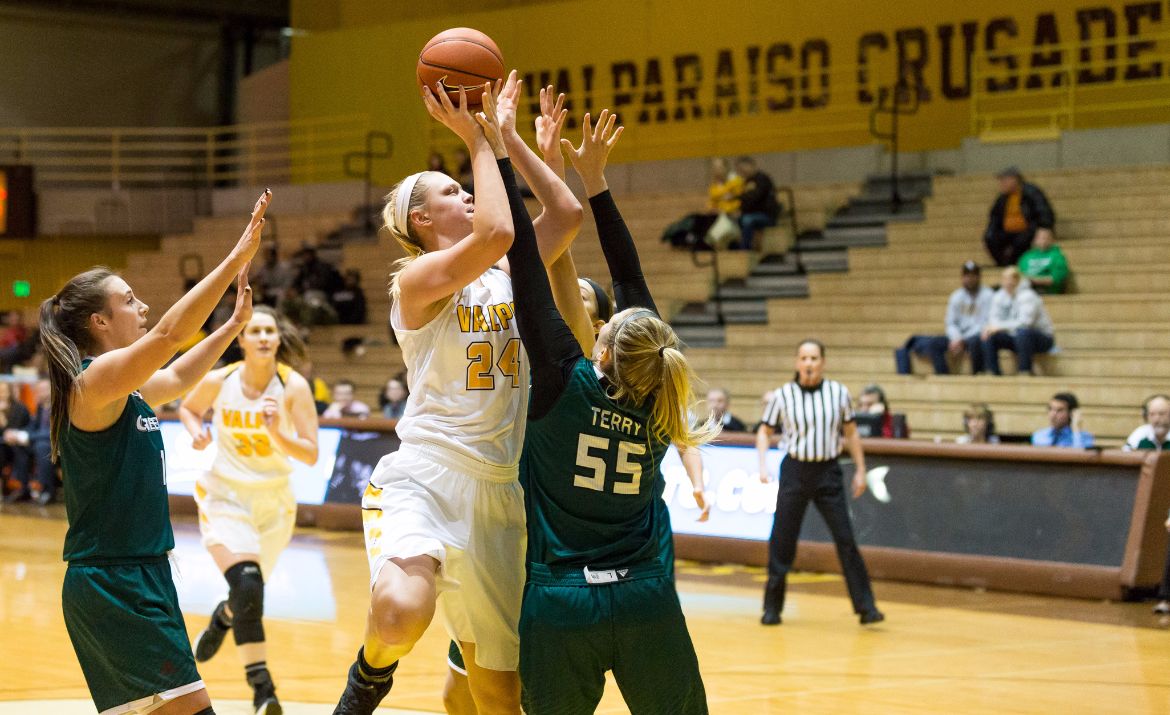 Phoenix Defense Too Much For Crusaders on Thursday
The Valparaiso University women’s basketball team dropped the first league home game of the season on Thursday, 75-36 to Horizon League power Green Bay. Meredith Hamlet and Haylee Thompson scored eight points apiece to pace Valpo in scoring. The Phoenix showed why they entered the game ranked second in the nation in scoring defense, holding Valpo to single digits in three of the four quarters and forcing 26 Crusader turnovers.

Next Up
The Crusaders (5-9, 0-3 Horizon) will play the second of back-to-back home contests as they welcome Milwaukee (10-4, 2-1 Horizon) to the Athletics-Recreation Center on Saturday at 1:30 p.m. Live video will be available on ESPN3, WatchESPN.com and the ESPN app. Live audio will also be available via UStream. Jake Wulbert will call play-by-play, with Renee’ Turpa and Kevin Huang adding color commentary. Links to live video, audio and stats are available on ValpoAthletics.com.