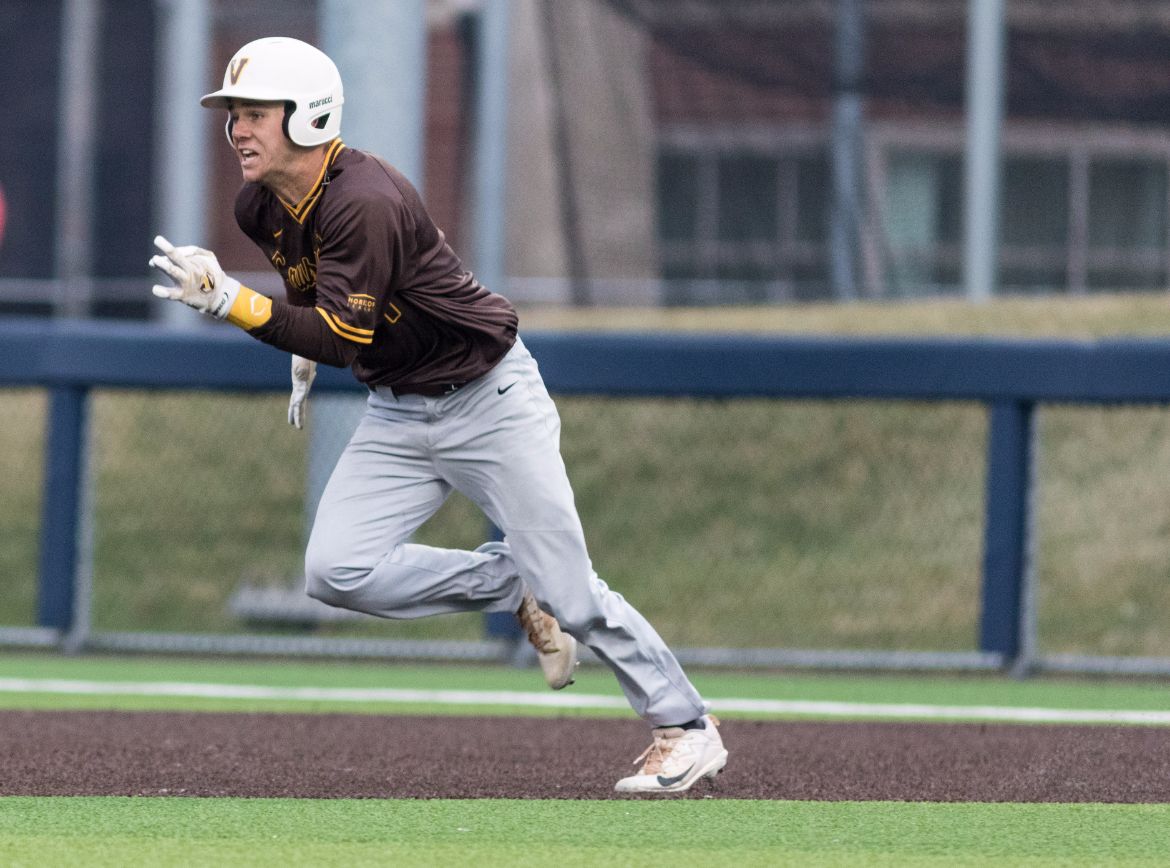 Crusaders Best Boilermakers in West Lafayette
A strong start by Grant Inman set the stage, three hits by Chad Jacob (Irvine, Calif. / Woodbridge) helped the cause and a scoreless ninth by freshman Jon Tieman (Crystal Lake, Ill. / Prairie Ridge) sealed the deal as the Valparaiso University baseball team dispatched instate Big 10 foe Purdue 5-1 on Wednesday night in West Lafayette. This marked the first time since 1977 the Crusaders won at Purdue, and they’ve now captured back-to-back wins against the Boilermakers after a triumph at Emory G. Bauer Field last May.

Next Up
The Crusaders will make the trek to Wichita, Kan. for a three-game weekend series at Wichita State that begins on Friday night at 6 p.m. CT. The series will be broadcast on ESPN3, WatchESPN and the ESPN app. Links to live video and stats are available on ValpoAthletics.com.

Softball Claims Win Over IUPUI In Home Opener
The Valparaiso University softball team opened its home season on Wednesday afternoon at the Valpo Softball Complex on a winning note, carrying over its offensive prowess from the weekend as the Crusaders scored the first seven runs of the game en route to a 7-3 victory over IUPUI.

Thoughts From Head Coach Kate Stake
“I felt like Kenzie really did a good job maintaining control of the game today. She fed the defense behind her to get 14 groundouts, and also fielded her position well.”

“I was happy to see Addi be able to step right in and play well today. She’s really practiced well recently, and it carried over into the game today. Not only with her production at the plate, but her play in right field – she made a couple nice defensive plays.”

“We got good production today up and down our batting order. We always preach to our hitters to move the line, and we really did that well today. It was really nice in the middle of the game to score in back-to-back innings and keep the momentum on our side.”

Next Up
The Crusaders (15-8) will host Youngstown State in a three-game Horizon League series this weekend at the Valpo Softball Complex. Saturday's doubleheader will now start at 1 p.m., with the series finale slated for noon on Sunday. Links for live video and live stats will be available via ValpoAthletics.com.

Valpo Announces Schedule Changes For Weekend Softball Series
The Valparaiso University softball team has announced changes to the schedule for this weekend's Horizon League series with Youngstown State. The Crusaders will now host YSU for a doubleheader Saturday at 1 p.m., with the series wrapping up on Sunday with a single game at noon.

Crusader Volleyball to Host Summer Camp
Valparaiso volleyball head coach Carin Avery and the Crusader volleyball program will host its annual summer camp from July 10-13, 2017 at the Athletics-Recreation Center on the Valpo campus. The camp is open to both girls and boys, grades 3-12.

The Crusader volleyball 2017 summer camp offers a strong emphasis on fundamental volleyball skill improvement. Groups will be divided according to ability. Evening sessions incorporate competitive drills and games, leading to the Tournament of Champions.

The cost of the camp is $430 for overnight campers and $350for commuter campers. Campers can find more information about the camp and register online at www.valpovolleyballcamp.com.