By: Valparaiso University Last Updated: May 3, 2017 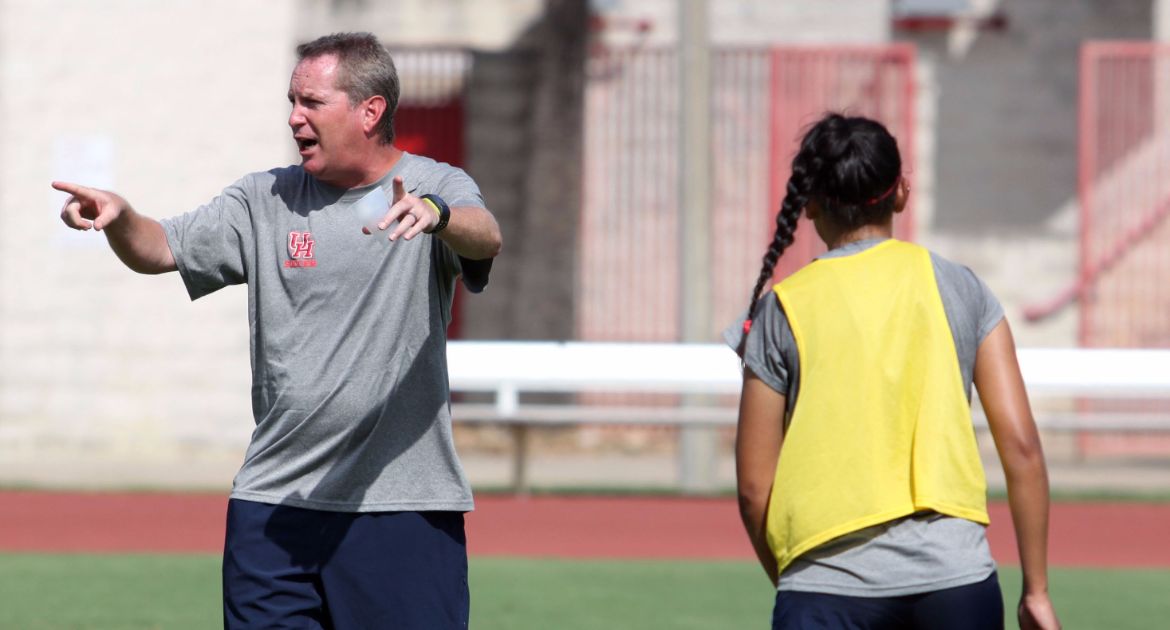 Pfau comes to the Crusaders after spending the last six seasons guiding the University of Houston women’s soccer program. Pfau was also the head women’s coach at Akron (2008-12) and Evansville (2005-06) before taking over at Houston.

“I’ve known Chris for the better part of 25 years,” Avery said. “He’s a longtime friend. He’s been one of my closest coaching confidants. He’s someone I’ve always talked to over the years about soccer, coaching, life and family. When I had the opportunity to bring him on staff, it was something I couldn’t pass up.”

At Houston, Pfau led the Cougars to their first postseason berth since 2010 in his first season. He coached Cami Koski to American Goalkeeper of the Year honors in 2013.

Pfau also had success during his time at Evansville, leading the Purple Aces to the 2006 Missouri Valley Conference Finals and the 2007 MVC Tournament. Evansville enjoyed the seventh-best improvement nationally in his first season in 2005.

Before his coaching tenure began, Pfau was a highly successful player at Old Dominion. He was a team captain, four-year starter and all-region honoree during his collegiate playing days, which spanned from 1985-89. Pfau went on to enjoy a lengthy professional playing career in the APSL, WPSL and WSL from 1989-99.

Roth is back to begin a second stint on Valpo’s staff in 2017. He was a member of Avery’s first recruiting class and played for the Crusaders from 2007-11. He appeared in 66 matches and made 42 starts during his collegiate career. After graduation, Roth spent four years on Valpo’s staff, including time as the reserve team coach and the director of soccer operations. He earned both his bachelor’s and master’s degrees from Valpo.

“Brendan has been with me as a player and as an assistant coach longer than anybody,” Avery said. “He has so much institutional knowledge. He loves the program dearly.”

Roth spent the 2016 season as the head coach at Calumet College of Saint Joseph’s.

“He’s really grown as a coach,” Avery said. “I can tell that the head coaching experience has been invaluable to him as a coach. He’s gained confidence, experience and savvy. I’m excited to add all of those elements into our staff.”

In addition, David Stroud returns for his fourth season as an assistant coach for the Crusaders. Stroud works directly with the team’s goalkeepers. Avery will have the rare luxury of having three assistants with previous head coaching experience.

“It’s a really experienced group,” Avery said. “We have ambitious players that not only want to do well while they’re here, but most of them want to play beyond here. We’ve put together a staff that can help them achieve those goals.”

The program continued its history of successfully helping assistant coaches advance their careers after stints under the tutelage of Avery.

Former Valpo assistants have gone on to hold positions at various notable programs. Rick King moved on to Duke, Jeff Oleck to Northwestern, Cailean Bailey to Yale, Phil Ruskin to Cal Poly and Andy McCaslin to Ferris State as the women’s head coach.

“That’s a testament to our program,” Avery said. “People recognize that we’re doing something right here at Valpo.”

The award is presented to teams that have an NCAA Division I Academic Progress Rate in the top 10 percent of all teams in their respective sport. The calculation of APR tracks the academic progress of each student-athlete and includes eligibility, retention and graduation.

The Crusaders and Wolverines will play a neutral site first-round match, as the four-team pod will be hosted by No. 16 Stanford. Valpo received a No. 3 seed within the four-team pod, avoiding a match with the host Cardinal.

“It was a surprise to draw Michigan and to go to Stanford,” Valpo head coach Jim Daugherty said. “It’s a pleasant surprise, and for the players it will be a nice, refreshing change to go to California. Michigan is a very good team, but we’re going in with a lot of confidence.”

The Crusaders did have head-to-head success against the Wolverines at the ITA Doubles Regional in the fall. Chad Kissell (Latrobe, Pa. / Greater Latrobe) and Dave Bacalla (Skokie, Ill. / Niles North) advanced to the quarterfinals of the ITA Midwest Regional in Columbus, Ohio by virtue of an 8-7 win over Michigan doubles combo Myles Schalet and Runhao Hua.

Valpo’s top doubles team of Jeffrey Schorsch (Perrysburg, Ohio / Perrysburg) and Charlie Emhardt (Carmel, Ind. / Carmel) lost a highly-competitive regional championship match to Michigan’s Jathan Malik and Kevin Wong. The match was a three-set thriller with each of the first two sets decided on tiebreaks, then the third set tiebreak was won by Malik and Wong 15-13.

Michigan holds a 22-6 record and went 10-2 in Big Ten play. The Wolverines reached the Big Ten Championship match, falling to No. 2 Ohio State 4-1. The Crusaders celebrated their Horizon League title on Michigan’s home court on Sunday, as the Horizon League Tournament was held in Ann Arbor. Valpo (23-3) set the program record for victories for the fourth consecutive season.

The winner of Valpo and Michigan will advance to play the winner of Idaho and No. 16 Stanford on Saturday, May 13. The four-team pod will be hosted at Stanford’s Taube Tennis Center, a historic 3,500-seat venue that has gone through many renovations and additions over the years after originally being built in 1926.

“It’s nice to play on a neutral court in the first round,” Daugherty said. “Playing at Stanford is very positive – the guys always get up for big venues like that. I don’t think there’s going to be an awe factor involved. They’re going to revel in the situation and take it all in. Being on a large stage just motivates them that much more.”