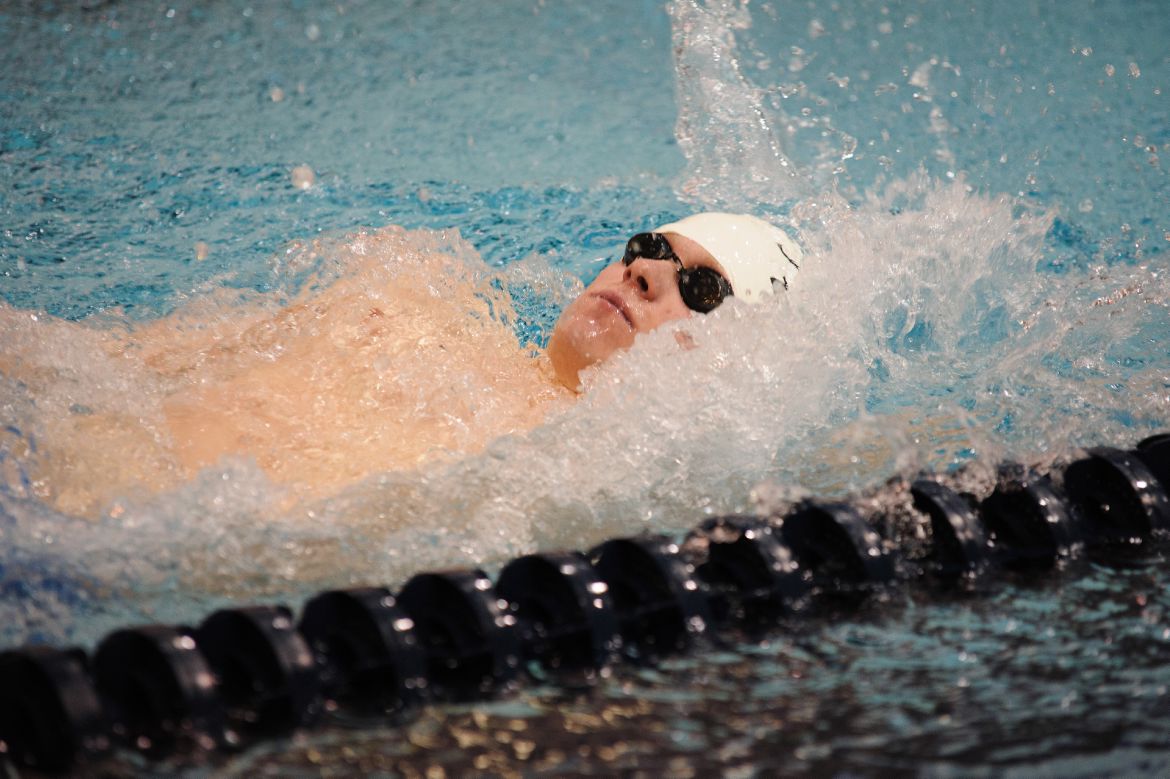 Swim Teams Continue Season Against WIU Sunday
The Valparaiso University men’s and women’s swim teams continued their respective 2015-16 seasons, swimming against the Fighting Leathernecks of Western Illinois on Sunday afternoon at the ARC. The men fell to WIU, 162-106, and the women suffered a 174-91 defeat.

Next Up
The Crusaders continue their homestand this Friday, Nov. 18, against Rose-Hulman Institute of Technology. The meet will begin at 5 p.m. at the ARC Pool.

Next Up
The Crusaders (20-15) will return to competition in three weekends as they travel to Kenner, La. to bowl at the Allstate Sugar Bowl Collegiate Bowling Invitational. The three-day tournament begins on Friday, Dec. 2.

Franklin Turns in Program’s Best Individual Scoring Performance since 1992 in Loss at Stetson
Dani Franklin (Cedar Rapids, Iowa / George Washington) had a fair share of memorable games during her first two seasons in a Valpo uniform. But the now junior reached a previously uncharted threshold in the Crusaders’ 87-75 season-opening loss at Stetson.

Franklin poured in a career-high 34 points in her first game as a full-time starter, serving as one of numerous bright spots in a loss to a quality team that has won 20 or more games in each of the last six seasons. The 34 points marked the fifth-best single-game performance in Valpo history and the best since 1992.

Next Up
The Crusaders (0-1) travel to Chicago State (0-1) to battle the Cougars on Wednesday at 7 p.m. CT. Links to audio and live stats will be available on ValpoAthletics.com.

Crusaders Fall in Regular Season Finale
The Valparaiso University volleyball team closed out the regular season Saturday evening in Milwaukee, Wis., falling to the Panthers of Milwaukee in straight sets (25-11, 25-16, 25-23). The Crusaders had already clinched a berth into the Horizon League Championship by virtue of Friday night’s results and will head to the league tournament next weekend in Cleveland as the sixth seed.

Next Up
The Crusaders (15-18, 6-10 Horizon) will head to Cleveland next weekend as the sixth seed for the Horizon League Championship and will face third-seeded Northern Kentucky in first-round action on Friday.

Valpo Continues Action In Kenosha Saturday
The #21 Valparaiso University bowling team posted a 3-2 record on the second day of competition, including a win over host #9 UW-Whitewater, on Saturday at the Warhawk Classic in Kenosha, Wis.

Thoughts From Head Coach Shon Washington
“We missed out on some opportunities again today to make a statement against some of the higher-ranked teams in the country. We have the skill, just not always the focus. We will need to find ways to keep ourselves mentally sharp throughout the day as the season progresses if we are going to achieve our team goals.”

Next Up
The Crusaders (19-13) close out action in Kenosha on Sunday with bracket play. Valpo is matched up with St. Francis (Pa.) in the first match of the bracket and can finish as high as ninth place.

Crusaders Fend Off Dolphins, Send Seniors Out in Style
The Valparaiso University football team finished a year of improvement with the largest improvement yet on Senior Day at Brown Field on Saturday. The Crusaders sprinted out to a 28-3 lead after one quarter and held on for a 42-39 victory over Jacksonville. The victory marked a significant step forward for the Crusaders, who lost to the Dolphins by 45 points last season. Valpo finished the year with its highest league win total since 2003.

Bowling Returns to Action Friday at Warhawk Classic
After a weekend away from competition on the lanes, the #21 Valparaiso University bowling team returned to action Friday on the first of three days of the Warhawk Classic in Kenosha, Wis.

Next Up
The Crusaders (16-11) return to action on Saturday with the second day of competition, which will be contested in the traditional team format.

Crusader Cross Country Squads Close Season at NCAA Regional
The Valparaiso University men’s and women’s cross country teams finished their respective seasons Friday as they competed in the NCAA Great Lakes Regional Championship, held in Madison, Wis. The men’s squad placed 29th in the 10K and the women finished 31st in the 6K at the Championships.

Carlson, Bruinsma Earn Academic All-League Honors
The Valparaiso University volleyball team had a pair of players honored as the Horizon League announced its volleyball Academic All-League recipients on Friday, as senior Rachel Bruinsma (New Era, Mich./Western Michigan Christian) and sophomore Katherine Carlson (Lake Orion, Mich./Notre Dame Prep) earned the award for their performance on the court and in the classroom.

The Horizon League recognizes student-athletes with Academic All-League Teams in each of its 19 championship sports. To be eligible for Academic All-Horizon League consideration, a student-athlete must have a cumulative grade-point-average of 3.20 or higher (based on a 4.00 scale) and have completed at least one year at the member institution, having earned 24 semester-hour or 36 quarter-hour credits.

Rachel Bruinsma (Sr.) – Is currently tied for team-high honors with 94 blocks on the season. Ranks second on the team in blocks/set and in service aces. Has tallied five or more blocks on seven occasions, including a career-best nine blocks earlier this season against Milwaukee. Owns a 3.754 cumulative GPA as a biology major and has been a member of the Horizon League Academic Honor Roll each semester eligible.

Katherine Carlson (So.) – Ranks second on team in both total kills (336) and digs (298). Also leads the Crusaders with 37 service aces, ranking seventh in the Horizon League in aces/set. Has registered 10 double-doubles on the season, including a pair of triple-doubles in the last three weeks. Set new career highs in a triple-double performance against Wright State with 22 kills and 28 digs. Owns a 3.867 cumulative GPA as a business management major.