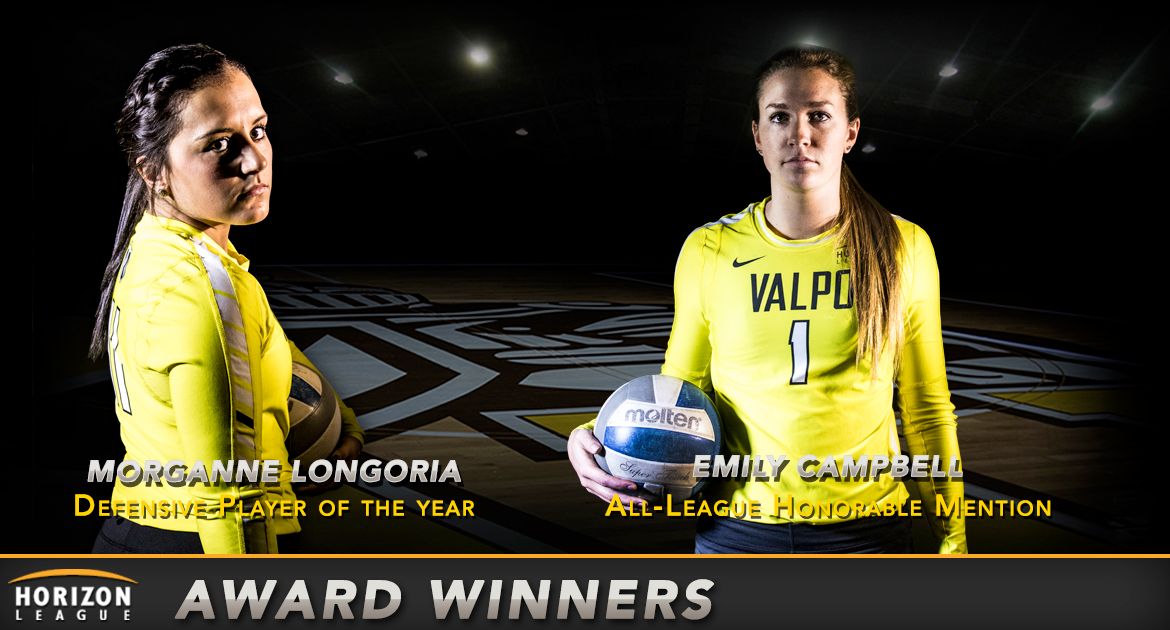 Longoria earns the league’s top defensive honor and a spot on the All-League Team for the first time after leading the way for Valpo all season long in the back row. The senior tops the Horizon League and ranks among the nation’s best with 5.23 digs/set, while her 649 total digs are sixth-most in a single season in program history. Longoria, who has also moved into third place in career digs at Valpo, has especially stood out over the past month-plus, as she has taken on the role of primary setter in addition to her libero play and has averaged 5.36 assists/set over the last 12 matches.

Longoria becomes the third consecutive Valparaiso libero to finish her career by earning the Horizon League Defensive Player of the Year award, as both Brittany Malicoat and Taylor Root do so previously. The trio has combined for six of the last 10 league Defensive Player of the Year honors. For Longoria, it was the second time she has received postseason recognition at the league level, following her selection to the All-Newcomer Team in 2013.

Campbell receives Honorable Mention All-League honors after battling back from injury earlier in the season to lead the Valpo offense. The senior posted a team-high 3.06 kills/set overall and 3.12 kills/set in Horizon League play, while also contributing an even three digs per set in league action in the back row. For Campbell, she has earned postseason honors in each of her four seasons, as she was an All-Newcomer choice in 2013, the league’s co-Player of the Year in 2014 and an All-League honoree in 2015.