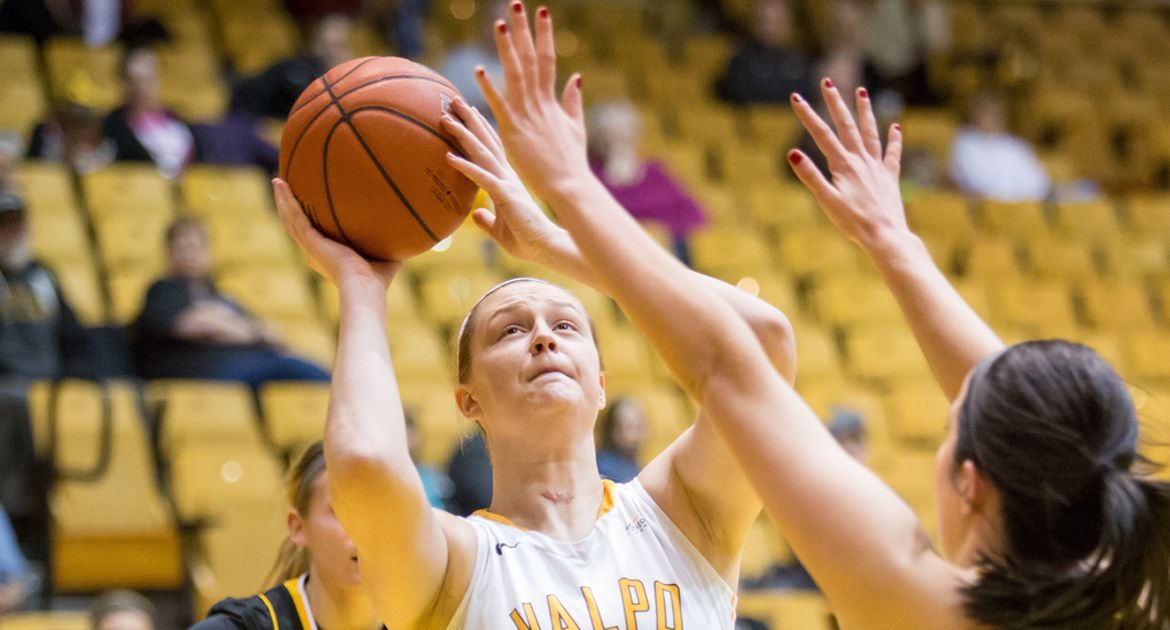 Valpo placed ninth in the regular season standings a year ago, finishing at 10-21 overall and 5-13 in the Horizon League. The season ended on a high note as the Crusaders captured a dramatic, overtime victory over Detroit Mercy 94-91 in the first round of the Horizon League Tournament. Valpo finished the year one game ahead of 10th-place UIC and one game behind eighth-place Cleveland State.

The Crusaders collected 74 points in the preseason poll. After winning the regular season and tournament titles each of the last two years, Green Bay was once again picked atop the conference, hauling in 29 of the 30 first-place votes. Detroit Mercy’s Rosanna Reynolds was selected as the league’s Preseason Player of the Year.

The Crusaders host Indianapolis in an exhibition game on Thursday at 7 p.m. at the Athletics-Recreation Center. Valpo cranks up the regular season on Saturday, Nov. 12 at Stetson.

The Valpo duo will face off with Denver’s Alex Gasson and Yannik James on Thursday at 1 p.m. Central Time in the first round.

The event will be held at the USTA Billie Jean King National Tennis Center in Flushing Meadows, N.Y. Schorsch and Emhardt form one of 20 doubles teams in the national to qualify for the event.

Schorsch and Emhardt were awarded an ITA Wild Card Selection after finishing as the runners-up at the ITA Midwest Regional. In the process, they became the first players in Valpo history to qualify.

Gasson and James won the Mountain Regional by defeating a team from Boise State 6-2, 6-2 in the final on Oct. 23. Gasson, a junior, went 17-7 in singles last spring and finished 9-11 in doubles. He was on the 2016 Summit All-League Team and made an appearance in the NCAA Tournament. James, also a junior and Summit All-League honoree last season, went 16-6 at No. 3 singles and accumulated a 17-6 doubles record a year ago.

The winner of the first-round match between the Valpo and Denver duos will advance to play at 4:30 p.m. Central Time on Thursday against California’s Filip Bergevi and Florian Lakat, who have a 7-0 doubles record this fall. Links to live stats to all matches will be available on ValpoAthletics.com.