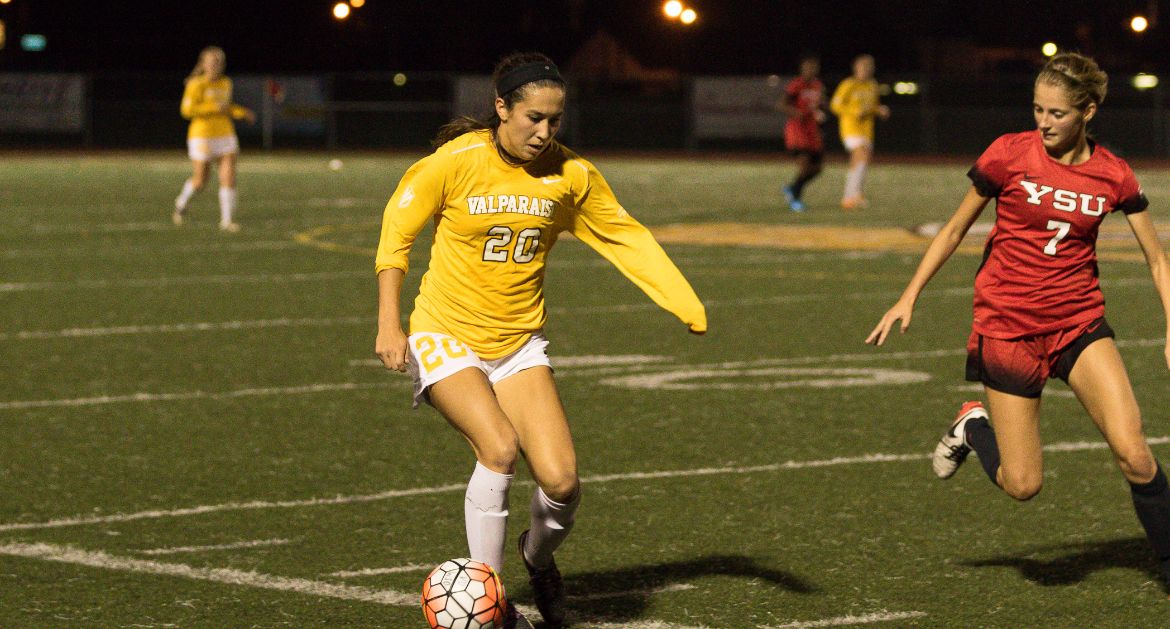 Thoughts From Head Coach John Marovich
“I was impressed with how our players tonight handled adjustments in such a professional way. The commitment to the process is what helped us adjust and find a way tonight.”

“Tahelah was very effective for us tonight because she committed to pressing and getting to the end line. Her pace, pressure and commitment to detail created the assist, and Morgan did a real nice job finishing in front of goal.”

“We had lots of solid performances tonight, in areas where players made decisions based on their specific skill sets. Caitlin Oliver, Cory Griffith and Kelsey Jahn made some really big plays by being relentless tonight. Our final goal tonight was executed by a fantastic pass from Grace Rogers, and April Cronin was there with a composed finish”

Next Up
The Crusaders (8-8-0, 4-3-0 Horizon) close out their regular season home slate at Brown Field Saturday night against Oakland. Kickoff is slated for 7 p.m., with live stats available via ValpoAthletics.com.