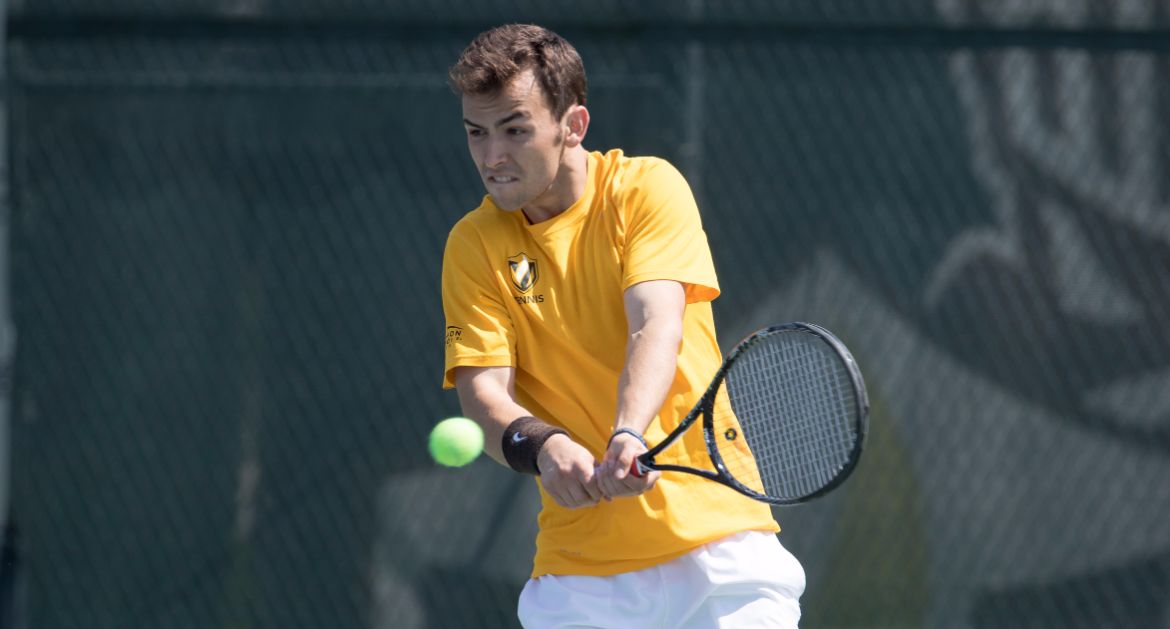 Next Up
The third round of qualifying will take place on Friday as Kyle Dunn squares off with Notre Dame’s Brendon Kempin. Later in the day, the first round of the main draw and the first round of doubles will get underway. Charlie Emhardt, Jeffrey Schorsch, Chad Kissell and Dave Bacalla are all part of the main draw. In addition, Kissell and Bacalla will team up for doubles, while Emhardt and Schorsch will also represent the Crusaders in doubles competition on a busy Friday at the ITA Regional Championships.

Next Up
The Crusaders will continue competition at the ITA Regional Championships in East Lansing, Mich. on Friday. Valpo has a pair of doubles tandems set to participate as Hebble and Heuer form one team, while Sysouvanh and Meg Modesto create the other.

Bowling Announces 2016-17 Schedule
The #21 Valparaiso University bowling team announced its complete schedule for the upcoming 2016-17 season on Thursday, highlighted by a pair of events the Crusaders will host – including this weekend’s Crusader Challenge at Inman’s.

Following this weekend’s season-opening tournament, Valpo will head to tournaments hosted by Fairleigh Dickinson (Oct. 28-30), UW-Whitewater (Nov. 11-13) and Tulane (Dec. 2-4) to complete the fall portion of its schedule.

After a break for the holidays, the Crusaders return to action at Arkansas State Jan. 13-15 and then head to Kutztown Jan. 20-22. Valpo will then host its second tournament of the year, welcoming teams to Lakewood Bowl in Richton Park, Ill. for the Crusader Classic Feb. 17-19.

The regular season will conclude for Valpo with tournaments at Nebraska (Mar. 2-4) and Vanderbilt (Mar. 17-19). The Southland Bowling League Championship will be contested Mar. 24-26 in Jonesboro, Ark., while the 2017 NCAA Bowling Championship is slated for Apr. 13-15 in Baton Rouge, La.

Weiler joins the Valpo Athletics team following an 11-year stay at Loyola (Ill.), where he was the Ramblers’ assistant director of athletics for facilities as well as the director of Gentile Arena. At Loyola, Weiler was responsible for managing scheduling and maintenance of Gentile Arena, the former Alumni Gym, and Hoyne Athletic Field, as well as supervising Loyola game management staff.

“Establishing a position with sole responsibility for the oversight and management of our facilities is an important step forward for Valpo Athletics,” said LaBarbera. “Being able to fill this important position with a professional with Erik’s background and experience is a home run.”

Anthony is in his ninth year as a member of the athletic department’s administrative staff and his 19th year overall with Valparaiso University athletics. After spending 10 years as the Crusader women’s soccer head coach, Anthony transitioned into administration in January 2008 as the associate director of athletics for business services.

“Stephen has served in a number of administrative areas over the past 11 years,” said LaBarbera. “His understanding of our department is extensive and is important to achieving our goals. The combination of organizational changes and the recent addition of experienced staff better positions Valpo Athletics to support all of our coaches and student-athletes.”