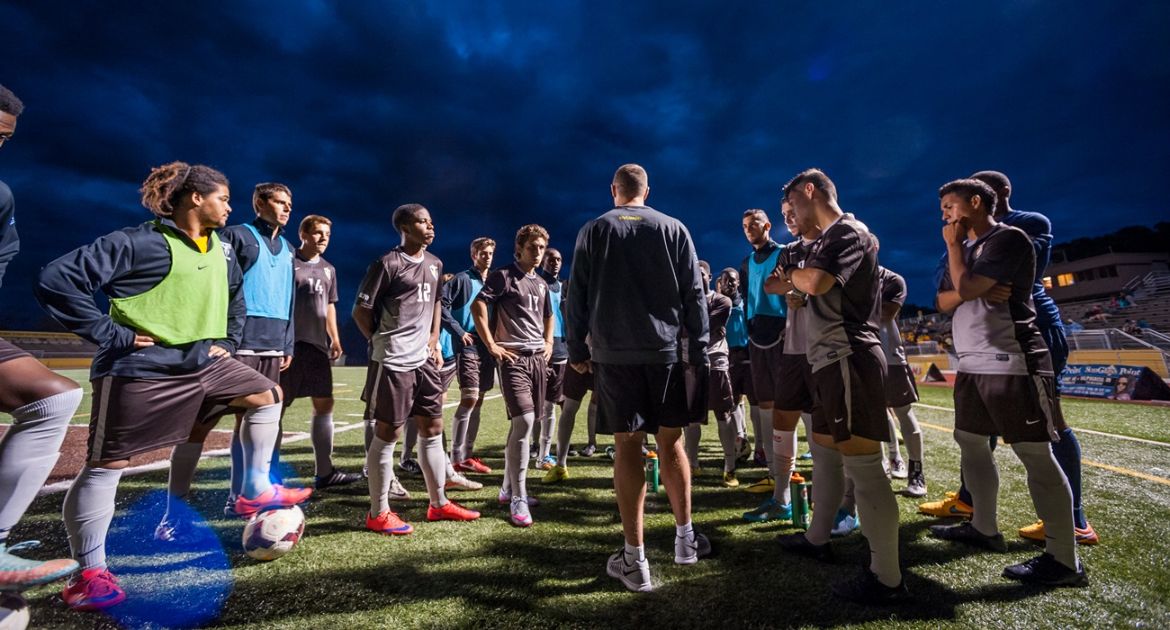 Valpo Men Receive NSCAA Team Academic Award
For the 14th straight year, the Valparaiso University men’s soccer team has been awarded with the National Soccer Coaches Association of America (NSCAA) Team Academic Award, as announced this week by the organization.

The Crusaders have the third-longest streak in the nation, bested only by 16-time recipient Carleton College (2000-present) and 15-time recipient Penn (2001-present).

The NSCAA Team Academic Award is awarded to soccer programs whose student-athletes have excelled in the classroom. The award is given annually, and in order to qualify a program must obtain a composite grade point average of 3.00 or better for the academic year. This year’s award is based on the composite GPA for the 2015-16 school year. The Crusaders earned the award with a GPA of 3.01.

Valparaiso was one of five Horizon League programs to earn this year’s honor from the NSCAA. The Crusaders were joined by UIC, Detroit Mercy, Belmont and Northern Kentucky.

The award is presented to soccer programs annually with a composite grade point average of 3.00 or better for the academic year, including both fall and spring semesters. The award is for the previous academic year, making this year’s award for the 2015-16 school year.

The Crusader women's squad posted a team GPA of 3.53 during the 2015-16 academic year to earn the honor for a 14th straight season. Valpo was one of seven Horizon League programs to earn the honor.

Up Next
The Crusaders will have over two weeks away from competition, then they will return to the course for the Braun Intercollegiate beginning on Monday, Oct. 24 at Oak Meadow Country Club in Evansville, Ind. The Braun Intercollegiate is the final tournament of the fall slate. A link to live stats will be available on ValpoAthletics.com.