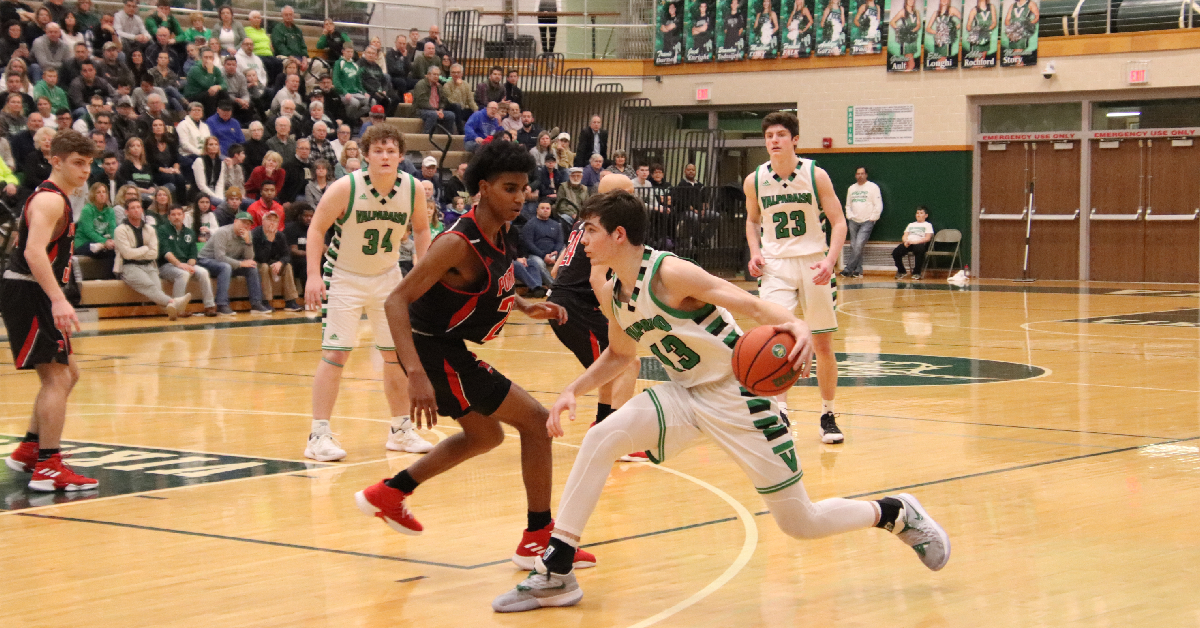 When looking back on the most memorable experiences of high school, many people remember squeezing into bleachers with bags of popcorn as they rooted for their favorite team to rebound, dribble, and alley-oop their way to victory. Basketball in the Region has become a culture of brotherhood, comradery, and community. Friday night’s game where the Valparaiso Vikings took on the Portage Indians showcased Northwest Indiana’s powerful basketball culture.

The bleachers at Valparaiso High School were full of cheering fans as the Vikings walked onto the court with an 8-4 season to face the Indians with a 7-4 season. Both teams knew what they were up against, seeing the fight, passion, and skill in the other team and preparing for a great game.

Fans of the Vikings and the Indians spoke up about what makes their team special and why they come out to the game.

“You can just see their team chemistry,” Winkel said. “They’ve got a good thing going.”

“They have great sportsmanship and great teamwork,” Gutenstein said of the Vikings. “They are very determined, and it’s just fun to watch them. Go, Vikes!”

The cheers for the Vikings rang out at Valpo High School as Brandon Newman, shooting guard, dazzled the crowd with slam dunks. The encouragement for the Indians rivaled those of the Vikings, with fans clapping and cheering at each of their team’s little victories. Matthew Zmija of Portage High School could hardly contain his excitement as the Indians scored six straight points coming out of halftime.

For some, their pride for their favorite team is almost palpable. Marco Traino of Valparaiso High School stood with fellow supporters from the high school for the entire game, careful to not miss a moment of the excitement.

“It’s so fun to be here,” Austyn Rentschler, a Valparaiso High School student, added. “Everyone in the student sections is here for the fun of it. We forget our differences and just enjoy the game.”

The Vikings took the win at Friday night’s game, defeating the Indians with a final score of 84-50. Fans from all sections illustrated how the outstanding sportsmanship shown by the players inspires others to show the same respect and rose to their feet to clap for players on both teams.

“It’s all about coming together, watching these kids give it their all, and cheering them on,” Tomas Garcia, fan of the Indians, said. “We didn’t take home a win today, but I’m so proud of those boys.”

“We’ve got really talented players that play really hard for each other,” Coolman said. “It’s kind of the tradition of Valpo that these guys are carrying on and continuing to work for us.”

For many, the energy from the night’s game was unrivaled. The basketball culture created in Northwest Indiana is one with a long history and a bright future. The Vikings and the Indians came to Valparaiso High School hoping to add a win to their record. While only the Vikings succeeded, both teams left with a strong brotherhood, a supportive community, and a love for the game.