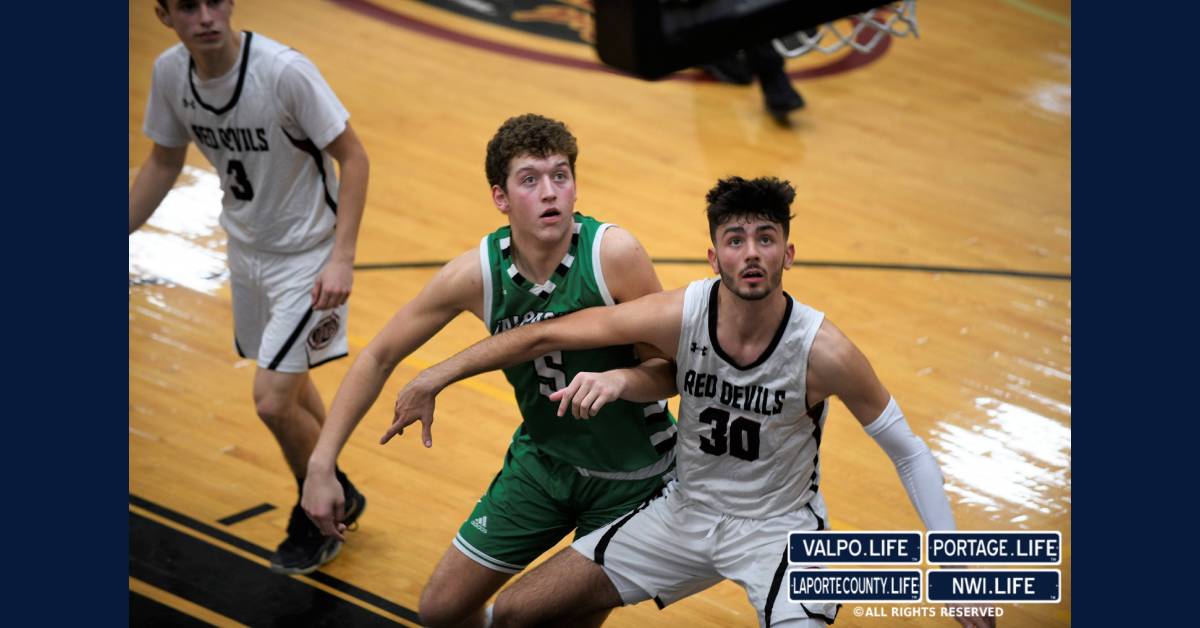 The Valparaiso Vikings were victorious against the Lowell Red Devils on the Red Devil’s home court Friday night. The varsity boys basketball team tipped off with the Vikings gaining possession early on, but it was the Red Devils’ Christopher Mantis who sunk the first basket.

Top scorers for the VIkings were #50 Cooper Jones with 23 points, #33 Mason Jones with 10 points, and #4 Breece Walls with 13 points. The Red Devils’ top scorers were #30 Christoper Mantis with 20 points, #3 Tyson Chavez with 10 points, and #5 Hunter Polak with eight points. The Vikings next take on the Kankakee Valley Kougars in a non-conference game while the Red Devils will face the Portage Indians in a non-conference game.