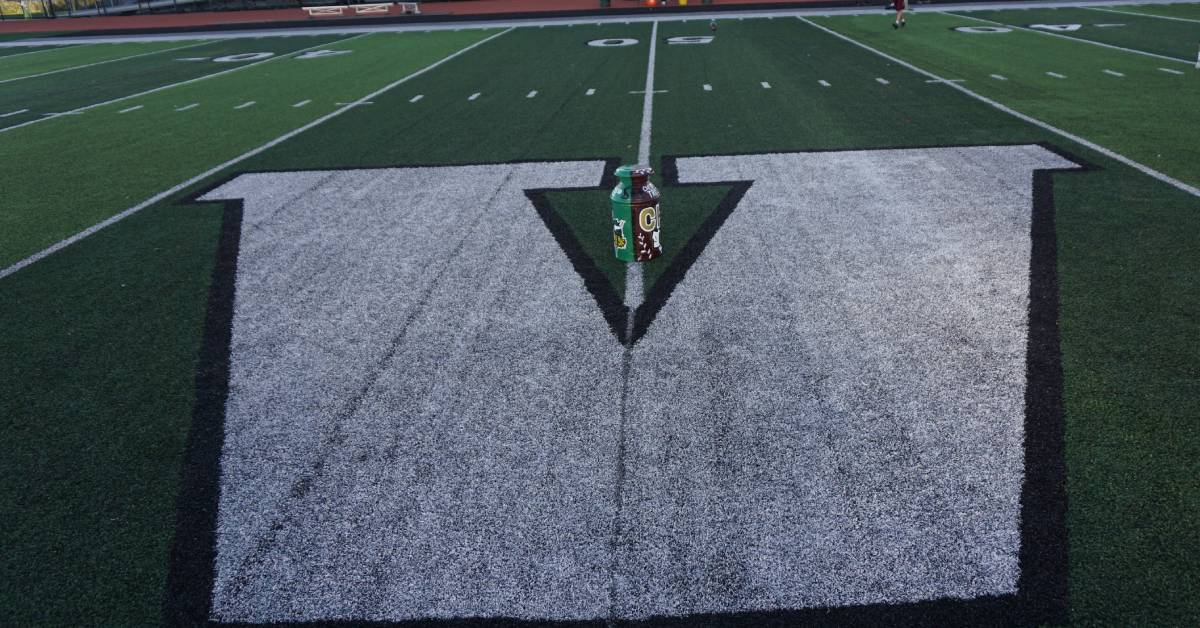 The Valparaiso Vikings were proud to welcome the Chesterton Trojans to their annual Patriot Night matchup. The annual game offers a heartfelt tribute to law enforcement officers, firefighters, military members and all those who serve this great nation, honoring them for their service and sacrifice to our country. This year's Patriot Night celebration – which was scaled back due to COVID-19 safety regulations - was nonetheless filled with enthusiasm and respect for those brave men and women who put their lives on the line for us every day when they put on their uniform.

The night kicked off with the home team Vikings taking the field, each carrying a United States flag, with a few members chosen to carry flags representing specific military and law enforcement branches. The Vikings gathered in the end zone, then ran full-speed to the 50-yard line, before running to the sidelines in a display of honor and respect, then finally holding their flags for the playing of our national anthem as a helicopter slowly circled overhead.

This year's matchup began as a game of defense, with the first quarter largely scoreless, until the Chesterton Trojans jumped out to an early lead, with defensive back Patrick McLaughlin taking an interception and running it all the way to the end zone with less than three minutes left to play in the first quarter.

The Trojans continued on the offensive, building their lead to 14-3 over the Vikings on a punt return early in the second quarter until Valparaiso’s breakout running back, Tommy Burbee found his footing, beginning with a 32-yard run in the second quarter that seemed to knock the wind out of the visiting team.

The 6’2”, 175 pound running back/wide receiver has made quite a name for himself in last year’s matchup against the Trojans, a game where he ran for a then-career-high for 235 yards, a feat which he destroyed in this year’s game, which saw the senior run for 305 yards. Burbee’s efforts, combined with a strong defensive shown by the Vikings with three consecutive sacks against the Trojans held back the visitors, while Burbee’s third and final touchdown clinched the game for the home team and, ultimately drove the game home, with a final score of 30-21 Valparaiso.

In the end, Valparaiso’s ground game was responsible for 380 of the Viking’s 428 offensive yards, driven largely by the efforts of Burbee, and proved to be too much for the Trojans.

The end of the matchup saw the Vikings carrying the coveted milk jug trophy back home to Valparaiso once more, in a football season that has not been without its challenges. The Vikings have only played two of five scheduled games this season thus far, due to the opposing teams canceling because of positive COVID-19 results.

The 3-0 Vikings are set-up for a tough match-up with another home-field advantage next week in a conference game against the Crown Point Bulldogs, who are currently 3-2.