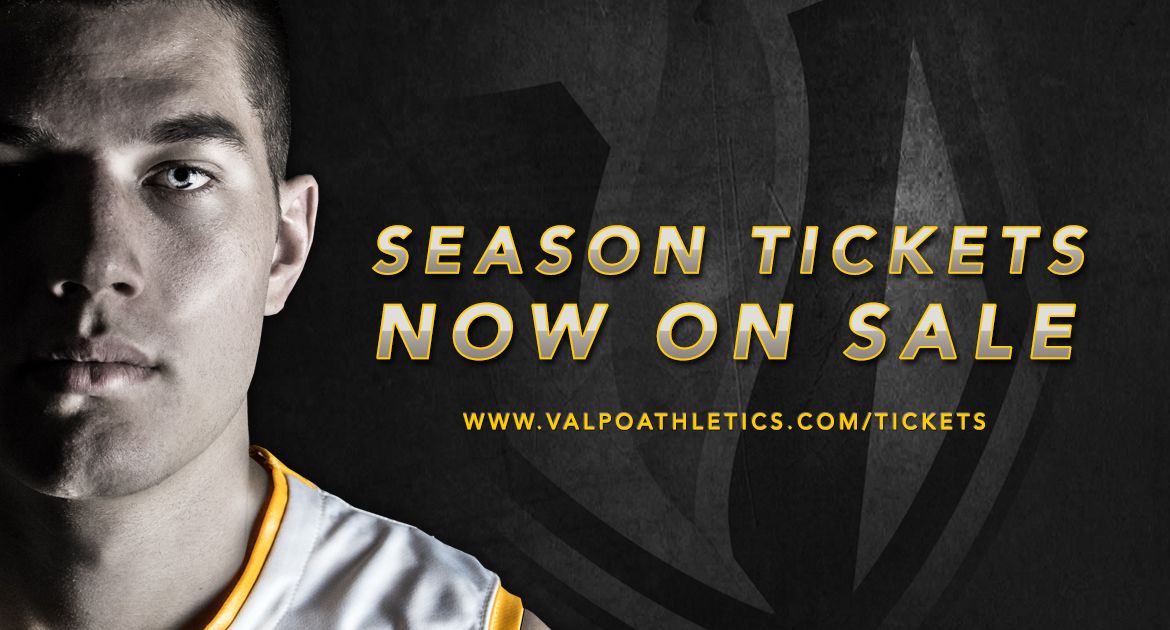 Coming off of a record-setting 28-win season last year and the program’s second trip to the NCAA Tournament in the last three seasons, Valparaiso men’s basketball season tickets are on sale now for the 2015-16 campaign.

The home schedule this season features nine Horizon League games, which includes three games against postseason teams from last season and the first appearance at the ARC by league newcomer Northern Kentucky. The non-league slate is highlighted by a visit from Belmont, which won the OVC title and appeared in the NCAA Tournament last year. The full schedule, including game dates and times, will be released in the coming weeks.

Prices for season tickets for the 2015-16 campaign start as low as $159 for the general public and $119 for faculty, staff and recent alumni (graduated May 2011 or later) for reserved bleacher seating. Chairback seats are $399 apiece for the general public and $299 each for faculty, staff and recent alumni, while courtside chairbacks are $549 apiece. Contact the Valpo ticket office at 1-877-MY-VU-TIX or 219-464-5233, e-mail ValpoAthletics@valpo.edu or visit the ticket office (open M-F, 10 a.m.-4 p.m.), located in the main lobby of the ARC, for more information or to order tickets.