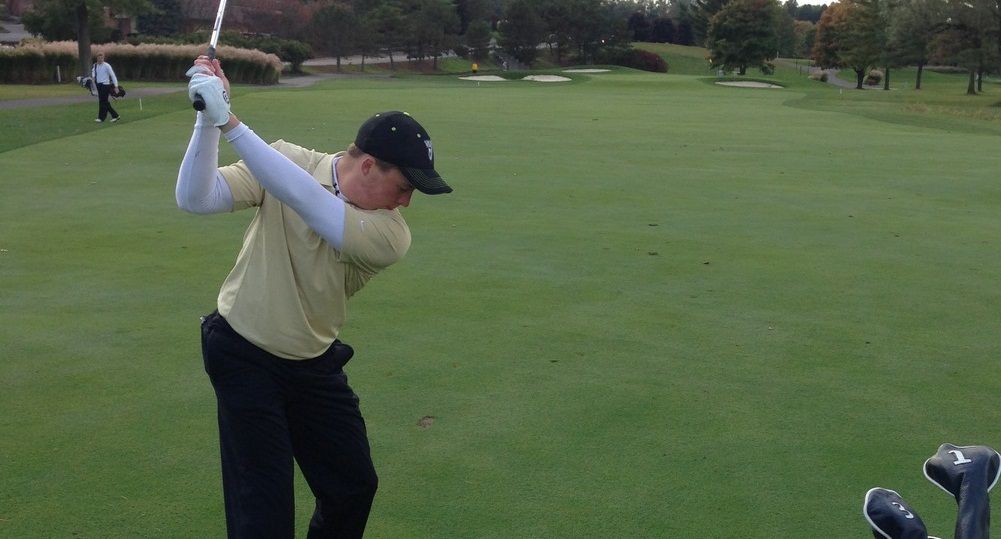 The Valparaiso men’s golf team wrapped up their first tournament of the spring on Tuesday when they finished off the final 18 holes of the Bash at the Beach Collegiate Invitational in Myrtle Beach, S.C.

The Brown and Gold duplicated their performance from a day ago, carding a team score of 299 for the second straight round, putting their final team score at 887, good for 11th out of the 17 team field.

Peter Webb (Madison, Wis./James Madison Memorial) topped the Crusaders individual performances, shooting a final round of 70, finishing in a tie for tenth place. His total score of 211 was good enough for -2 overall in relation to par.

Zach Cutler (O’Fallon, Mo./Timberland) and Jared Magoline (Fond du Lac, Wis./Fond du Lac [Marquette]) both finished the tournament with a 56-hole score of 225, with Cutler hitting a 75 in the final round, while Magoline carded a 74.

Right behind them was Eric Winters (Elgin, Ill./Saint Edward) who finished the last 18 holes with an 80 (226). Rounding out the Crusaders’ efforts was Joe Harris (Washington, Iowa/Washington) with an 86 (240).

The Crusaders will now return to Northwest Indiana and start preparing for their second tournament of the spring, the Wallace Jones Warhawk Invitational at the Black Bear Golf Club in Delhi, La. That tournament will take place on March 23 and 24, and results can be found at ValpoAthletics.com.