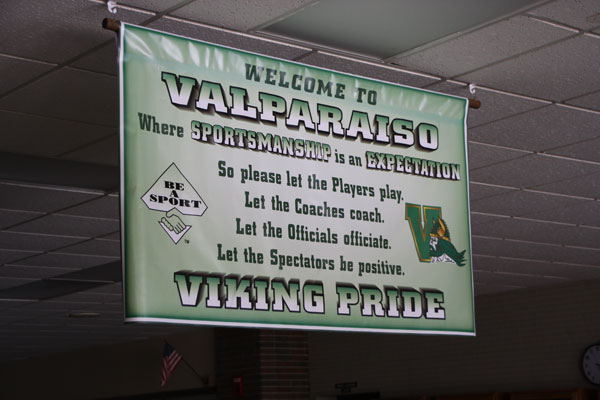 The Valparaiso High School cross country season was a success for both the boys and the girls teams, as both squads placed high in the state meet. Even more honors came across for the teams, as the Duneland Athletic Conference released the All-Conference squads.

Katelyn DeVries was named the DAC Most Valuable Runner after her stellar season, and is joined by Tiffany Fortney, Erica Wirsing, and Lauren Bigger in being named to the 2010-2011 DAC Girls Cross Country All Conference Team.

The Vikings were also well represented on the Boy’s All Conference Team, sending Ahmad Aljobeh, Peyton Reed, Ari Coulopoulos, and Michael Bobos all to the 12-man DAC team.

Congratulations to both teams on an awesome season!